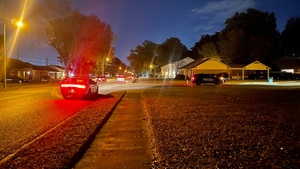 FOX13 has learned new details about the shooting death of a 16-year-old girl.

The shooting occurred at around 8 p.m. on November 21 at a home on the 2700 block of Curtis Street, in Parkway Village.

The victim was found with a gunshot wound.

She was taken to a hospital in critical condition and was later pronounced dead, Memphis police said.

MPD said an investigation showed the victim was in the house with friends when the shooting took place.

One of the friends, a 13-year-old girl, was with other children passing a gun around, MPD said.

The gun went off and hit the victim.

The 13-year-old is now charged with reckless manslaughter.

MPD said 30 children have been violently killed so far this year; Of those, 22 were homicides, six negligent homicides, and two justifiable homicides.

Check back later for updates on this developing story.

Download the FOX13 Memphis app to receive notifications of the latest news near you.