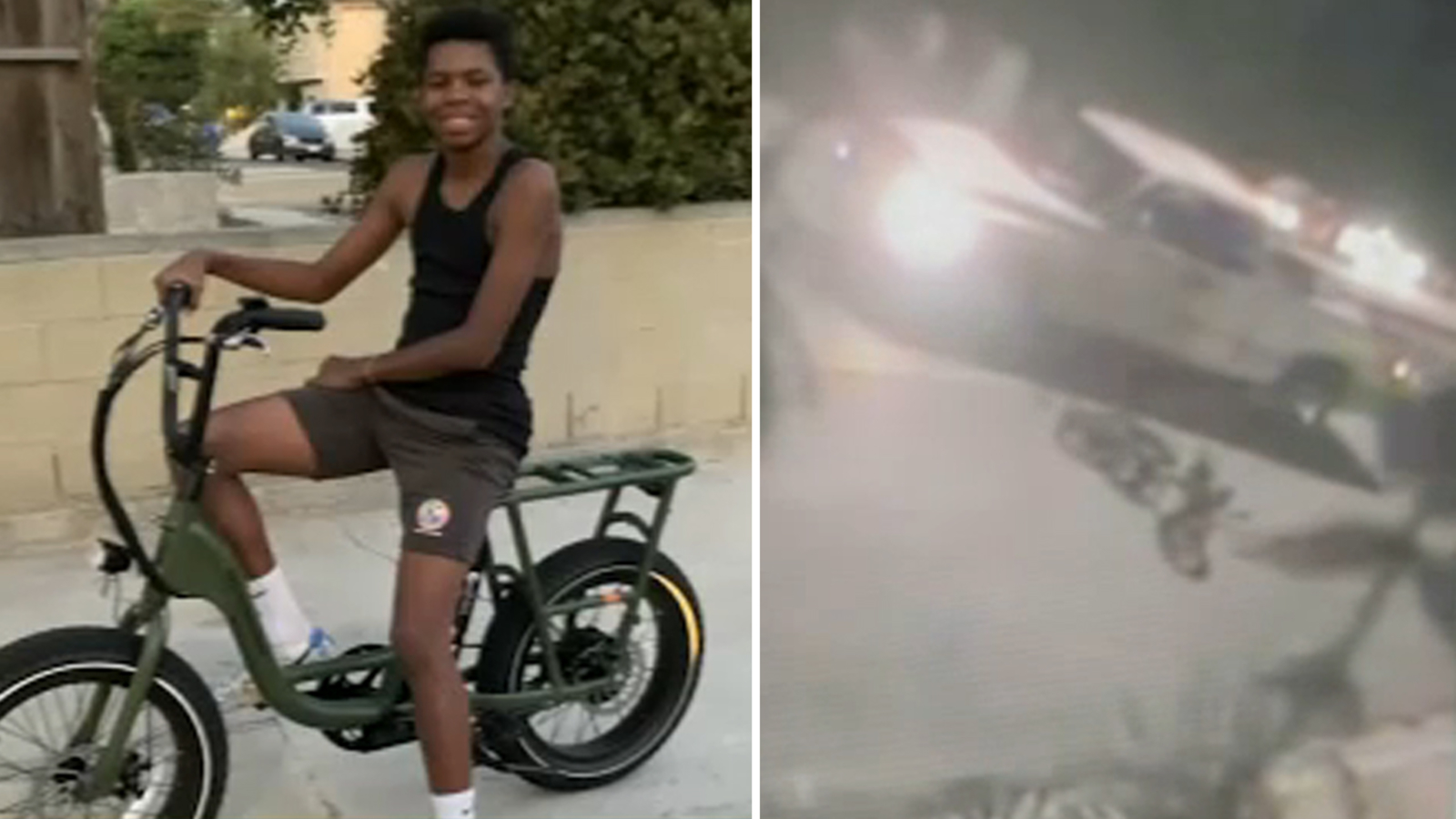 REDONDO BEACH, California (KABC) — A 15-year-old boy in Redondo Beach was hit by a driver while riding his bike over the weekend and his family now hopes the surveillance video capturing the incident will help locate the person who left the teen seriously injured.

LeBron Godoy says he was riding his bike in the 1200 block of Rindge Lane on Saturday night when the driver of a white pickup truck suddenly hit him.

“I thought he was going to continue,” the teen said. “I thought I was going to die, to be honest. I was really scared… had no idea what to do or anything like that.”

The hit-and-run was captured on surveillance video, which shows LeBron being dragged by the truck and then climbing out from under the front of the vehicle.

“I remember being dragged under the car and holding out my hands to protect my face because my helmet was knocked off as soon as I was hit,” said LeBron.

The teen’s body is now covered in burns and bruises from the sidewalk.

“When I saw the video, it hit me,” said LeBron’s mother, Christina Evans. “I realized how lucky he is to be alive. How it could have turned out differently.”

Fortunately, LeBron escaped with his life and his bike.

“I told him to get off my bike because he was on it,” said the teen. “After saying that a few times, it went through his mind and he backed up…my bike shot up and fell backwards.”

The teen’s family said the driver rounded the bike and drove off, without providing assistance.

LeBron told Eyewitness News that he believes the driver was intoxicated.

“One eye was open and one eye was closed, his mouth was wide open… He was absolutely drunk,” he said.

The surveillance video is now in the hands of the police, who have now launched an investigation. The suspect’s vehicle is described as an older model pickup truck with yellow or orange lights and a rack in the front.

LeBron and his mother hope the public can help track him down.

“I have hope and faith in this community that we will find this person who has left the scene,” Evans said. “That’s what we want him to be found and for him to answer as to why he left the scene.”

Meanwhile, the family has set up a GoFundMe to help with medical expenses.