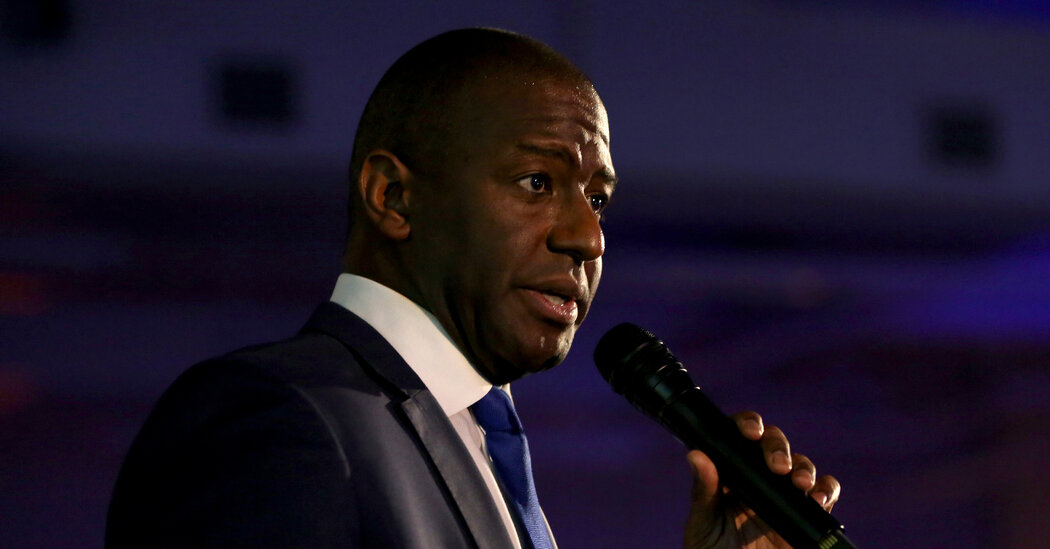 MIAMI — Andrew Gillum, the Democrat who lost Florida’s 2018 gubernatorial race to Ron DeSantis, surrendered to federal authorities in Tallahassee on Wednesday after he and a close associate were charged with conspiracy and 19 counts of fraud on how they raised and used funds when he was mayor of Tallahassee and a candidate for governor.

Mr Gillum, 42, was also charged with making false statements to the FBI. He is due in court on Wednesday afternoon.

The arrest is the latest detour in Mr. Gillum’s once-rising career. He came within 32,000 gubernatorial votes — which would have made him Florida’s first black governor and a future White House hopeful — only to lose political leadership and face personal struggles. In 2020, police found him in a Miami Beach hotel room where another man was suffering from a possible drug overdose.

The charges stem from a federal investigation into Tallahassee City Hall that began in 2015 and involved undercover FBI agents posing as developers. The inquest’s revelations, including that Mr Gillum had socialized with the undercover officers in New York, where they took a boat ride to the Statue of Liberty and saw the hit Broadway musical “Hamilton”, were an issue in the 2018 campaign. Mr. DeSantis, a Republican, said at the time that Mr. Gillum could not be trusted to lead the state.

The 21-count indictment against Mr Gillum shows a grand jury filed the charges against him on June 7. Sharon Lettman-Hicks, 53, a confidant of Mr Gillum since he was at university, was also charged.

In a statement, Mr Gillum said he had run all his political campaigns “with integrity”.

“Make no mistake, this case is not legal, it is political,” he said. “I’ve had a target on my back since I became mayor of Tallahassee. They found nothing then, and I have full confidence that my legal team will prove my innocence now.

The indictment covers events involving Mr. Gillum and Ms. Lettman-Hicks from 2016 to 2019. The misrepresentation charge against Mr. Gillum relates to his interactions with undercover officers.

According to the indictment, beginning in 2016, Mr. Gillum and two unnamed associates solicited campaign contributions from undercover agents for Mr. Gillum’s new Forward Florida Political Action Committee. To keep the names of the agents confidential, the partners promised to channel the contributions through other means, including through Ms Lettman-Hicks’ company, P&P Communications. In exchange, they were promised “unencumbered government contracts”, according to one of the unnamed associates.

The indictment says that when Mr. Gillum voluntarily spoke to FBI agents in 2017, he “falsely represented” that undercover agents posing as developers never offered him anything and that he had stopped communicating with them after trying to tie their contributions to supporting potential Tallahassee projects.

The fraud and conspiracy charges relate to dealings between Mr. Gillum and Ms. Lettman-Hicks regarding P&P Communications and Mr. Gillum’s campaign.

In 2017, when he became a gubernatorial candidate, Mr. Gillum resigned from his position with People for the American Way, a liberal advocacy group whose Tallahassee office was leased to Ms. Lettman-Hicks. Mr. Gillum lost his annual salary of $122,500 and Ms. Lettman-Hicks lost $3,000 in monthly rent. Mr. Gillum was also paid around $70,500 a year as mayor, a post he held from 2014 to 2018.

Mr. Gillum then became an employee of P&P Communications, where he received a monthly salary of $10,000. According to the indictment, Mr Gillum’s hiring was “just a cover used to provide him with funds he lost” after he resigned from People for the American Way.

When Mr. Gillum and Ms. Lettman-Hicks applied for $50,000 in grants from two anonymous organizations, the money was intended to be used for the campaign to champion local solutions, an effort by Mr. Gillum to fight efforts of the State to anticipate the power of local authorities. Instead, according to the indictment, that money ultimately went to P&P Communications to pay Mr Gillum.

In 2018, according to the indictment, Mr. Gillum and Ms. Lettman-Hicks defrauded an anonymous campaign donor who had donated $250,000 intended for Mr. Gillum’s campaign. Instead, $150,000 of that sum was diverted to Mr. Gillum’s political action committee and to P&P Communications.

Eventually it was erroneously listed in Mr. Gillum’s campaign finance report as reimbursement for “Get Out The Vote Prospecting”.