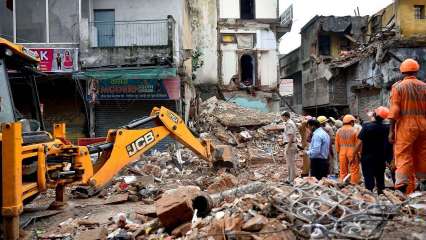 Illegal constructions and encroachments have always plagued Delhi and often prove to be a hot political problem. In contrast, while the ruling Aam Aadmi Party (AAP) provides a range of schemes for slum dwellers, including free water and electricity, the Municipal Corporation of Delhi (MCD) has regularly demolished illegal structures.

Things escalated in April this year when the BJP-led MCD destroyed several jhuggis in Jahangirpuri following violence during a Hanuman Jayanti procession. Demolition continued in many other areas including Mangolpuri, Najafgarh, Shaheen Bagh, New Friends Colony and Tughlakabad.

While the MCD claimed the ride had nothing to do with the violence and was a regular exercise, the AAP replied back saying most of Delhi would cease to exist if every unplanned structure was demolished.

See also  Double-decker flyover in northeast Delhi to be completed by 2023: Manish Sisodia

In the pandemic years 2020 and 2021, there was a total of 7,432 vandalism. Several political and social activists had called for an end to demolitions during the pandemic, as this caused even more problems for people in difficult times.

For an unplanned city like Delhi, illegal constructions impede development, cause nuisance to people and put greater pressure on the city’s resources. But it is also true that thousands of people live in poverty to make ends meet. So where do we find a balance?

It is high time that politicians and bureaucrats came together to address the elephant in the room.