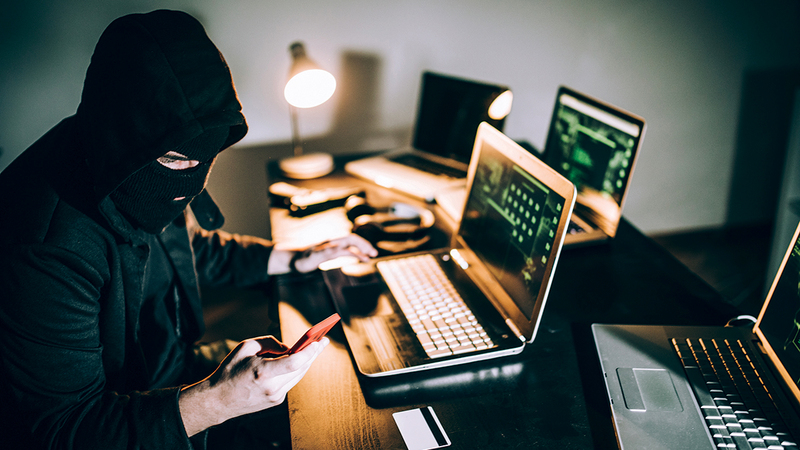 An Arab woman was subjected to an electronic fraud, after she was deceived by a person who impersonated a bank employee, contacted her by phone, deluded her of the need to replace her credit card for security reasons, and persuaded her to provide him with the single password that she received in a text message from the bank, then embezzled 9,608 dirhams from her card. , by purchasing from a supermarket.

Dubai Police was able to arrest the fraudster, and it turned out that he was a member of a gang that mastered this fraudulent method, and was able to deceive other people, and he was referred to the Public Prosecution, and from there to the Misdemeanor Court, which ruled that he be imprisoned for one month, deported from the state, and fined 9,608 dirhams.

According to the details of the case, according to the court’s certainty, and its conscience reassured it, that the accused is a member of a gang consisting of several people, and they receive instructions from an (Asian) person called “MM”, then they contact the victims by phone using different phone chips, which a person provided them with. (Asian), and they claim that they are employees of banks in the country, and they want to update the data of their bank accounts or credit cards, and they manipulate the victim until he provides them with the single password that he receives from the bank via a text message, and as soon as he does that, the gang hacks the account, and makes bank transfers, or carries out purchases with cards Victim credit.

When asked by the victim, she stated that she had received a phone call from a person who misled her that he was a bank employee, and assured her of the need to replace the card for security reasons, pointing out that he knew some of her data.

She said that while talking to him, she received a text message from the bank, which included one password, so he asked her to provide him with the number immediately to conduct the transaction, so she responded to him, to be shocked by deducting 9608 dirhams from her card, so she asked him about the reason for doing so, so he informed her that the amount would be deposited in her new card, and she realized Later she fell victim to a scam.

In turn, the accused admitted in the police inference report that he is part of a gang consisting of a group of people, who contact the victims and manipulate them to steal their data, after persuading them to disclose the password.

The accused said that he and the rest of the fugitive defendants were able to deceive many of the victims and use their bank account data to transfer sums of money to other accounts, or use their card data in purchases from various outlets, pointing out that he personally contacted many of the victims, whose names he did not know, In order to convince them that he is a bank employee, and he used to get 10% of the value of the amount he seized from the victim, while the gang leader seized the rest of the amount.

Two phones were found in the possession of the accused, and after operating one of them and examining it, it was found that it was used to contact the victim in the incident, and the victim confirmed that the number from which she received the call is the same that is installed in the phone of the accused, which confirms his involvement in the crime.

By questioning him during the trial, the accused retracted his statements, which he confessed in the police inference report, and the court turned away from his denial, and considered that it was merely an attempt to escape punishment.

In the merits of the ruling, she affirmed that what is proven from the papers is the involvement of the accused and other fugitives in seizing the money of their victims in fraudulent ways, by manipulating them and persuading them to disclose confidential data, and then she imprisoned him for a month, and decided to deport him from the state, given the seriousness of the crime and the accused to society, as it ruled By fining him 9608 dirhams, the value of the amount he seized.

It is noteworthy that Dubai Police and police agencies in the country, as well as banks and related entities, have warned against falling into the trap of this fraudulent method, stressing that it is impossible for the police, the central bank or any bank to ask the customer to disclose confidential data in any way.

• The accused is a member of a gang impersonating bank employees and deceiving their victims.