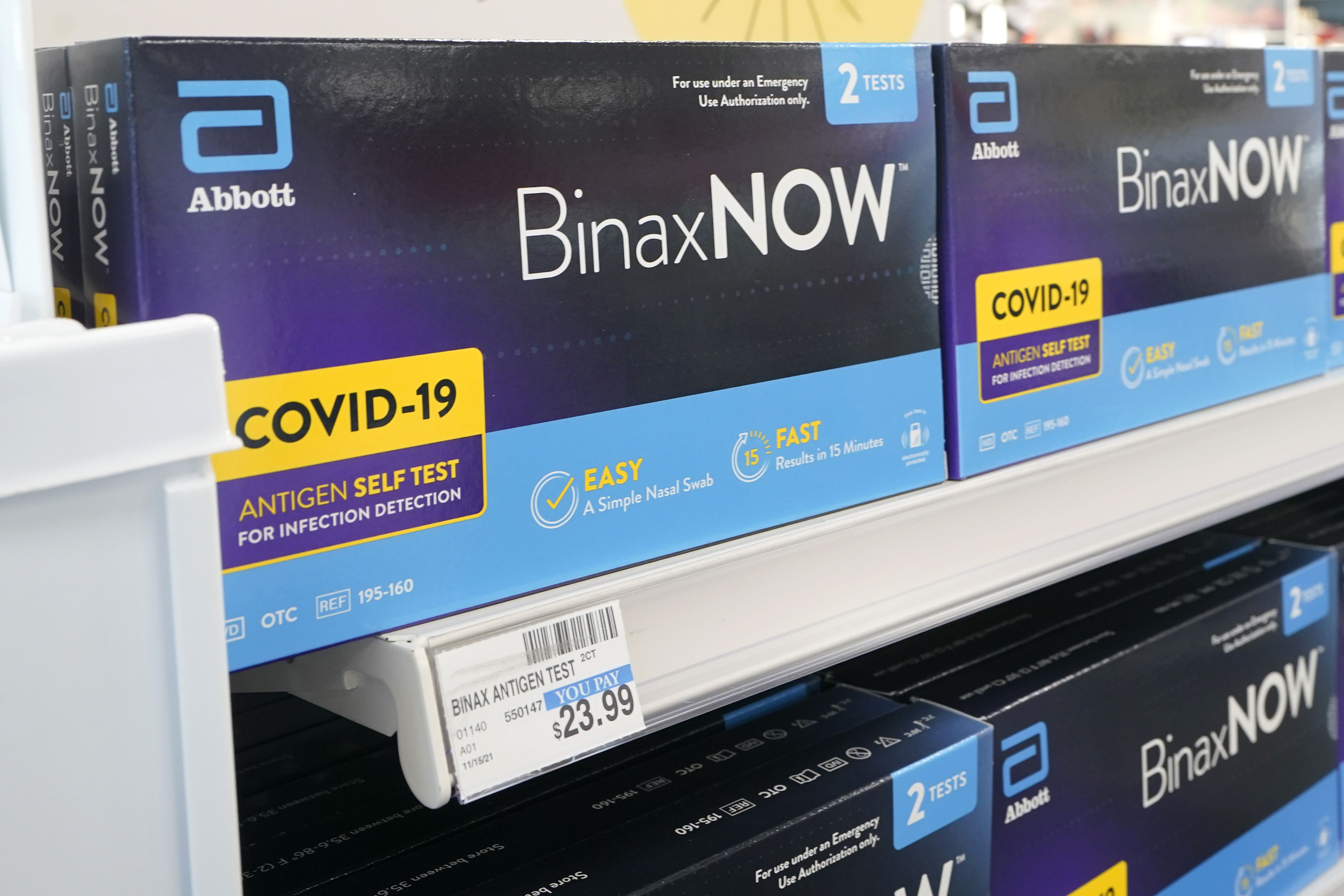 Abbott Laboratories saw sales increase in 2022 but had a rougher fourth quarter as people bought fewer COVID-19 tests and the company struggled with lingering fallout from a recall of its powdered infant formula.

Abbott, which is based in the northern suburbs and makes medical devices, tests and formulas, had revenue of $43.7 billion in 2022, an increase of 6.4% on an organic basis over the prior year, the company said in an earnings report released Wednesday morning.

However, for the fourth quarter, revenue was $10.1 billion, down 6.1% on an organic basis from the fourth quarter of the prior year, due to a decrease in the number of COVID-19 tests sold. Abbott makes the popular BinaxNOW COVID-19 home test, as well as several others. Abbott has sold nearly 3 billion COVID-19 tests worldwide since the start of the pandemic, Robert Ford, Abbott’s chairman and CEO, said in an earnings call on Wednesday.

Abbott said the drop in sales of COVID-19 tests was not unexpected.

“Going forward, we expect COVID-19 to transition to a more endemic, seasonal type of respiratory virus and with that, testing for COVID, while still important, is expected to decrease significantly,” Ford said.

Sales of Abbott’s nutritional products also fell about 6% in 2022 and the fourth quarter, following a pause in infant formula production at the company’s Sturgis, Michigan, plant last year. Abbott temporarily closed the facility last year and recalled formulas produced there, when the U.S. Food and Drug Administration announced it was investigating complaints of Cronobacter sakazakii infections among infants who allegedly consumed formula from the plant.

Abbott has faced scathing criticism from members of Congress, consumer advocates and others for the conditions found at the plant, though the FDA has said that “despite extensive research, the evidence does not rule out a definitive link between these infant deaths and the product.” or exclude.” produced at Abbott Nutrition’s Sturgis facility.”

Abbott leaders have apologized for the company’s role in what became a national infant formula shortage.

See also  'I Make Them Miserable': TJ McConnell and the Art of the NBA Plague

The Wall Street Journal reported last week that the Justice Department is conducting a criminal investigation into conduct at the plant.