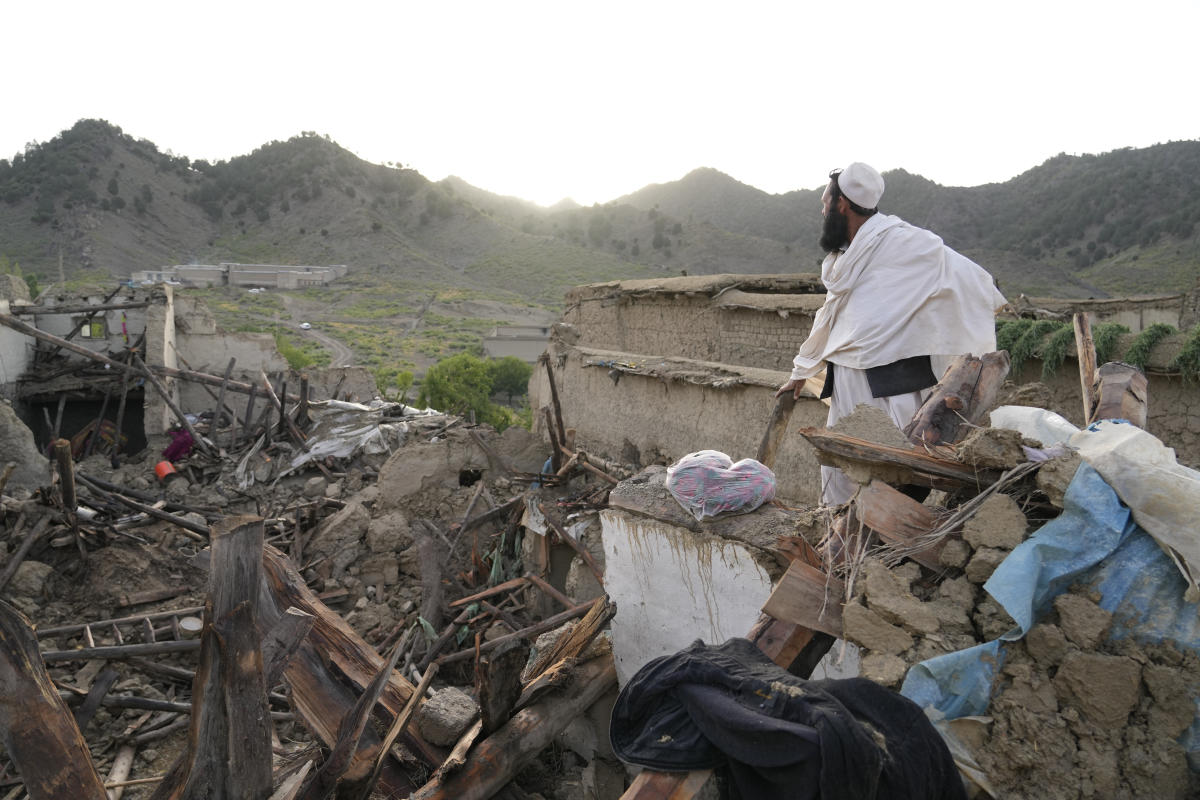 GAYAN, Afghanistan (TUSEN) — The death toll from a devastating earthquake in Afghanistan continued to climb days after it turned brick and stone houses into rubble, killing 1,150 people and injuring dozens. others, according to the latest figures released Friday in state media.

The country of 38 million people was already in the midst of a spiraling economic crisis that had plunged millions into poverty with more than a million children at risk of severe malnutrition.

Humanitarian organizations like the local Red Crescent and the World Food Program have stepped in to help the most vulnerable families with food and other emergency needs like tents and sleeping mats in Paktika province, l epicenter of the earthquake, and the neighboring province of Khost.

Still, residents appeared to be largely alone to deal with the aftermath as their new Taliban-led government and the international aid community struggled to deliver aid. Villagers buried their dead and dug through the rubble by hand in search of survivors.

See also  Christchurch Stadium: the most submissions in 10 years

The Taliban director of the state-run Bakhtar news agency said on Friday the death toll had risen to 1,150 people from previous reports of 1,000 killed. Abdul Wahid Rayan said at least 1,600 people were injured.

The United Nations Office for the Coordination of Humanitarian Affairs put the death toll at 770.

It is not clear how the death toll is reached, given the difficulties of access and communication with the affected villages. Either grim toll would make Afghanistan’s deadliest earthquake in two decades.

In Gayan district, at least 1,000 homes were damaged by the earthquake. Another 800 houses in Spera district, Khost province were also damaged. While modern buildings elsewhere withstand magnitude 6 earthquakes, mud-brick houses and landslide-prone mountains in Afghanistan make such quakes more dangerous.

In villages in Gayan district visited by The US Express News reporters for hours on Thursday, families who had spent the previous rainy night out in the open lifted pieces of wood from collapsed roofs and removed rocks from hand, in search of their missing loved ones. Taliban fighters were driving around in vehicles in the area, but only a few were seen helping to dig up the rubble.

There were few signs of heavy equipment – only one bulldozer was spotted being hauled. Ambulances were circulating, but little other help for the living was evident.

Many international aid agencies pulled out of Afghanistan when the Taliban took power last August. Those left scramble to get medical supplies, food and tents to the remote quake-hit area, using poor quality mountain roads made worse by damage and rains. UN agencies also face a $3 billion funding shortfall for Afghanistan this year.

Germany, Norway and several other countries announced they were sending aid for the earthquake, but stressed that they would only work through UN agencies, not the Taliban, which no government has yet officially recognized.

See also  8 killed, 7 injured in collision between rickshaw and truck in UP

Truckloads of food and other basic necessities have arrived from Pakistan, and planes full of humanitarian aid have landed from Iran and Qatar. Indian humanitarian aid and a technical team in the capital, Kabul, to coordinate the delivery of humanitarian aid. India says its aid will be given to a UN agency on the ground and to the Afghan Red Crescent Society.

In the province of Paktika, the earthquake shook a region of great poverty, where the inhabitants live in the few fertile areas among the steep mountains. The roads are so rough that some villages in Gayan district took an entire day to reach Kabul, despite being only 175 kilometers (110 miles) away.

A 6-year-old boy in Gayan cried as he said his parents, two sisters and brother were all dead. He had fled the ruins of his own house and taken refuge with the neighbours.