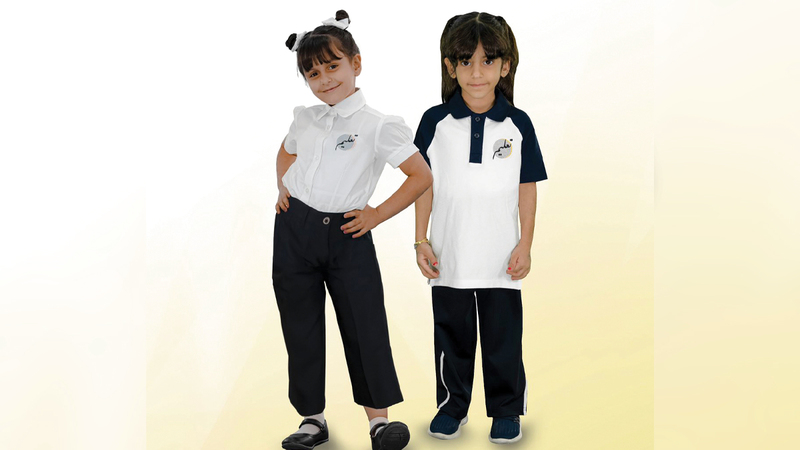 The Emirates Foundation for School Education announced the change of the school uniform design for kindergarten students in government schools, following the objection of some students’ families, due to its inappropriateness for children of this age, and the Foundation replaced the two-piece dress (skirt and shirt) with trousers and a shirt for girls, in addition to trousers and a T-shirt. for sports.

In detail, the School Education Foundation noted that it had received some comments from parents and the field on the new school uniform for kindergarten for girls, stating that the resource was directed to respond to these comments and change the uniform in order to achieve the children’s comfort during the school day and the satisfaction of parents.

The Foundation had adopted a new school uniform for public school students, starting from the first kindergarten to the 12th grade, to start distributing it to students and parents from August 15, 2022, as part of the Foundation’s preparations for the next academic year 2022-2023.

The new school uniform guide specified the uniform specifications for all students, each according to his stage of study, as it provided a variety of options for students to suit their age groups, which would reflect positively on their educational environment through its dedication to lofty values, which are considered the basis for providing learning environments based on participation, competition and equality. The institution provides a quality school uniform by setting a set of specifications and standards that must be met in the uniform when it is designed by the supplier company.

The new designs took into account that the colors are limited to white and navy, so that they are comfortable, uniform, attractive and suitable for both sexes and for different ages. School uniforms will be sold to students and parents through 38 outlets distributed in different regions of the country, affiliated with Lulu Hypermarket, the supplier approved by the Emirates School Education Corporation.

The new school uniform emulates important educational values, including strengthening the bonds and positive relationships between students and their sense of belonging to the school community, in addition to enhancing the values ​​of virtue and positive behaviors for them due to the decency of the uniform, as well as limiting its costs to a minimum, which contributes to not increasing the burden on parents. In this field, the uniform also provides students with comfort, by taking into account the requirements of the educational process, study hours and environment, and the requirements of the different school day with its various activities, whether classroom or non-classroom. The Foundation provides, through its website, http://www.ese.gov.ae, a complete guide to the new school uniform in order to know its prices and the locations of its outlets.