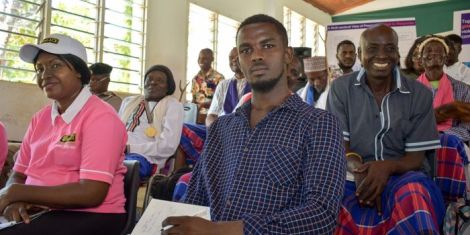 Cabinet Secretary Aisha Jumwa for Public Service, Gender and Affirmative Action signed a Memorandum of Understanding (MoU) with the Finnish government on Wednesday, November 23 to boost the fight against gender-based violence (GBV).

The multi-million dollar bilateral program between Kenya and Finland will see both governments inject more than Ksh751 million into the pot.

Three provinces, including Bungoma, Kilifi and Samburu, have been selected to become involved in the fight against GBV and other harmful practices in the regions.

The MoU was signed between the two governments at Pwani University in Kilifi County and was attended by Finland’s Deputy Ambassador to Kenya Otto Kivinen and Kilifi Governor Gedeon Mung’aro.

Details of the event indicate that the Kenyan government contributed more than Ksh 125 million, while the Finnish government raised at least Ksh 626 million for the cat.

The program is expected to run between 2022 and 2024 and aims to combat GBV at both the national and provincial levels, selecting the three provinces for their unique context and high prevalence of GBV.

At the event, Jumwa warned police officers not to demand money to fill out P3 forms for GBV survivors. She indicated that survivors should be given P3 if necessary.

“I will discuss the matter with the home minister to ensure that officers do not traumatize the victims by asking for money to complete the legal documents,” said Jumwa.

Speaking at the same event, Finland’s Deputy Ambassador to Kenya praised the Kenyan government for embracing a move towards eradicating GBV cases and efforts to achieve gender equality.

“I am delighted to be part of the local launch of this bilateral program and we look forward to the cooperation between us and the Kilifi Provincial Government,” Otto told stakeholders at the event.

For his part, Kilifi County Governor Gideon Maitha Mung’aro revealed that GBV has been a disaster in the region that must be eradicated.

He ordered the Health Department in conjunction with the Kilifi County Gender Department to ensure that no one is charged with any form of sexual abuse during treatment at any of the area’s public hospitals. 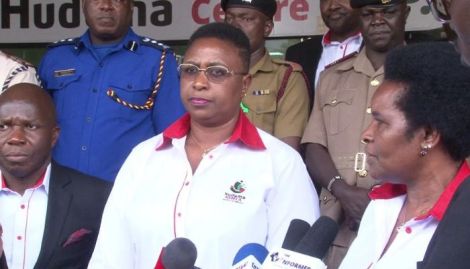