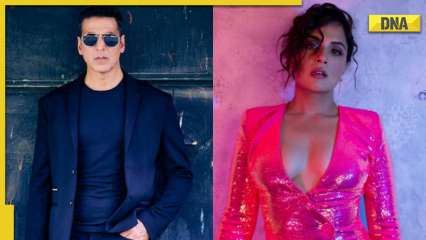 Bollywood actor Akshay Kumar has criticized Richa Chadha’s Galwan tweet. He shared the screenshot of Richa’s controversial tweet and said it hurts to see this.

Akshay Kumar tweeted: “It hurts to see this. Nothing should ever make us ungrateful to our armed forces. Woh hain toh aaj hum hain (We exist because of them).” Richa Chadha responded to the statement by Northern Army Commander Lieutenant General Upendra Dwivedi on Wednesday that the Indian Army is ready to carry out all orders to take back Pakistan-occupied Kashmir (PoK).

Hurts to see this. Nothing should ever make us ungrateful to our armed forces. Woh hain toh aaj hum hain. pic.twitter.com/inCm392hIH— Akshay Kumar (@akshaykumar) November 24, 2022

Lieutenant General Dwivedi’s statement was made in reference to Defense Minister’s earlier speech in which he reiterated New Delhi’s determination to take back Pakistan-occupied Kashmir (PoK), saying that all refugees should leave their country and get houses back.

Lieutenant General Dwivedi said, “As far as the Indian Army is concerned, it will carry out any order given by the Government of India. When such orders are given, we will always be ready.” her Twitter account and wrote, “Galwan says hello.”

As soon as she tweeted this, all hell broke loose on social media and people started berating her for allegedly insulting the military by talking about the 2020 India-China clash. Bharatiya Janata Party leader Manjinder Singh Sirsa, has lashed out at Bollywood actress Richa Chadha and demanded that a police case be filed against her over her response to the Indian Army’s statement.

In a video statement released Thursday, Sirsa said, “Chadha is a third grade actress in Bollywood. She is known to post offensive tweets against India. She is a supporter of Congress and a follower of Rahul Gandhi.”

On Thursday, Richa issued an apology statement via a tweet. Richa wrote, “While it can never be my intention if the 3 words swept up in a controversy have offended or hurt anyone, I apologize and also say that I would be saddened if my words even inadvertently caused this. feeling in my brothers in the Fauj of which my own Nanaji has been an illustrious part As a lieutenant colonel he was shot in the leg during the war between Indo and China in the 1960s My Mamaji was a paratrooper It is in my blood.”

She added: “An entire family is affected when their son is martyred or even injured trying to save the nation made up of people like us and I personally know how it feels. It’s an emotional issue for me.” (with input from ANI)

Syria closes government agencies for 2 days due to fuel crisis

Boeing’s last 747 rolls out of the factory after a production...