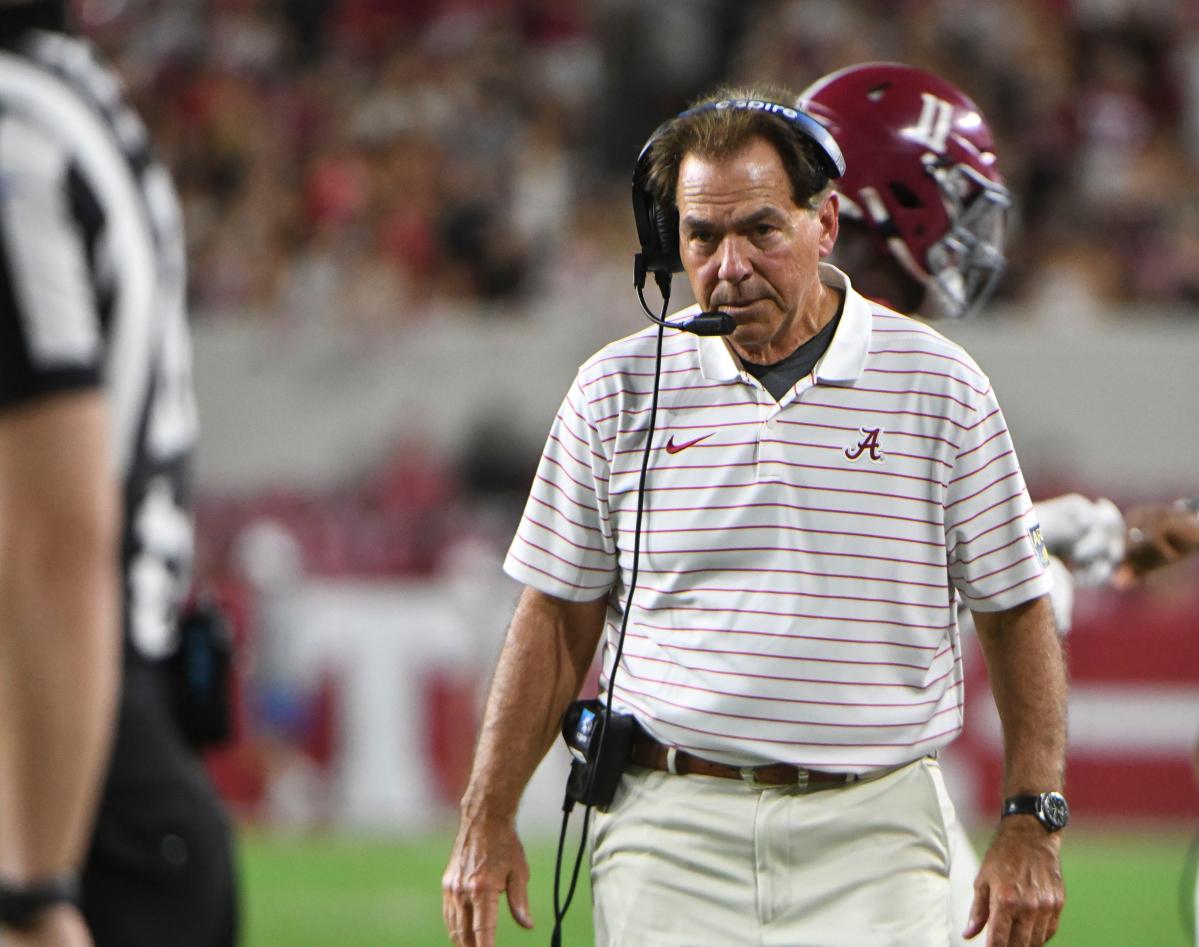 Playing the quarterback position involves a lot of pressure and, most of the time, a lot of guidance. That guidance can stay with that quarterback for a long time.

When Nick Saban, former high school quarterback and now Alabama head coach, was asked about his most memorable pass, he offered a story about his first coaching advice.

As a sophomore, Saban led Monongah against Masontown Valley. It was the last game of the season. Both teams shared a 9-1 record and whoever won the match earned a spot in the playoffs.

It was a difficult start for Monongah, as they trailed 18-0. As the team trudged through a nearby graveyard to get to the locker room to regroup at halftime, Saban remembers Keener’s attitude toward the team.

“Coach Keener never yells or anything to set us straight,” Saban said.

Monongah narrowed the gap to 18-12 with a chance to go into the field and score. It’s fourth and twelve at Masontown’s 25-foot line. Keener calls their last time out and Saban rushes to the sidelines for the call. Instead, Keener asks Saban what play he thinks it should be called.

“I said, ‘Well, what I think you should call this play,'” Saban said. “I didn’t want to call this play because everyone in town is watching there and if it doesn’t work, it’s going to be me.”

Keener didn’t call off the piece and basically told “young Nick” what he thought would work.

See also  Fantasy Football: Five of the Best Matchups to Exploit in Week 3

Saban trots back onto the field with his team, fakes a pitch to the halfback and throws a 25-yard touchdown pass to win the game 19-18.

“It wasn’t a great pass, but he caught it,” said Saban.

This article originally appeared on The Tuscaloosa News: Alabama football’s Nick Saban tells the story of the first coaching lesson

How McLaren stole the F1 upgrade spot in Singapore

Boy, 14, stabbed to death in Gateshead named as young footballer...