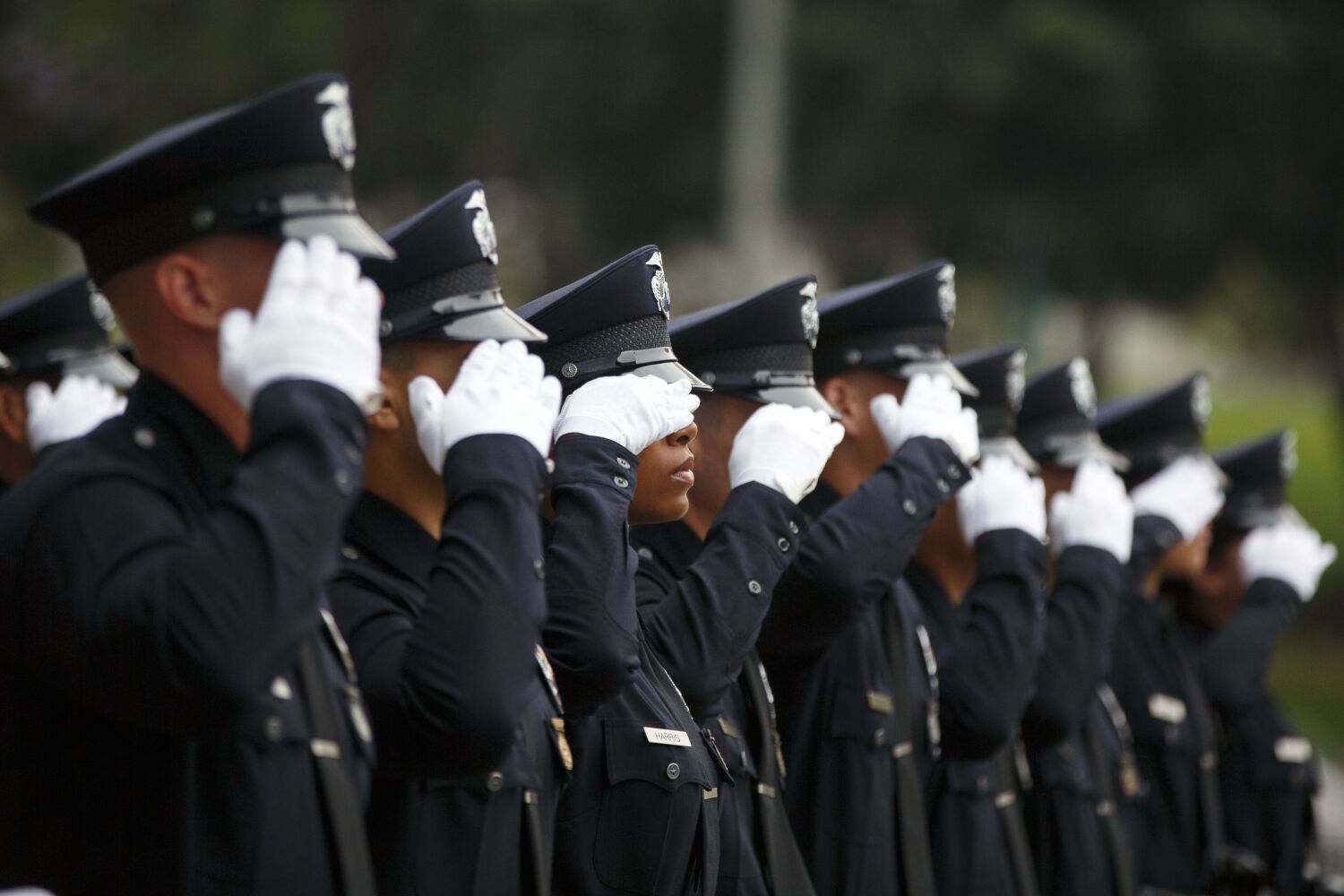 Los Angeles Police Department officials said Tuesday they will ask the city council to reconsider a rule that would allow officers charged with serious misconduct to let citizens determine their discipline — after a report found they routinely hand out lenient sentences.

According to the report by LAPD Inspector General Mark Smith, the lighter discipline enacted by all civilian hearing panels undermines Chief Michel Moore’s ability to lead the LAPD and hold officers accountable when found to have committed major infractions. have committed, such as lying.

The findings reflect an “imbalance of power” between Moore and the hearing panels that “significantly undermines the Department’s ability to monitor itself,” the report said.

“A system that allows for the outright and unquestionable revocation of a chief’s disciplinary decisions detracts from the department’s appropriate efforts to promote internal accountability,” the report said.

Under the LAPD’s disciplinary system, the chief has no authority to fire an officer. When the chief believes that dismissal is necessary, the officer is entitled to a hearing before a three-person panel called a board of rights. The hearings are mini-trials in which the officer and department officials present evidence and call witnesses. An officer may also request a council hearing to challenge a suspension or demotion issued by the chief.

Until 2019, the panels consisted of one civilian and two LAPD officers with the rank of captain or higher; but with the passage of Measure C that year, officers could choose to have their cases heard by an all-civilian board.

After the council approved the measure with the support of the police union and Mayor Eric Garcetti, few officers initially opted for a civilian panel. That has changed in the years since; according to LAPD officials, so far in 2022, every officer on the verge of discharge has chosen that option.

With more officers opting for all-civilian panel hearings, the number of cases where boards handed down lighter sentences than Moore called for has risen from 55% in 2019 to 76% in 2021, according to the Inspector General’s report. The review examined 90 hearings with the Board of Law between September 2019 and December 2021.

In cases where the chief wanted to fire an officer, traditional panels agreed with the chief half the time. Civilian panels overruled the chief more than two-thirds of the time, according to the report.

One reason for the imbalance, the report said, was that department lawyers, who perform a role similar to plaintiffs during hearings, often lack formal legal training, putting them at a disadvantage. of lawyers representing officers in increasingly strict procedures. The department’s attorneys fare particularly poorly against all-civil panels, which tend to require the two sides to submit written arguments and follow other litigation-like procedures, the report found.

The department has asked for funds in its 2023-2024 budget proposal to hire five attorneys to focus solely on such disciplinary hearings — one of the report’s few recommendations.

“The officers are trying to find their best opportunity for clemency,” Moore said at Tuesday’s hearing. “That’s a natural reaction and one I would understand.”

“There is no other place where the likelihood of a lower court’s decision being reversed is as high as in this trial,” said Decker, a former assistant U.S. attorney.

LAPD Deputy Chief Michael Rimkunas said later in the meeting that the department planned to send a letter to City Council requesting that it review Measure C, but did not elaborate. Officials also announced an update to the department’s board of rights manual and their intention to publish the names of panelists and their decisions on the police commission’s website.

At the time the measure was approved, the union representing regular officers said the traditional panels were unfair because the LAPD officials who served on them had an interest in supporting their boss, the police chief. Critics of the proposal, meanwhile, argued that the citizens elected to the panels would not adequately represent the interests of the public and would ultimately be less accountable than traditional panels.

In the report, LAPD officials complained that civilian panelists were unfamiliar with department policies and did not fully appreciate “the consequences of retaining officers who have committed serious misconduct.”

According to some, this led to scenarios where an entire civilian panel would reject the proposed dismissal of an officer who was caught doing lying work, for example, without understanding that an officer with compromised credibility cannot effectively testify against people in court. arrest them.

See also  Brevard County sheriff's deputy has been killed in an off-duty accident, the agency says

“Sometimes, in cases involving the most egregious forms of misconduct, this means that the chief has no choice but to detain an officer whom the chief has already determined is no longer fit to perform the essential duties of a peace officer and should be fired. employment with the department,” the review found.

The report drew a strong rebuke from the officers’ union, the Los Angeles Police Protective League, who suggested it was one-sided and attempted to give Moore too much leverage in disciplinary matters.

During the commission’s public comment period, police union general counsel Robert Rico said the report was “clearly written to provoke a more punitive approach” and that it left out important context about legitimate reasons review panels might have for recommend a lesser sentence.

Both civilian and traditional panels seemed to place particular weight on other officers’ testimonies, the inspector general’s report said.

In one case cited in the report, an LAPD officer was recommended for discharge after being arrested for, among other charges, driving under the influence in an off-duty department vehicle.

But the panel instead recommended a 65-day suspension without pay and a demotion in rank, the report said, after an LAPD captain testified on behalf of the officer and told the board that despite their alcoholism, the officer was an asset to the department. would stay. .