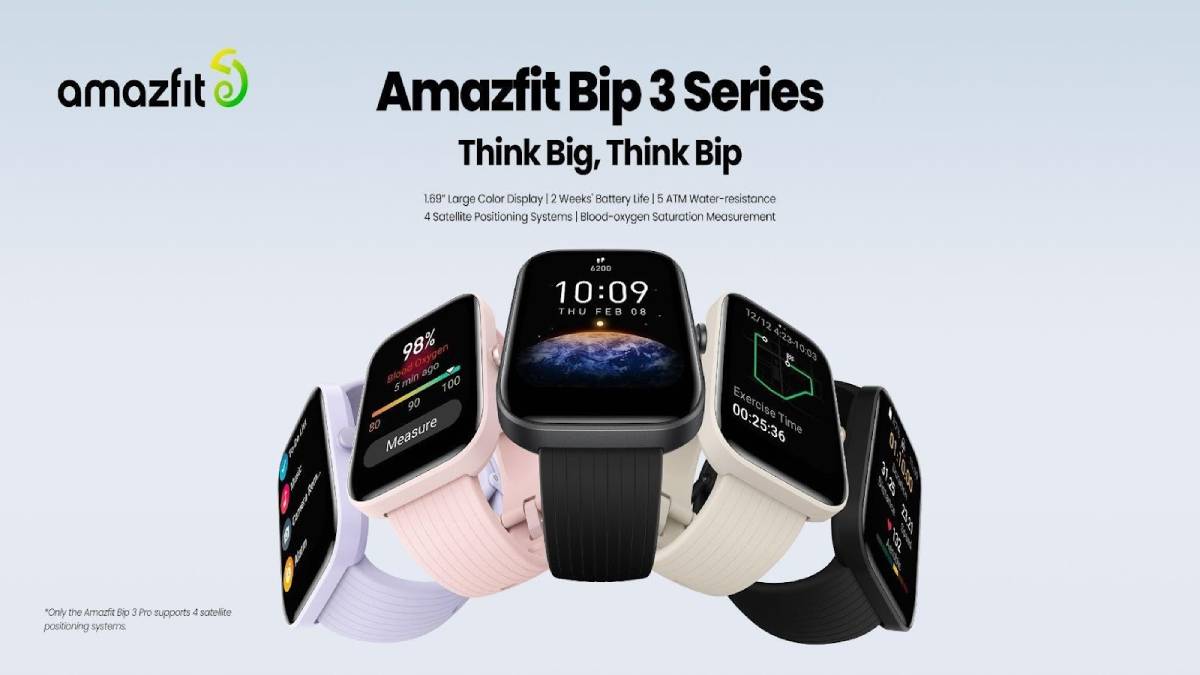 The Amazfit Bip 3 has been priced at Rs. 3,499, and will be launched exclusively on the official website of Amazon and Amazfit on June 27. However, the special launch price of the Bip 3 smartwatch has been announced at Rs. 2,999 by the company which will only be valid on June 27.

The Amazfit Bip 3 smartwatch is available in black, blue and pink color options.

On the other hand, the company has yet to reveal the price, color and availability of the Amazfit Bip 3 Pro, but it should be available for buyers soon, according to the company.

The Amazfit Bip 3 and Bip 3 Pro sport a 1.69-inch TFT touchscreen with 240×280 pixel resolution and 218PPI. The garments feature a quick release silicone strap with a classic pin buckle. The watches also sport tempered glass with an anti-fingerprint coating, with a button on the dial.

Both the Amazfit Bip 3 and the Bip 3 Pro feature 5 ATM water resistance with up to 50 meters of water pressure, according to the company.

As mentioned above, the Amazfit Bip 3 and the Bip 3 Pro smartwatch offer up to 14 days of battery life and weigh 33g and 33.2g respectively. The only difference between the two smartwatches is that the Pro variant comes with built-in GPS, while the standard variant does not.