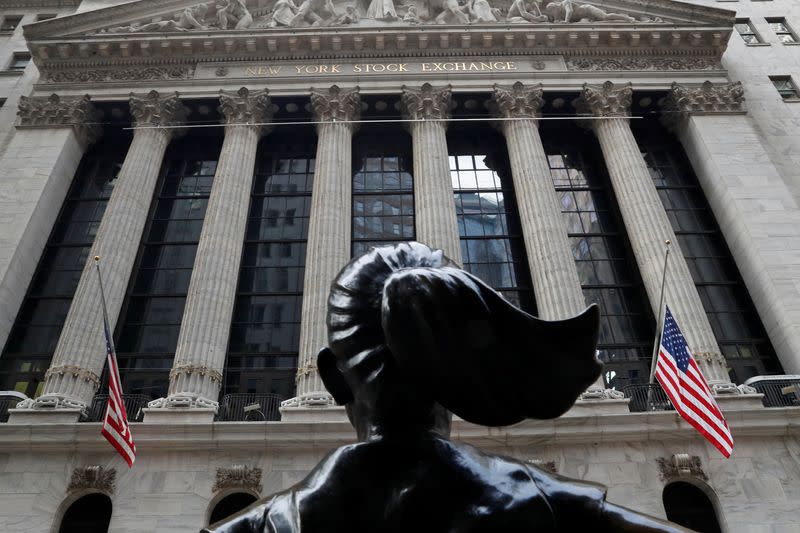 (Reuters) – High-yield corporate bond markets in the US may be underpriced on the risk of a recession, even as Treasuries and macroeconomic indicators reflect mounting fears of growth, but that could soon be tested with an expected deterioration in the corporate profits.

Leveraged and high-yield corporate bond prices have fallen from record highs reached early this year as interest rates rose and their spreads widened against benchmark rates, but they still reflect the relatively rosy economic outlook.

“Credit spreads are too tight, they do not sufficiently reflect the risk of a recession. Other models we use, be it the yield curve or macroeconomic hard data, are more bearish,” said Matthew Mish, UBS’s chief credit strategy, adding that “they have to converge at some point.”

UBS said spreads on high-yield or “junk” bonds and leveraged bonds imply a 25-30% recession probability, while other models show a 55% chance of a downturn.

Leveraged loans and junk bonds are high-risk corporate debt. Loans typically have variable interest payments and a secured claim on a company’s assets in the event of default, while bonds are unsecured and often have fixed rates.

Their lending rates have been kept in check by solid liquidity, while default rates are near historic lows and unlikely to rise significantly in the near term.

Second quarter earnings were on average better than expected, but higher interest rates and slowing growth are expected to put a bigger dent in earnings soon, which could lead to downgrades and higher default risk.

“There are certainly more concerns about this risk of downgrade and possible recession, but it is not reflected enough in the price, as fundamentals are still sound and positioning is already defensive,” said Srikanth Sankaran, head of US and Europe. lending at Morgan. stanley.

Many fund managers say they are wary of the outlook. The risks are likely to be first seen in loans, which have seen rapid growth, greater leverage, declining credit quality and looser credit conditions in recent years, even as the high-yield bond market saw the overall credit improvement.

“The credit quality of the credit market today is lower than in the past,” said Michael Chang, head of high yield credit at Vanguard, adding that “although valuations have improved, risks are still high.”

Risks are not evenly distributed, with many pointing to the highly rated high-credit (LBO) loan segment, the second-lowest level before default, as the biggest concern.

Scott Macklin, director of leveraged lending at AllianceBernstein, sees the risk of many downgrades of these B companies to the CCC area, the lowest rating class, as they face higher borrowing costs and lower revenues. The fund manager thinks this could virtually eliminate all of the free cash flow from the average unhedged B issuer.

“There is currently a moderate level of concern reflected in credit prices, although we do not believe the market has turned its head completely around the fact that many companies simply cannot afford to pay the higher interest costs, especially as demand moderate,” he said. .

While the outlook is risky, a wider split between credit performance also creates opportunity.

Anders Persson, chief investment officer for global fixed income at Nuveen, said the company is “invested in” high-yield bonds and leveraged loans, with a focus on companies with better quality “BB” and high “B” ratings, too. though it is now “expect more volatility.”

While the likelihood of a “soft landing and a mild recession” has already been priced in, a hard landing is not yet, he noted.

Vanguard’s Chang still sees opportunities in sectors benefiting from a demand recovery as the economy reopens after COVID closures, such as airlines, lodging and gaming. However, the company maintains a defensive stance and a higher quality bias.

Macklin of AllianceBernstein notes that at current spreads in the mid-500 basis points according to the JP Morgan Leveraged Loan Index, loans could face an 8% default rate for each of the next 5-6 years.

That’s “much higher than any period in history, and will likely still outperform money market funds, providing a solid risk-return profile for long-term investors,” he said.

The coming quarters could determine whether the market remains ripe for credit picking, or whether there is more deterioration in prices and credit quality across the board.

“For now, the credit market is still taking solace from existing fundamentals and a slow pace of deterioration. I think the next few earnings seasons will be a critical test of that hypothesis,” Morgan Stanley’s Sankaran said.