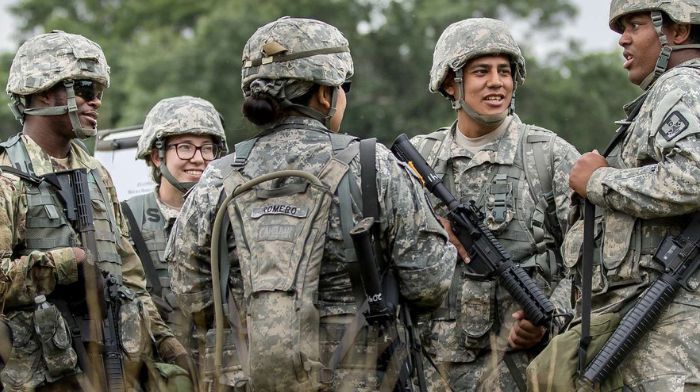 By Adam Andrzejewski for RealClearPolicy

The US Army is testing new technology for troops that integrates virtual reality into combat goggles to give soldiers more battlefield information.

While testing the equipment, the troops were quizzed on many aspects of the equipment. One oversight, however, was to assess the extent to which the military would actually use it, which a report from the Department of Defense Inspector General’s office could waste $22 billion, according to a report.

Although much of the report is written due to national security concerns, it’s clear that the new VR equipment, dubbed the Integrated Visual Augmentation System, or IVAS, would be a major change for soldiers in combat.

As with any change, if it’s too much at once, or if there isn’t enough training to support the transition, soldiers simply won’t use it. Or perhaps the soldiers in the field know more about the applicability of this technology in combat situations than the VR developers, who might overestimate its usefulness.

See also  Candace Owens: Parents Who Bring Their Kids To Drag Queen Storytime Should Have Them Removed

Either way, it’s important to get feedback from the soldiers who will be using it. Although they asked some questions about it, the report says that “program officials have not defined clear measures of user acceptance levels to determine whether the IVAS will meet user needs.”

He notes that user acceptance levels are critical in determining how well the system meets user needs and will predict real-world usage.

If the usefulness of VR technology is overestimated, many units will be ordered and left unused, resulting in substantial waste.

This is a rare case where waste is identified before the transaction occurs. Hopefully the DOD will heed these recommendations and save taxpayers nearly $22 billion.

#WasteOfTheDay is brought to you by the forensic auditors of OpenTheBooks.com.

Opinions expressed by contributors and/or content partners are their own and do not necessarily reflect the views of TUSEN.

I have written to the Lok Sabha Chairman regarding the appointment of Rajan Vichare as the new Sena Chief Whip: Sanjay Raut-Politics News, The...