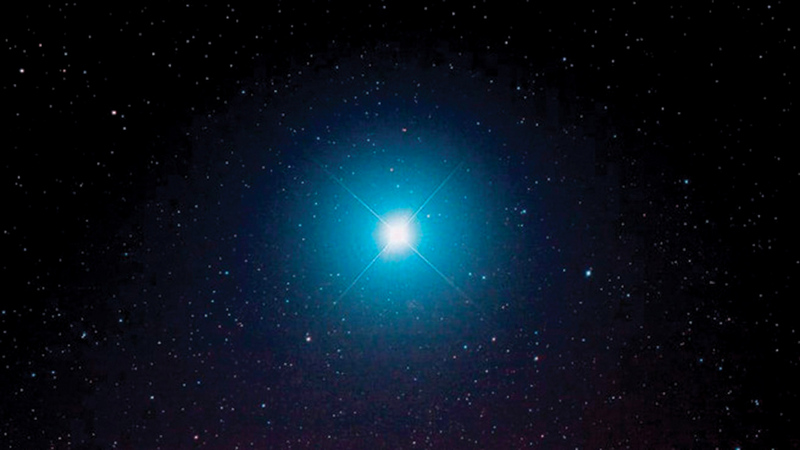 Ibrahim Al-Jarwan, Chairman of the Board of Directors of the Emirates Astronomy Society, a member of the Arab Union for Astronomy and Space Sciences, predicted that the Suhail star would rise at the dawn of August 24.

He stated that its appearance coincides with mild weather, low temperatures, and the return of fish escaping from the heat to the beaches.

India’s seasonal depression begins to weaken and retreat in the south, and the “Al Kos” winds, which are southeasterly winds of high humidity, work to form low clouds along the eastern slopes of the Hajar Mountains in Oman and the UAE, which may be accompanied by drizzle.

Active winds called “Habayeb Suhail” work to soften the atmosphere, and activate “Rawaih” or “summer fragrances”, which affect the areas around the Hajar Mountains in the UAE and Oman, and affect the central mountainous areas in the Emirates from the city of Al Dhaid to the city of Al Ain. , causing local storms and strong downward winds accompanied by cumulus clouds and heavy thunderstorms.

Al-Jarwan said: “During the period from sunrise (Suhail) until the autumnal equinox on September 23, the heat saturated with moisture intensifies.”

The Arabs called it “Akka”, one of the most famous of which is “Akat Suhail”, and it is also called “Harat molasses” among farmers in the Gulf, where molasses is poured from dates, and it is also called “Harrat al-Masataih”, and “Al-Mastah” is a place for drying wet dates to become dates. During it, the “Habayeb Sohail” begins, which are active humid winds that reduce high temperatures and cool the atmosphere.

Al-Jarwan drew attention to the interest of the people of the Arabian Peninsula, since ancient times, to looking at the stars, looking at them, and knowing their homes, as they relate to their daily lives, day and night.

He mentioned that the star of “Suhail”, whose rise to the Arabs rejoices in clear heat and intense heat, and the arrival of spring and rain, is considered one of the most famous stars among Arabs and the most mentioned in their literature. And “Suhail” according to the Arabs is “Al-Bashir Al-Yamani,” and they have several names.

Because of its location in the far south, it is not possible to see it in countries that exceed the latitude 38 degrees north, and its maximum height in the Emirates is about 13 degrees from the southern horizon, and its appearance continues until the end of the winter season in the Arabian Peninsula.

Given that the Arabian Peninsula is located on the borders of 12.5 degrees north, south of Yemen, to 30 degrees north in Iraq, and the Emirates is located on a latitude of 25 degrees north on average, and based on astronomical calculations, it will be possible to monitor the star “Suhail” on August 24 this year in all parts of the country. The regions of the Emirates and central Arabia, after this time is visible at morning twilight, and rises no less than 25 minutes before sunrise at the ideal observing atmosphere.

With the rise of the “Suhail” star, the calendar for the people of the Gulf, known as “Al-Durour”, begins, and this calendar simply divides the year into four sections, each section has 100 days, “100 zero” or autumn, “100 winter” and “100 summer” “or spring, then “darkness”, which is the time of intense heat, it has 65 days, during which the year is completed, and every 10 days of it is called “dur”.

And coincides with the emergence of the “Suhail” star, the decrease in sea temperatures, as most of the fish return in large quantities to approach the coasts after the mild weather.

The star “Suhail” can be observed on August 24 in all regions of the country and in the center of the Arabian Peninsula.

Is Rangers vs Union SG on TV? Kick-off and channel for Champions League qualifier