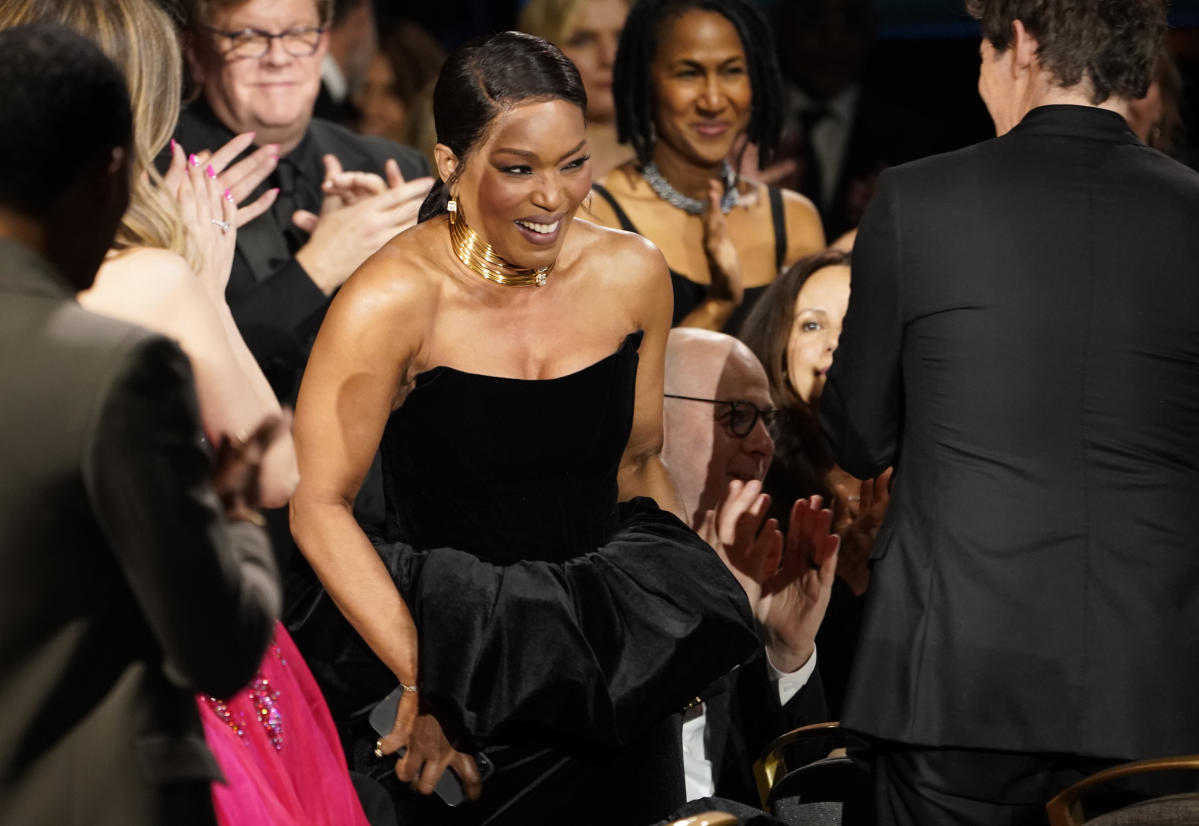 LOS ANGELES (TUSEN) — Reactions from some of the 95th Academy Awards nominees:

“I literally sit here holding my head and holding my heart. It comes in waves. I’m excited, I’m grateful, I’m nervous. I’ll have to keep a diary (laughs). Queen Ramonda, to me, is a reflection of what mothers have always done, and also a reflection of what black mothers have done: keep families together. holding memories, holding wisdom… That’s what she tries to do despite the trauma she’s been through herself… I always think of Chadwick and his legacy with this movie and how he led us in the first ‘Panther.’ always think of him, he’s always there. It’s a continuation of his legacy – Angela Bassett, nominated for Best Supporting Actress in ‘Black Panther: Wakanda Forever’, in an interview. (Chadwick Boseman, who starred in the first “Black Panther”, died in 2020.)

“The peaks are so high, the valleys so low. I just try to stay as present as possible. A moment like today is bittersweet because I wish Lisa Marie was here with us to celebrate. And sometimes, in the midst of intense grief and crushing loss, it feels kind of bizarre to celebrate. I also know how much this movie meant to Lisa Marie and how much her father’s legacy meant to her, so I feel so proud and so humbled to be a part of that story. — Austin Butler, Best Actor nominee for ‘Elvis,’ in an interview. (Lisa Marie Presley, Elvis’ daughter, died January 12.)

“Just being nominated means confirmation, love, from your colleagues. What it means for the rest of the Asians around the world, not just in America but globally, is to say we’re sitting at the table. Finally we sit at the table. We’re recognized and seen.” — Michelle Yeoh, Best Actress nominee for “Everything Everywhere All at Once,” in an interview.

“It seemed so far-fetched. Especially when I had to retire from acting for so many years, that dream seemed to be dead. My whole thing was: I just wanted a job.” – Ke Huy Quan, nominated for Best Supporting Actor for “Everything Everywhere All at Once”, in an interview.

See also  Russia shoots down its own troops who want to surrender, warns Ukraine

“It’s interesting when you see the prestige of the Oscars. In Sweden it is more prestigious than the Nobel Prize actually. I’ve seen all the movies this year and it’s just a very prominent group.” — Ruben Östlund, nominated for best director and best original screenplay for ‘Triangle of Sadness’, in an interview.

“I am absolutely thrilled and deeply grateful to the Academy for this recognition and for recognizing Hong Chau’s beautiful performance and Adrien Morot’s incredible makeup. I wouldn’t have this nomination without Darren Aronofsky, Samuel D. Hunter, A24 and the extraordinary cast and crew who gave me Charlie as a gift. A gift that I certainly did not see coming, but it has changed my life dramatically. — Brendan Fraser, best actor nominee for “The Whale,” in a statement.

“On behalf of Tom, all the filmmakers, cast, Paramount and everyone who worked on ‘Top Gun: Maverick,’ we are deeply honored to receive this recognition from the Academy. This is my first-ever Oscar nomination, and that makes it all the more special.” — Producer Jerry Bruckheimer, best picture nominee for “Top Gun: Maverick,” said in a statement.

“You never know. Everyone tries to do their best. But to be recognized in this way by this body in this community – words are bad things. We all know what that means. It’s not something you ever let yourself on because it’s so imaginative. Hopefully it’s an opportunity for more people to see what you’re all working on. That’s the most important thing.” — Todd Field, writer-director of “Tár”, in an interview. “Tar” is his first movie in 16 years.

“I am thrilled with this morning’s news. Being a part of this film has been an unforgettable experience and I share this nomination with the creative and talented people I worked with on this project.” — Hong Chau, nominated for best actress in a supporting role for “The Whale,” said in a statement.

For more information on this year’s Oscars, please visit: http://www.apnews.com/academy-awards