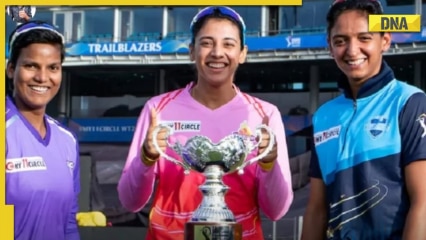 READ | Flipkart Republic Day Sale 2023: Check out the best deals on THESE smartphones

Check out the five proprietary franchises for WPL

BCCI Secretary Jay Shah also took to Twitter to announce that the bidding for the WPL’s inaugural teams “has broken the records set in the inaugural men’s IPL in 2008.”

See also  Felix on Uncle Toni's controversy: 'It didn't bother me in any way' | TUSEN | Tennis

Jay Shah tweeted: “Today is a historic day in cricket as the bidding on teams from inaugural #WPL broke the records of the inaugural men’s IPL in 2008! Congratulations to the winners as we have collected a total of Rs.4669.99 Cr This marks the beginning of a revolution in women’s cricket and paves the way for a transformative journey ahead, not just for our female cricketers, but for the entire sporting association.”

See also  'So excited': Virat Kohli after RCB won the bid for the women's IPL team

“The #WPL would bring needed reforms to women’s cricket and would ensure an inclusive ecosystem that benefits every stakeholder,” he said.

Jay Shah also confirmed that the league has been officially named the Women’s Premier League.