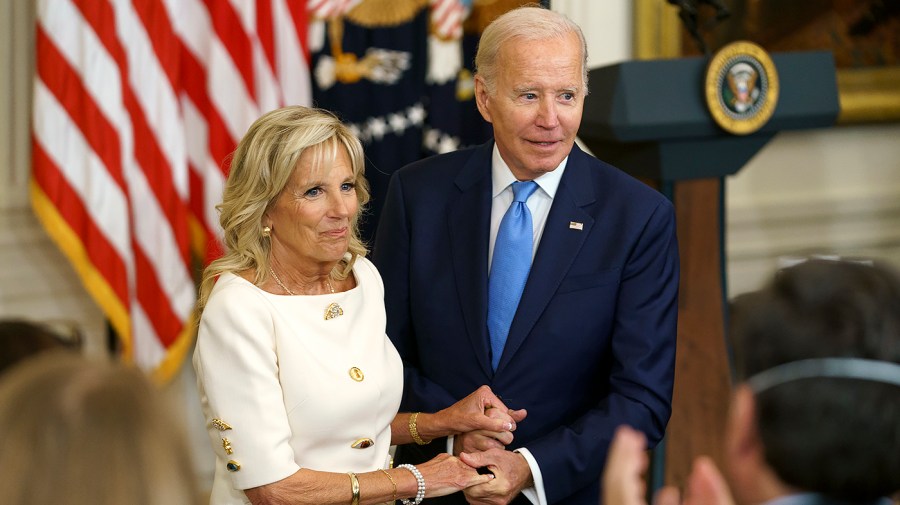 President Biden and First Lady Jill Biden spoke to members of the United States armed forces Thursday afternoon and thanked them for their service over Thanksgiving.

“You gave up your seat at the Thanksgiving table to defend us — and we owe you a debt of gratitude,” Biden said in a tweet. “You are the best in America.”

The Bidens mentioned their plans to talk to service members earlier in the day when they attended the Macy’s Thanksgiving Day Parade.

“Thanks to the firefighters, the police officers, first responders — they never take a break,” President Biden told NBC’s Dylan Dreyer during the parade. “And surely God bless our troops,” the first lady added.

“We’re going to talk to some of our troops later today, both here and abroad… God bless our troops, I truly do,” the president said.

President Biden and Jill Biden also visited a local fire department in Nantucket, Mass., where the first couple is spending the Thanksgiving holiday.

What must England do to qualify for the last 16 of...

5 ways to keep your child on the bus during the...