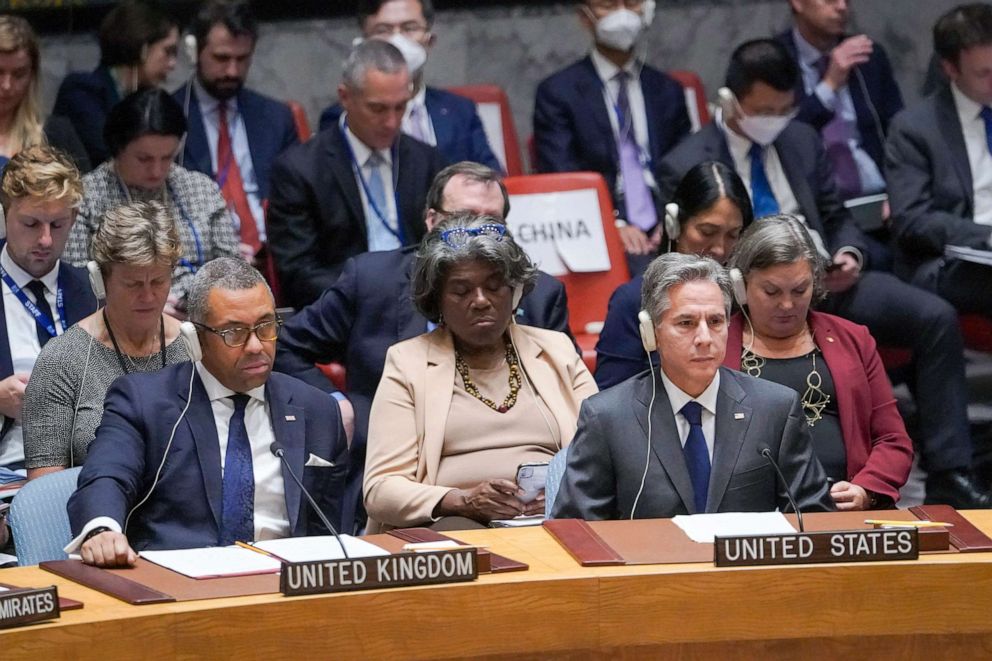 Secretary of State Antony Blinken on Thursday called on the United Nations to send a clear message to Russia’s Vladimir Putin, demanding an end to his “reckless nuclear threats”.

Blinken said at a UN Security Council meeting that Putin has “doubling down on the conflict” despite concerns from the international community over Ukraine’s months-long invasion.

“That President Putin chose this week, as most of the world gathers at the United Nations, to add fuel to the fire he started shows his utter disregard for the UN Charter, the General Assembly and for this council,” said Blinken.

“The very international order we have gathered here to maintain is being torn apart before our very eyes,” he continued. “We can, we will not allow President Putin to get away with it.”

Putin on Wednesday announced a partial mobilization expected to deploy 300,000 Russian reservists to combat after Ukraine recaptured parts of the Kharkov region earlier this month, marking a potential turning point in the conflict.

The Kremlin is also this week to hold “mock referendums” in Russia-backed regions of Ukraine so that people can vote whether they want to join Russia. Blinken urged all UN members to reject these referendums and declare that all Ukrainian territory will remain part of the Eastern European nation.

Blinken said Putin’s war was a distraction from other pressing global issues that the Security Council should address, including climate change, famine and international health security.

Blinken also discussed the mass graves uncovered in the recently recaptured Izium, stating that the actions of Russian troops in the northeastern city are not acts of rogue units, but fit a “clear pattern.”

Ukrainian President Volodymyr Zelenskyy implored world leaders to punish Russia in his virtual speech to the UN General Assembly, saying Russia wants to prepare a new offensive that would include “new Iziums”.

“Russia wants war,” Zelensky said. “It is true. But Russia will not be able to stop the course of history. Humanity and international law are stronger than one terrorist state. Russia will be forced to end this war.

Blinken’s comments came a day after President Joe Biden, in his own speech to the UN General Assembly, reprimanded Putin for “blatantly violating key tenants” of the group’s charter.

Biden called on the UN to continue to support Ukraine as he announced a US pledge of $2.9 billion in global food aid as the war disrupted supply chains and raised prices.