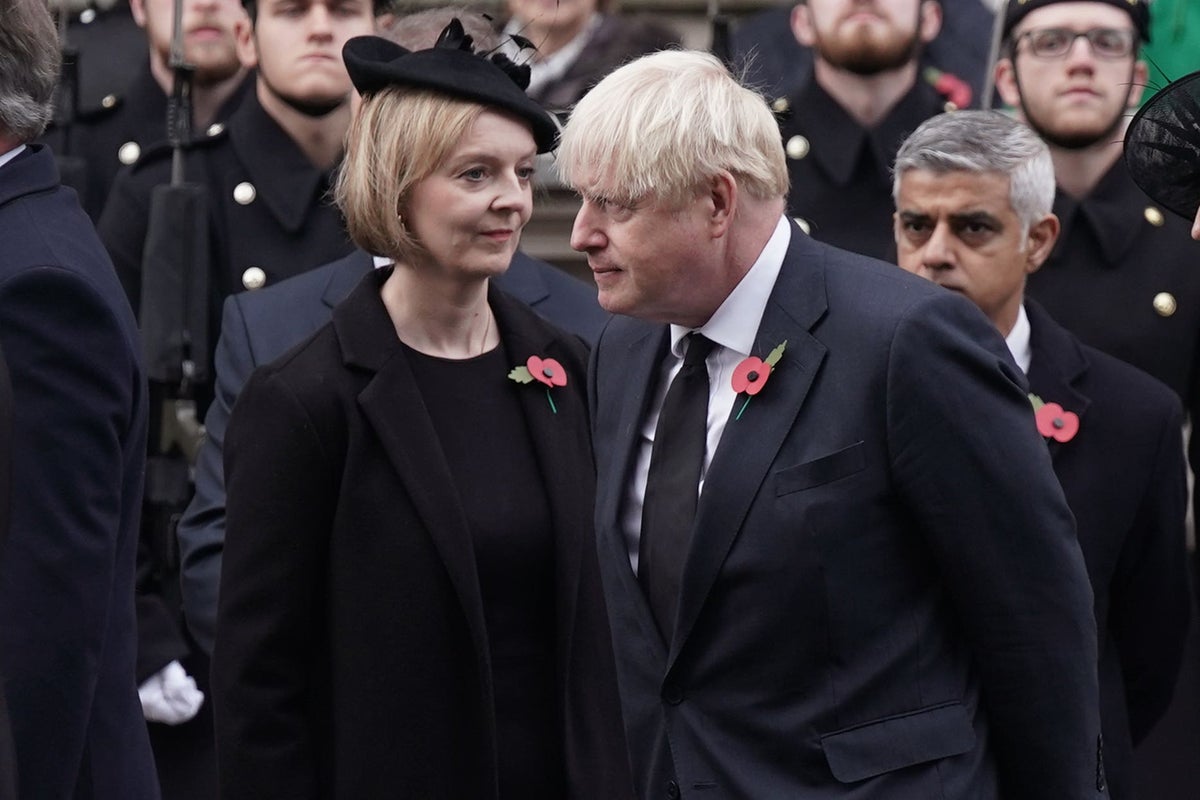 Oris Johnson and Liz Truss have joined a Tory backbench rebellion against a de facto ban on new onshore wind farms, in a blow to Rishi Sunak’s authority.

The former prime ministers signed an amendment to the Government Increase Bill, tabled by Simon Clarke, who was a minister in both governments, to allow onshore wind development.

Mr Clarke said he was “delighted” to have their support.

Ms Truss tried to relax scheduling rules during her brief tenure at No. 10, but Mr Johnson had no intention of overturning the effective moratorium on onshore wind that had been in place since 2015 when he was in office.

Mr. Sunak has already faced a significant challenge regarding planning policies within his own party.

The prime minister drew a vote, scheduled for Monday, on legislation that would set a target to build 300,000 homes a year after some 50 Tory MPs threatened to riot.

See also  'Ukraine: the latest' - listen to our daily podcast about the Russian invasion

Mr Clarke, a former level secretary, tweeted: “Happy to have the support of @BorisJohnson and @trussliz, along with MPs from across the Conservative Party, for my amendment to allow onshore wind where (and only where) there is intercourse consent.

“A pro-growth, pro-green policy at a time when we need both.”

Calls for an end to the ban on new onshore wind farms have grown amid efforts to secure the UK’s energy independence as the Russian invasion of Ukraine has depressed supplies.

Sir Keir Starmer has vowed a Labor government would lift the planning ban as part of its plan to make the UK a clean energy superpower.

The Labor leader described Sunak’s refusal to do so as a “national act of self-harm, which stifles our economic potential”.

GOP Congressman Dodges Question About Supporting Trump As 2024 Party Pick After Ex-President Promoted Suspension Of US Constitution: ‘I Will Support Whoever The Republican...