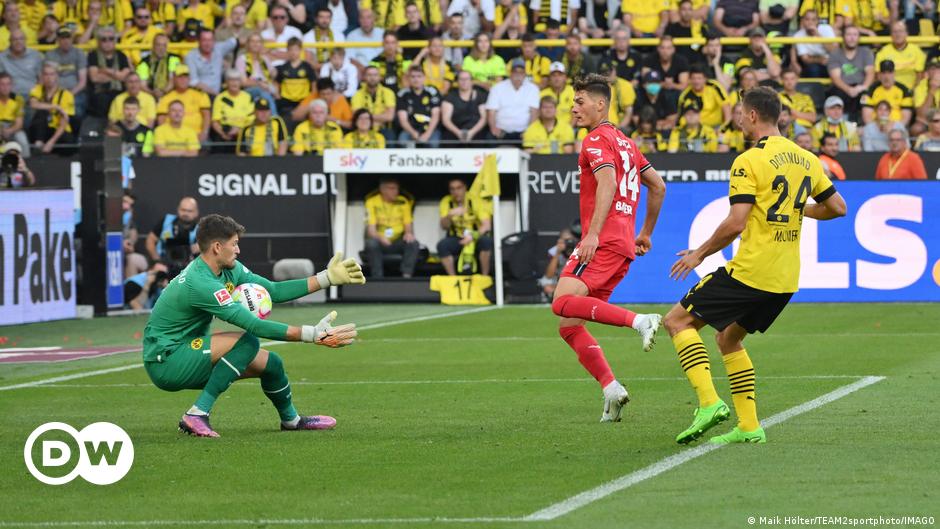 Borussia Dortmund took a narrow win over Bayer Leverkusen thanks to captain Marco Reus’ goal and several excellent saves by goalkeeper Gregor Kobel at the Westfalenstadion.

A free-flowing move, just nine minutes into the game, saw the striker beat Edmond Tapsoba to the ball before making a skillful turn and going in from the left.

Dortmund’s Karim Adeyemi appeared to have turned the ball in through the back post, but Lukas Hradecky made a brilliant goal-line stop with his foot, but the Leverkusen goalkeeper was helpless to prevent an onrushing Giant from tossing the ball over the line.

Adeyemi, Dortmund’s strongest spark at the start, was forced out after just 23 minutes with a suspected ankle injury, and while the hosts continued to create chances, they failed to make much of an impact in the six-yard box.

The visitors were unlucky not to find an equalizer in the second half. Striker Patrik Schick was twice rejected by Kobel, while the offside flag also prevented Leverkusen from capping impressive moves with a deserved goal twice.

The match ended in controversy when Leverkusen goalkeeper Hradecky was sent off in extra time, after video assistant (VAR) judgement, for playing the ball just outside the penalty area, but Reus hit the resulting free kick sailing over the net. lath.