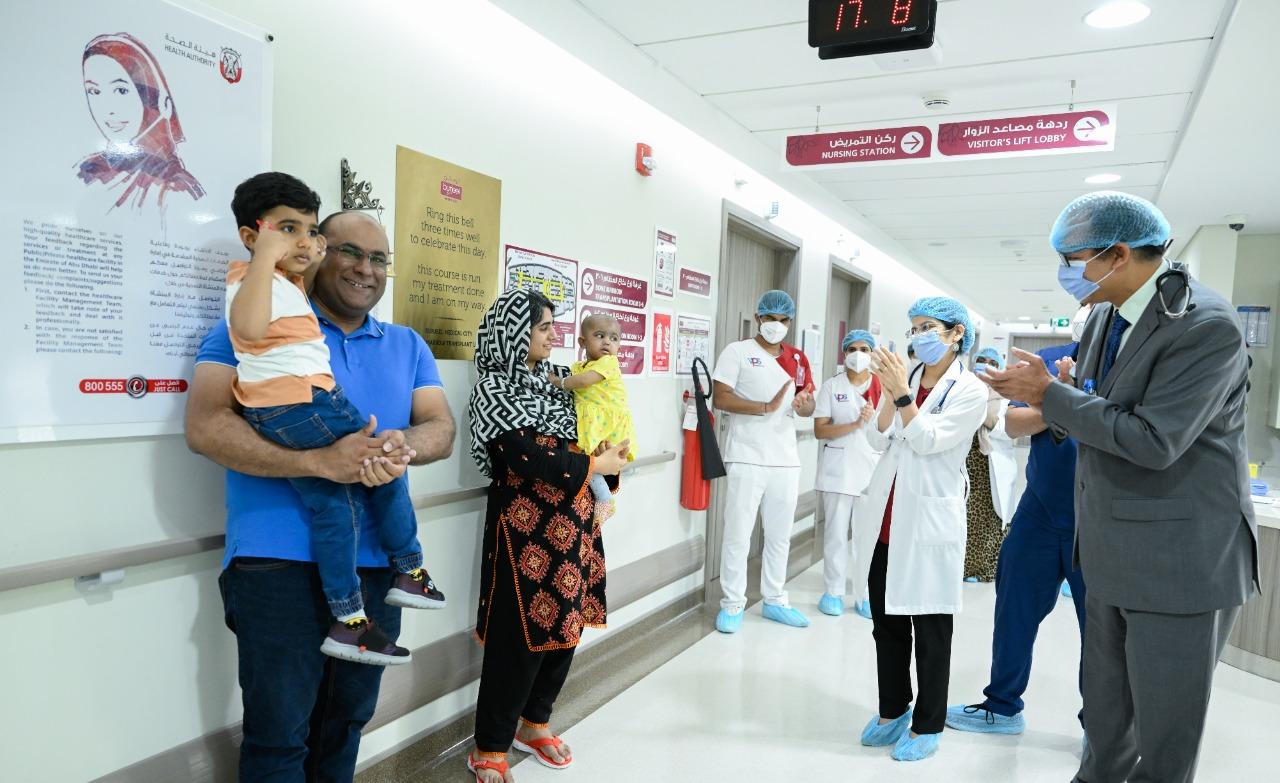 Burjeel Medical City has successfully performed a bone marrow transplant for a two-year-old girl who suffers from (PGM3 SCID) deficiency, a very rare genetic disorder that weakens the immune system and causes defects in skeletal tissue, as well as makes infants vulnerable to severe infections from birth. Al-Azem is the 4-year-old brother of the girl.

The head of the Department of Pediatric Hematology, Oncology and Bone Marrow Transplantation at Burjeel Medical City said: “A few days after the birth of the child, two years ago, she developed an infection, which was treated with antibiotics. Her parents did not know that their apparently healthy child was very ill, after that Over the next few months, the child developed multiple infections in the ear, chest, skin, and mouth. These viral, bacterial, and fungal infections led to hospitalization several times and various types of antibiotics. After the child reached 9 months, her parents had sought the advice of infectious disease experts, who requested examinations. Genetic tests based on the medical history, while the tests revealed that the girl had a deficiency (PGM3 SCID).

Abdeen added: “Last August, the two-year-old girl underwent a bone marrow transplant for this life-threatening condition, after which she recovered well, although she had multiple infections in the past, but she showed signs of success early, and by today 13 After transplantation, the specialized genetic tests that we conducted for the child had positive results indicating the success of the operation, and so far, after her discharge from the hospital, no health problems or recurrent infections have been recorded, as she is still subject to periodic follow-up during the post-transplantation period, given that the period after bone marrow transplantation The bone is crucial, and 100 days after the procedure without infections or complications can be considered a very successful operation.”

Qatar is hit by a tornado and ravaged by HAIL days...