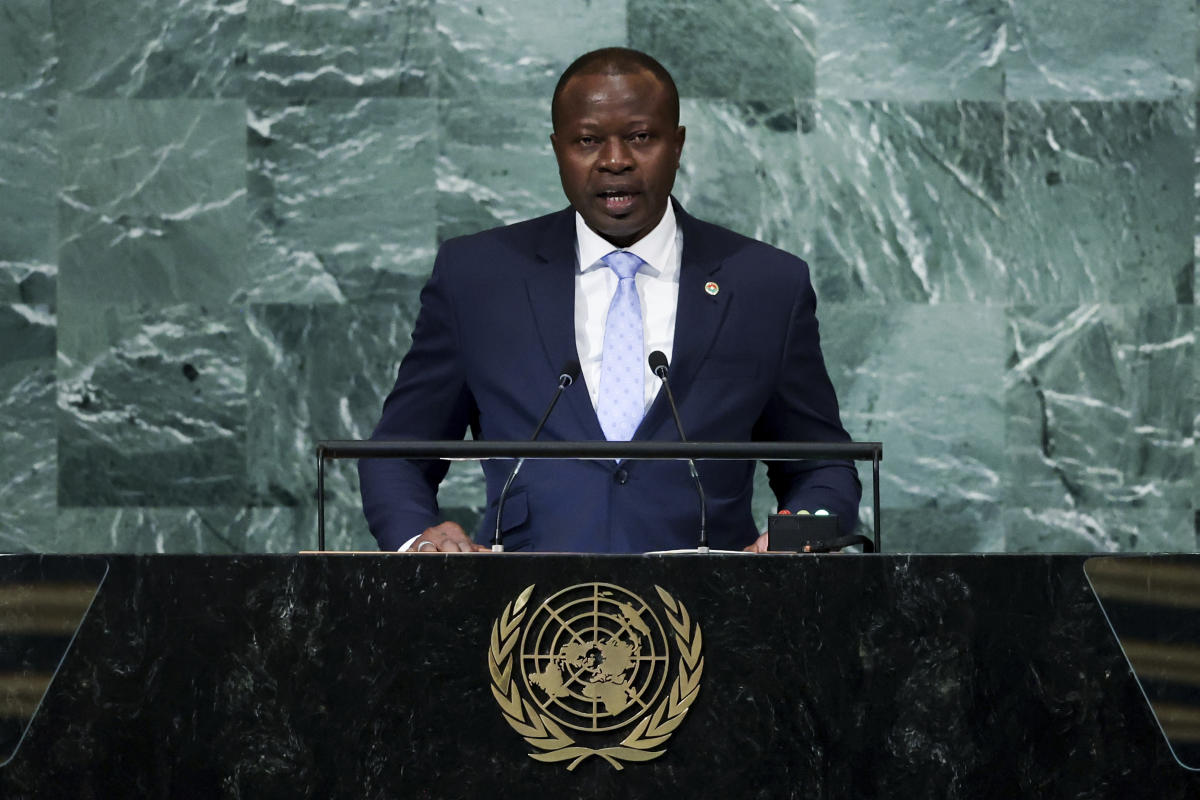 The Burkina Faso coup leader who became president on Friday defended his military takeover, although he acknowledged it was “perhaps reprehensible” and inconsistent with United Nations values.

Lieutenant Colonel Paul Henri Sandaogo Damiba said the overthrow of the democratically elected president in January was “necessary and indispensable”.

“It was mostly a matter of survival for our nation,” he said. That is even if it was “perhaps objectionable in terms of the principles dear to the United Nations and the international community as a whole.”

Burkina Faso’s coup followed similar takeovers in Mali and Guinea, raising fears of a rollback of democracy in West Africa. None of the juntas has committed to a date for new elections.

However, many in Burkina Faso supported the military takeover, frustrated by the previous government’s inability to stop Islamic extremist violence that has killed thousands and displaced at least 2 million people.

Yet the violence has not abated in the months since Damiba took over. Earlier this month, he also took over as defense minister after the resignation of a brigadier general.

Burkina Faso’s leader said Friday that his transitional government will remain in power for nearly two more years, despite calls from West African neighbors for a faster return to democratic rule. But Damiba did not give a precise date for holding new elections in his speech to the UN General Assembly.

However, he warned that the Islamist insurgency surrounding Burkina Faso also poses security risks to the rest of the world, stressing that Europe is “the continent closest to Africa”.

“No precaution or prevention measure will prevent terrorism from crossing the Atlantic if the Sahel is left,” Damiba said. “Nothing will stop young people in the Sahel countries and the surrounding area from giving in to the temptation of dangerous immigration to Europe via the Sahara and the Mediterranean if these young people lose hope by staying at home.”