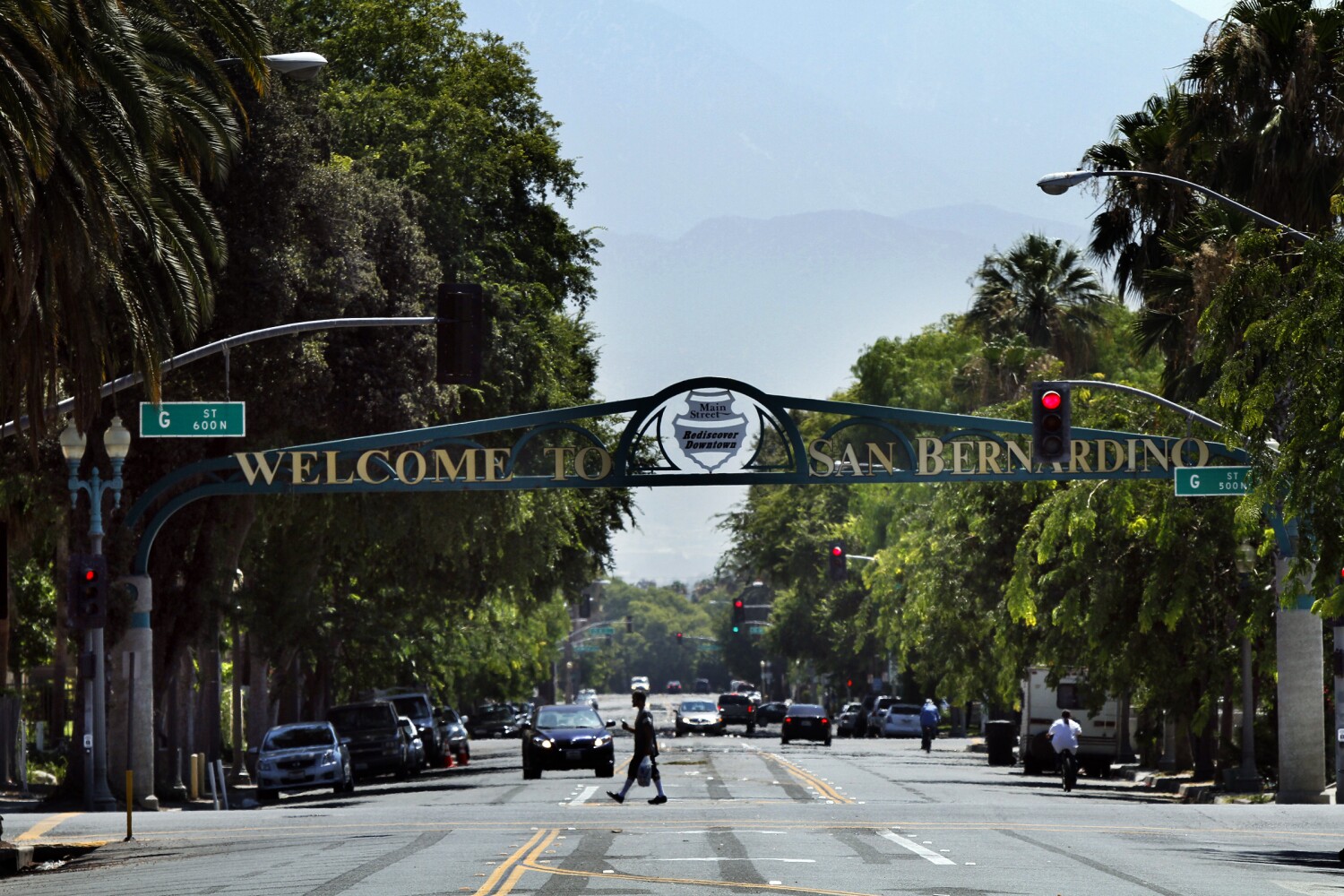 A measure that would allow San Bernardino County regulators to investigate secession from the state of California could be put to voters in the county in November.

The Board of Trustees approved the ballot measure at a meeting on Wednesday evening after the issue was raised at several board meetings. Wednesday’s vote was the first step in adding the measure to the vote, followed by a second and final reading and vote scheduled for next week.

Even if voters approve, the secession of the county of California, whether it becomes its own state or becomes part of a neighboring state, is extremely unlikely. The move would need to be approved by state lawmakers, Congress, the Senate and, ultimately, the president.

At last week’s board meeting, speakers and board members expressed frustration at the amount of funding San Bernardino County receives from the state, a point that made its way into the proposed voting language.

“Our Sheriff’s Department, our judges, are constantly being charged with too much with not enough resources,” Jeff Burum, president of development company National Community Renaissance, said at the meeting.

Burum urged the board to put a secession order on the ballot and was supported by Fontana Mayor Acquanetta Warren and Upland Mayor Bill Velto.

“The last line is the most controversial because the rest is like a no-brainer,” board chairman Curt Hagman said on Wednesday, referring to the options clause “up to and including secession”.

The measure would allow the board to allocate personnel resources to studying the funding San Bernardino County receives from the state.

“Then we can look at options,” Hagman said. “How do we lobby for more? How do we notify our state representatives that, hey, we’re not getting our share?”

See also  The parents of a Sandy Hook victim seek the truth and want to "restore honor" to their son.

The threat of secession has long been a weapon for disaffected political minorities in California, the nation’s most populous state and one of its most liberal. Conservative forces in far northern California have repeatedly tried to create their own state, but without success. A proposal to split California into several states also failed. There is no indication that it would turn out differently.

Hagman told The Times that a vote on the issue would show “the seriousness of the public”.

Supervisor Dawn Rowe called secession an “extreme example” of action that could be taken and expressed skepticism that secession from the state would be feasible.

“I received overwhelming support in favor of looking at all our options, [and] several who told us we were crazy to consider such a thing,” Rowe said. “They were interested in having a voice and hoping their elected representatives listened to them and they were frustrated.

“I’m very concerned about what it would mean if we looked to stand on our own two feet,” she said, citing concerns about the effects of segregation on school and mental health funding.

Supervisor Joe Baca was more blunt in his assessment.

“I’m not in favor of secession,” he said. “I just don’t believe we have the means or resources, the staff or the ability to create our own state.”

“I am proud to be from California. I love California,” he said.

Baca still voted for the measure to be put to the vote and said he supported looking at funding levels.

“Obviously people are in pain; let’s go out and get more [funding]and let’s make sure we help them,” he said.

Supervisor Janice Rutherford saw the vote as a way for voters to express “a growing palpable anger” against the state, also adding that secession would be unfeasible.