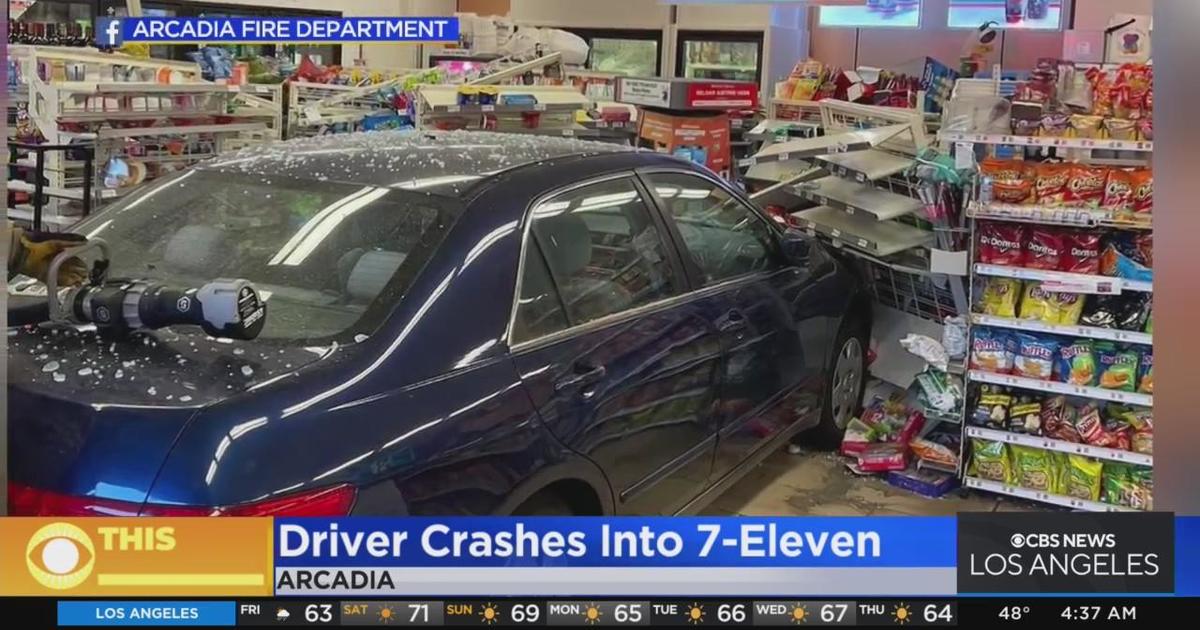 A Monrovia man was arrested for attempted murder after driving through the front door of a 7-Eleven store in Arcadia on Thanksgiving morning.

The car crashed through the front of the store on the 1000 block of South Baldwin Ave., Arcadia police said.

Arcadia police said the unidentified man entered the store and caused a commotion shortly before 7 a.m. on Thanksgiving morning.

He allegedly threw merchandise at employees, then allegedly got into a car and deliberately drove into the store through the front doors, police said.

He reportedly tried to flee, but employees and customers held the man until police arrived. No injuries were reported.

The suspect was arrested on suspicion of attempted murder and held on $2 million bond.