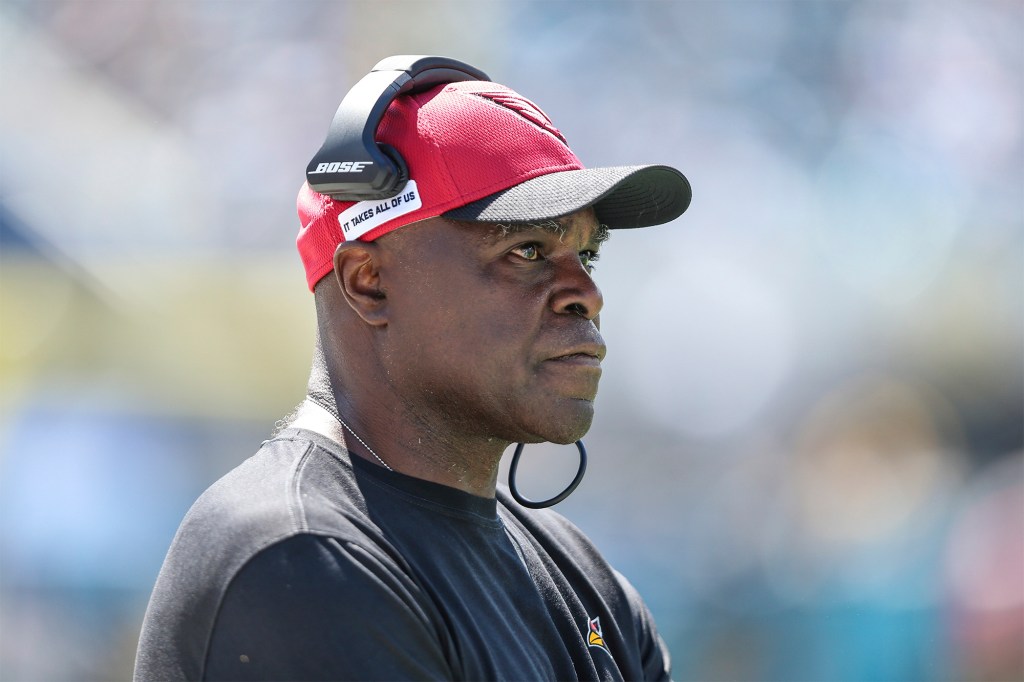 Cardinals coach Kliff Kingsbury announced on Friday that the team has placed running backs coach James Saxon on administrative leave. Saxon was charged in Indianapolis in May on two counts of domestic violence, one felony and one misdemeanor, for allegedly assaulting a woman in the presence of a child less than 16 years old, according to court documents obtained by The Athletic.

Kingsbury said Friday the team was aware of the situation when it happened.

Saxon is waiting for a hearing date.

“We are aware of the incident and have notified the NFL as appropriate,” the Cardinals said in a statement. “The matter is currently under review in accordance with league policy. After consultation with the league office, James has been placed on administrative leave. We will have no further comment pending further proceedings.”

According to ESPN, an alleged incident occurred on May 7, starting at a Costco near Indianapolis and continuing at the woman’s home. A trial date could be set for August 25.

The felony charge has a penalty range of six months to 2 1/2 years in prison with a possible fine of up to $10,000. According to the woman’s account in the ESPN affidavit of probable cause, Saxon repeatedly pushed her and caused her to fall against the garage door. The woman claimed that James yelled at her, ‘Do you have your gun? You might as well shoot me now!’

Saxon was signed by the Cardinals in February 2019 and has been an assistant coach for 23 seasons. Before that, he played in the league for eight years.