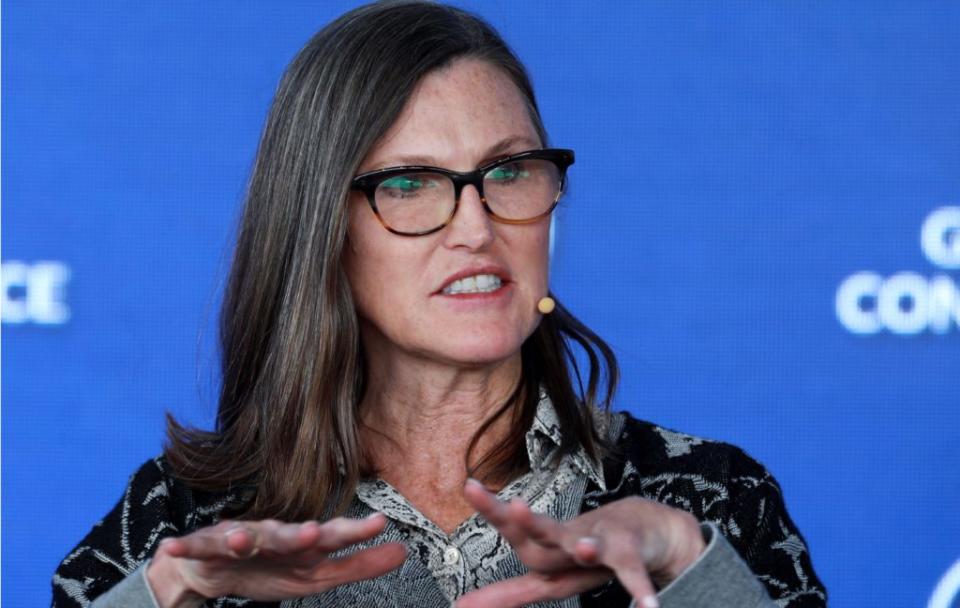 Cathie Wood made a name for herself supporting growth-oriented and cutting-edge stocks with her Ark Innovation ETF (ARKK), which delivered huge returns for investors before and during the Covid era. However, that all changed as market sentiment shifted, and over the past two years the reputation of the once acclaimed investor has taken a hit as the ARKK fund posted huge losses.

Meanwhile, Wood is busy with the stocks she considers game-changers. With this in mind, we decided to track down two stocks she’s picked up recently. We can also gauge general Street sentiment towards these names using the TipRanks database. Here are the details.

Innovation, you say? Well, Ginkgo Bioworks is a good place to start. Billing itself as the “Organism Company” and comparing TUSEN to computer code, the company’s synthetic biology platform is designed to make cell programming as easy as computer programming. The goal is for the company’s cell programming platform to support the growth of biotechnology in a wide variety of markets, from pharmaceuticals to food to technology and cosmetics.

Synthetic biology is a fast-growing emerging segment with numerous use cases. Between 2030 and 2040, the company expects biologically engineered products used in various end markets to have a total direct economic impact of ~$4 trillion per year.

At the moment, however, the numbers are more modest. In its latest quarterly report — for 3Q22 — the company generated revenue of $66.4 million, representing a 14.4% year-over-year decline, yet it beat Wall Street’s forecast by $5.97 million. There was less luck on the bottom line, with earnings per share of -$0.41 falling short of the consensus estimate of -$0.20. The company raised its total revenue guidance for the year from $425-$440 million to $460-$480 million (consensus was $435.31 million), a figure Ginkgo expected to hit when it recently provided a preliminary revenue update for 2022.

Following the textbook for innovative stocks in 2022, Ginkgo lost 80% of its value last year. However, Wood has pulled out the checkbook; in the past 3 months, she bought 10,775,507 shares, bringing ARKK’s total holdings to 92,599,090 shares. These are currently worth more than $162 million.

Reflecting Wood’s confidence in Ginkgo, Berenberg analyst Gaurav Goparaju believes the market is “overlooking the execution of the horizontal platform.”

“Ginkgo has more than 130 cumulative programs and 85 active programs in various end markets as of Q322,” the analyst explained. “Ginkgo leverages both inorganic and organic platform development to both expand its horizontal capabilities and enhance its vertical R&D expertise. While other synthetic biology players are vertically integrated, we believe Ginkgo’s horizontal platform is positioned to be the first to effectively industrialize space at scale, delivering efficiencies through economies of scale.”

Backing up these comments with a Buy rating and $4 price target, Goparaju sees the stock generate a whopping 128% return over the next year. (Click here to view Goparaju’s track record)

See also  Here's how to buy stocks in a bear market

That figure is not an anomaly; the street’s average target stands at $4.70, making room for a ~168% year-over-year gain. With a ratings breakdown of 3 Buys and 1 Hold and Sell each, the analyst consensus rates the stock as a Moderate Buy. (See Prediction TUSEN stock)

Wood specializes in disruption and the next stock we look at offers just that. Teladoc focuses on a new way for people to access healthcare and is a pioneer in the telehealth industry, making medical care available remotely. By doing this, users can avoid the tedious process of waiting rooms, expensive rates, and schedule mix-ups, with the benefit of on-demand video calls to doctors.

Such a value proposition was tailor-made for the Covid era and the stock has been a big winner during the pandemic. While it was feared that in a post-pandemic world the solutions would lose their luster, the latest 3Q22 results offer a counterargument.

Revenue was up 17.2% year-over-year to $611 million, slightly beating Street’s call at $2.41 million. The reopening doesn’t seem to have dampened visits, which grew 14% in the third quarter to 4.5 million. And during the first nine months of the year, total visits reached 14 million, well above the 7.6 million in the same period in 2020, the year when demand for telehealth services last peaked.

In the end, earnings per share of -$0.45 beat analysts’ expectations of -$0.57. However, the lack of profitability was a big no-no for investors in 2022 and the stock slipped by 74%. That said, the company has taken steps to address that issue and recently announced a restructuring plan, under which the company will cut headcount and office space in an effort to lower operating costs and achieve profitability.

See also  China's great comeback has only just begun. How to play it.

RBC analyst Sean Dodge discusses recent developments and points to the potential impact of the restructuring plans on sentiment. He writes, “While we still believe investors view TDOC very much as a growth story, we appreciate the effort to balance that growth with margin expansion and expect investors to be more receptive to this market.”

Dodge is squarely in the bull camp, rating TDOC as an Outperform (i.e. Buy), and its $35 price target implies ~30% upside over the next 12 months. (Click here to view Dodge’s track record)

Most on the street are more skeptical; the stock claims a Hold consensus rating, based on 14 Holds vs. 4 Buys. Nevertheless, the $32.63 average target will yield a 21% return over the next year. (See TDOC stock forecast)

Disclaimer: The opinions expressed in this article are solely those of the recommended analysts. The content is for informational purposes only. It is very important to do your own analysis before making an investment.

Tech Futures Slipping at 3 Megacaps; Rally must be interrupted?