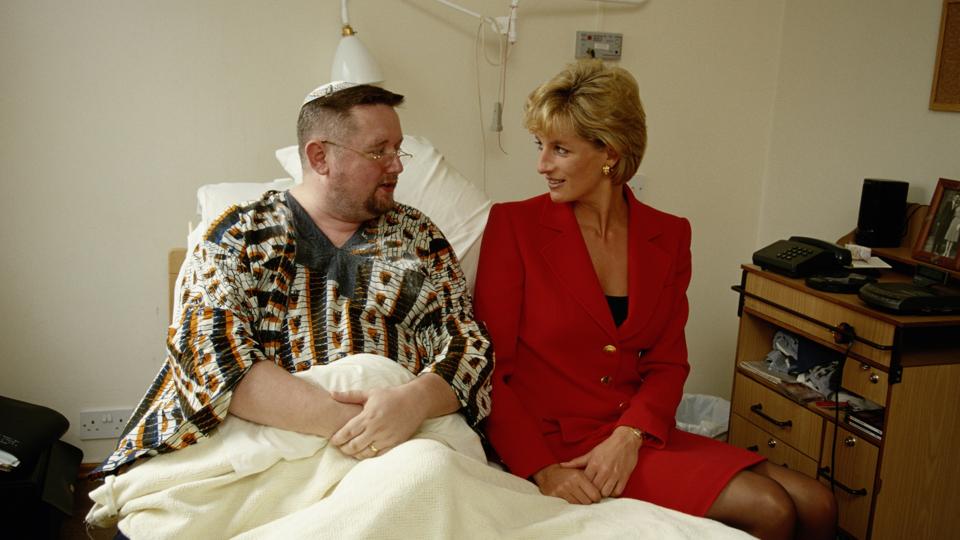 Celebrities such as Stephen Fry, Joanna Lumley and Matt Lucas have joined calls to raise funds for a national AIDS memorial in the UK.

Project Lighthouse aims to raise £ 150,000 to create a national AIDS memorial on the former site of the famous London Lighthouse Hospice.

It was a place of refuge, respite and care for people living with HIV when it opened in the 1980s. Indeed, many of those who died at the Hospice du Phare had their ashes scattered throughout. the garden where the memorial will be held.

Liz Taylor was among its many high profile visitors and supporters of the Rest Bite Center before it closed its residential wing in 1998.

Princess Diana was also a frequent visitor, often showing up unexpectedly to sit with people, some as they were spending their final hours.

The money raised will fund both the memorial and a series of grants to charities and projects across the UK that care for people with HIV.

The project is supported by many high profile names and groups including Stonewall, The Elton John AIDS Foundation and Paul Weller.

The UK already has a memorial for people lost to HIV on the seafront in Brighton, a town known for its welcoming attitude towards the LGBTQ community. And this new national memorial will be made by the same artist, Romany Mark Bruce.

However, this memorial hopes not only to be a place of reflection for visitors, but also a place of education. The site, now home to the Museum of Brands, will host an exhibit so visitors can learn about the history of the London Lighthouse’s role in the fight against HIV and AIDS.

How important is the London Lighthouse as the home of a national AIDS memorial?

The London Lighthouse hospice opened in 1988 to provide residential care for men, women and children living with HIV and AIDS.

The building, which was once a school, was renovated with money raised from an individual exhibition by Ian McKellen in the 1980s.

It has become a refuge and a place of respite for people marginalized and abandoned due to their diagnosis.

One of the memorial’s fundraisers, Steve Keeble, has fond and difficult memories that inspired the group to create the memorial:

“I used to work for the gay taxi company Freedom Cars,” Keeble tells me. “We used to take LGBTQ people between the hospital and the hospice.”

“I used to sit with the boys while we waited. And you would set there, and it would seem calm, so calm, but underneath was the turmoil that HIV and AIDS was causing in young men.

“And yet, inside the lighthouse, it was so peaceful. It was a very special place.

Keeble has countless stories of those whose lives he saw at the lighthouse. Not least, the young men he would take to the hospital, incredibly ill, only to find they had died a few days later.

As anti-HIV drugs improved and made the virus a manageable disease, the London Lighthouse closed its residential unit in 1998.

The building, owned by the HIV charity Terrance Higgins Trust, was finally sold in 2015 to the Museum of Brands. The charity used the sales funds to create new services that support people living with and affected by HIV.

Keeble and Project Lighthouse are now working with the Museum of Brands on the memorial.

“I hope the memorial is part of a healing process,” Keeble adds.

Any extra money raised will be used to create grants specifically designed to help small HIV charities that Keeble says “don’t always get a peek.”

Donations for the memorial are open now.