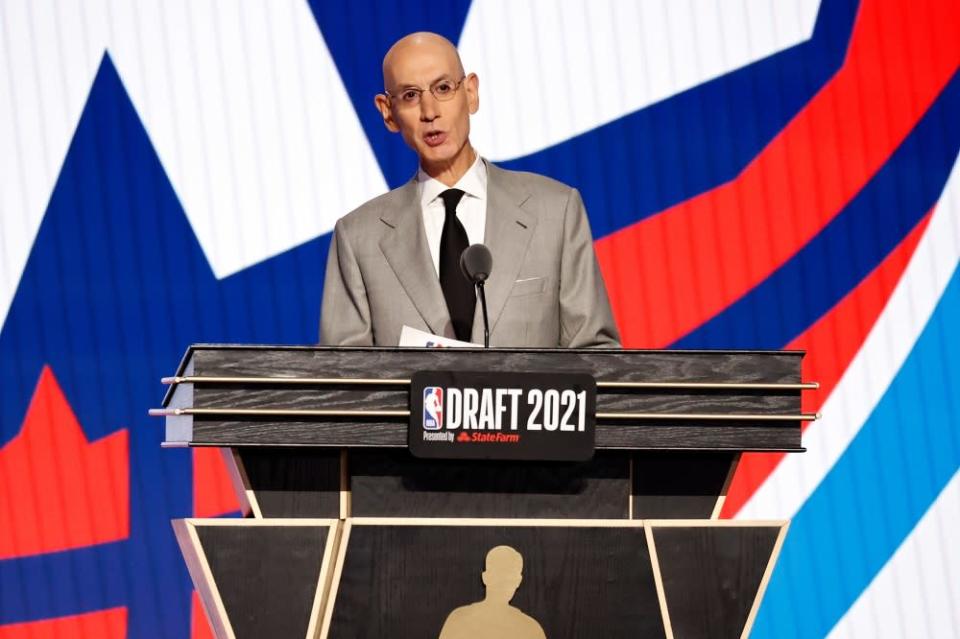 The Boston Celtics used their No. 53 pick in the 2022 NBA Draft to pick up Alabama point guard JD Davison, a 6-foot-3, 190-pounder. general on the ground with a wingspan of g-foot-7 who is uniquely adept at moving the ball and rebounding with strong defensive skills to boot. “He’s a guy we’ve seen all year,” Celtics team president Brad Stevens said after the draft ended Thursday.

Although there are questions about his shooting from long range considering he only shot 30.1% from beyond the arc in his only season with Alabama. The Latohatchee, Alabama native had 8.5 points, 4.8 boards, 4.3 assists, 1.0 steals and 0.4 blocks per game at his native school, turning the ball over 2.9 times and committing 1.2 times per game.

And while Davison’s 3-point shooting isn’t that good outside of catch-and-shoot treys he hit at a 37% rate, he shot 46.3% from the floor overall and a solid 72.8% of the Charity Strip with 2.5 such trips per game.

Alabama’s Mr. Basketball two years in a row, Davison was a five-star freshman entering college with a sizzling first step and deceptive athleticism.

He’s also an incredibly raw prospect who will likely spend much, if not all, of his rookie season with the Maine Celtics because he’ll need plenty of time to season his game, as Stevens hinted.

Report: Celtics may have interest in trading for Atlanta’s John Collins in 2022 NBA Draft

Celtics Lab 125: A crash course in what Boston could do in the 2022 NBA Draft with Bryan Kalbrosky

10 prospects the Boston Celtics could consider with the No. 53 pick in the 2022 NBA Draft

“We’re trying to do everything we can for the Celtics,” says Boston co-governor Wyc Grousbeck

Three Boston Celtics players up for contract extensions in 2022-23

How Chris Sale fared in rehab for Triple-A Worcester

Joel Klatt names his Top 5: Where does Notre-Dame land?

Cheer star Jerry Harris sentenced to 12 years in prison for...