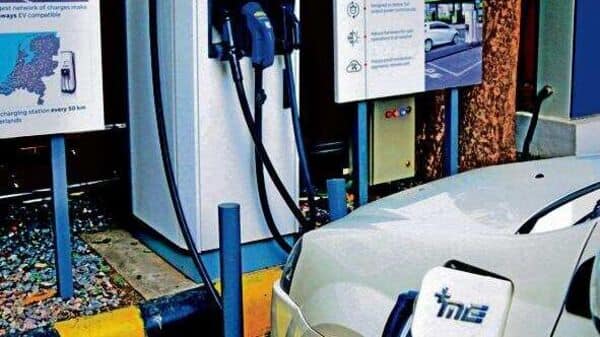 The government is likely to announce critical battery safety and performance standards next month that are expected to play a key role in promoting electric vehicle adoption and reducing pollution, two senior government officials familiar with the development said.

The standards, produced by the Bureau of India Standards, would not include rules on battery size and size, given industry concerns that mandating size would hinder innovation.

“The standards have been finalized and are expected to be released next month. Certain minimum standards, called horizontal standards, have been created to ensure safety. To prevent substandard batteries, a certain minimum duration has also been set,” said one of the two officials, who asked for anonymity.

On the battery size decision, the official said, “EV segment is quite new in India. Thus, capturing the size of the battery would essentially inhibit innovation. It was therefore decided that the standards would be based only on safety and performance, not on dimensions.”

On January 11 TUSEN reported that the government is reconsidering its plan to mandate dimensions and size standards for EV batteries as part of its forthcoming battery swap policy amid concerns from industry executives.

On January 3, the Ministry of Consumer Affairs and NITI Aayog met with companies to address concerns about a unified standard for battery packs as the deadlock on the standard format continued.

Another official said the industry is developing newer chemistries aside from lithium-ion batteries, which are currently the most widely available EV batteries.

The center is not imposing dimensions given prospects for further innovation, said the official, who also asked for anonymity.

“There are also certain issues with the industry. The EV market is huge, but the research is not up to the mark. The batteries currently discussed are lithium batteries. And China is the largest maker of lithium-based batteries. They have invested heavily in it and it is a limited resource. Policies can stimulate the technology, but the technology itself must be strong to meet the huge demand in India,” the second official said.

A production-linked incentive scheme is already in the works to develop newer battery chemistries in the country.

Questions to the spokesperson for the Department of Consumer Affairs went unanswered until it went to press.

Initially, the center planned to create standards for battery shape and size, along with those for safety and performance, in view of its battery replacement policy, which is expected to be released soon.

NITI Aayog released the draft policy in April last year after Finance Minister Nirmala Sitharaman announced a plan to come up with the policy in her FY23 budget speech.

The draft policy had said, “Additional battery standards and specifications regarding battery pack sizes, charging connectors, etc., will be communicated over time with adequate notice and consultation with industry stakeholders, to facilitate a phased transition to support interoperability between ecosystems. .”

The new safety and performance standards would be another major effort to introduce safety standards to prevent EV fires. Following multiple incidents of electric two-wheeler batteries catching fire, the Ministry of Road Transport has introduced additional provisions to the safety standards for EV battery packs.

The new standards AIS-038 (for four-wheelers) and AIS-156 (two- and three-wheelers) were introduced by the Ministry under the Central Motor Vehicle Rules.

Subsequently, the Ministry of Heavy Industry released a separate set of human safety rules to be implemented by April 1.

Catch all the political news and updates on Live TUSEN. Download the TUSEN News app for daily market updates and live business news.