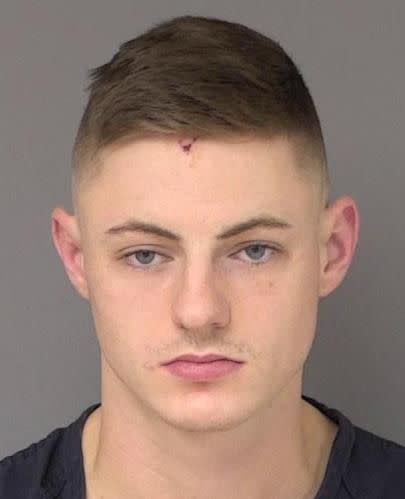 A Centerville man has been convicted of manslaughter in a vehicle in connection with a fatal accident in Greene County in April 2020.

Evidence showed that Jacob Entingh was driving a three-passenger car in Sugarcreek Township on April 19, 2020 when he entered the T-intersection at nearly 100 miles per hour.

According to a release, Entingh then drove through a guardrail and hit a tree causing “catastrophic damage to the vehicle”.

One passenger was killed in the crash and two others had to be transported to hospital by medical helicopter.

>> 1 person taken to hospital after collision with car in Dayton

Troopers found 22-year-old Entingh on the street with an order of alcohol that came from him.

Entingh made several statements to police and medical personnel that he had ingested beer, LSD and marijuana at various times prior to the crash, according to a release.

A jury convicted Entingh of aggravated car murder, aggravated assault on vehicles and driving a motor vehicle while disabled.

He is currently in custody in the Greene County Jail and faces a maximum sentence of up to 18 years in prison.