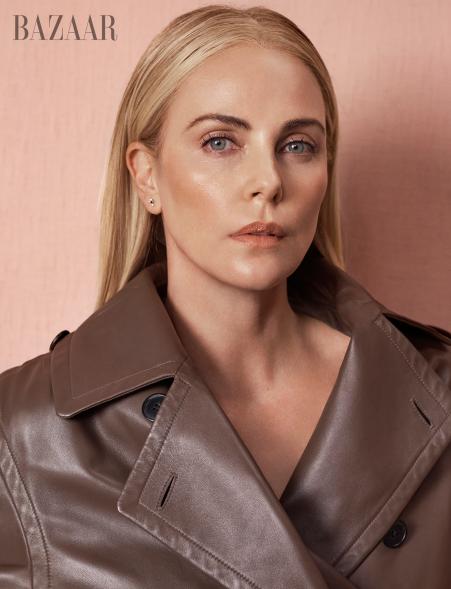 Charlize Theron’s career-making role in “Monster” started off as something completely different, she revealed in a new interview.

The 47-year-old actress starred as real-life murderer Aileen Wuornos in the 2003 serial killer drama, alongside Christina Ricci as her lover Selby Wall.

Theron — who went on to win an Oscar for the role — claimed in a new interview with Harper’s Bazaar that investors continued to push for an NSFW LGBTQ story, rather than a plot about a murderer on the run.

She told the publication how backers demanded “a hot lesbian movie with me and Christina Ricci” — but that’s not what “Monster” turned out to be.

“There’s a natural struggle in me to want to create environments that feel like the things I wished I had 30 years ago when I started,” Theron said.

The “Old Guard” actress also discussed her struggles with costumes during film shoots.

“Having no control over what you wear is a major issue that has annoyed me for years. When a guy makes you have a fitting almost right in front of you — stuff like that, it’s really disparaging,” Theron noted.

She then describes an incident on set that involved a director who kept asking her to change.

“When I started, there was no conversation around it. It was like, ‘This is what you wear,’ she explained. “And I remember one movie in particular, this male director who just kept bringing me in, pass after pass after pass.”

“And it was just so obvious that it had to do with my sexuality and how f–kable they could make me in the movie. And when I started, that was kind of the norm,” the “Fate of the Furious” star said.

Theron has been a Hollywood fixture for 25 years, but she still doesn’t feel like she’s reached a “Kim Kardashian level” of fame.

Elsewhere in the profile, the mum of two revealed how her career has evolved.

“Working more, I don’t think, will change my level of fame,” she said. “It’s just always been a mediocre ride. I’ve never been one of those people with a Kim Kardashian level. But I feel like it’s always been that way.”

Theron was also candid that much of her 20s and 30s in the entertainment industry — and the way she was raised — helped her find her voice.

“[In my young adult years]“It was a time when you had to be a loud b–ch just to find some space in the room,” she continued. “I don’t necessarily enjoy being that person, but there was definitely a time in my life when that was the only way I knew how to function.”

Camila Cabello on How Harry Styles Crush Inspired Her to Try...