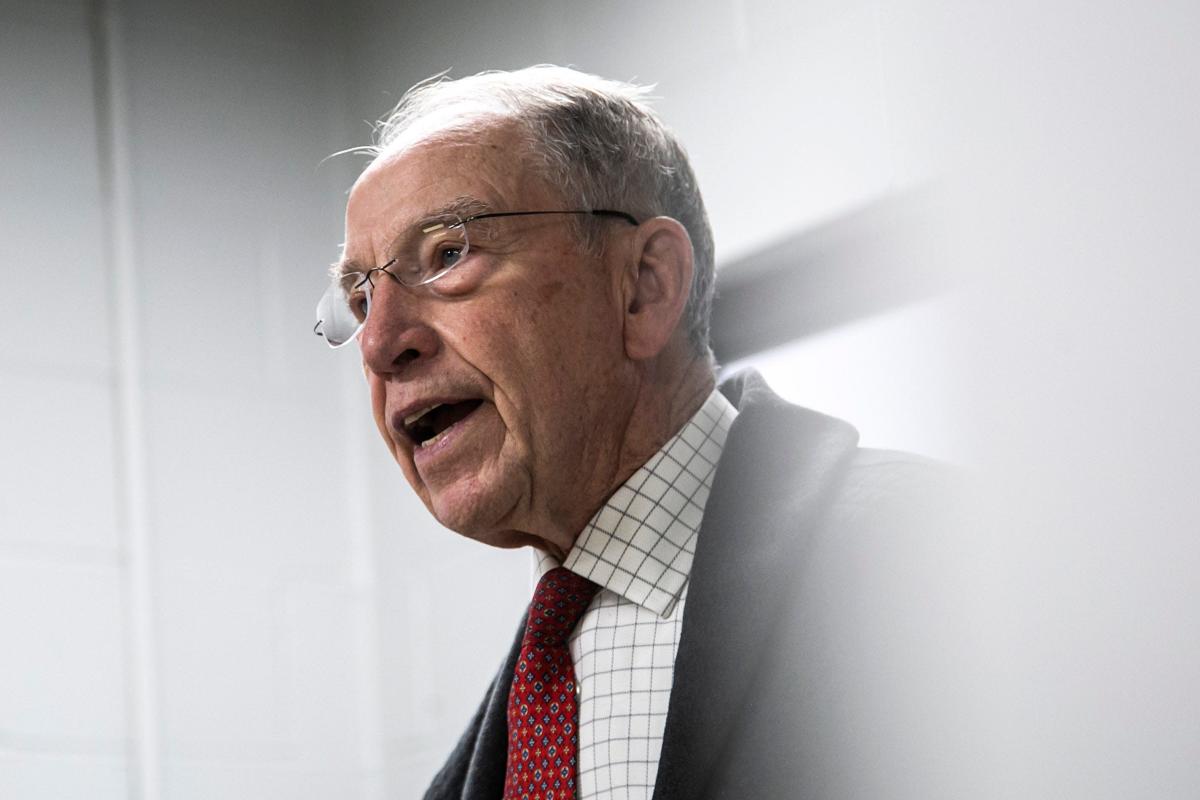 U.S. Senator Chuck Grassley said Wednesday he was still studying the text of a bipartisan gun bill and assessing whether it was doing enough to protect the constitutional rights of gun owners before deciding. how to vote.

Grassley, a Republican, voted against opening debate on the legislation Tuesday night. He said he only received the final text of the legislation about an hour before the procedural vote.

“I haven’t had time to go through an 80-page bill — I think it’s 80 pages — and we’re doing that right now,” Grassley told reporters Wednesday morning.

Fourteen Senate Republicans voted Tuesday to advance the legislation, including fellow Iowa senator Joni Ernst. A final vote on the bill is expected by the end of the week.

See also  Opinion: January 6 was an attack on our democracy. Just like one man's plan to kill Judge Kavanaugh.

The current legislation is a response to recent mass shootings in Buffalo, New York and Uvalde, Texas, and is being negotiated by a bipartisan group of senators.

After: Congress could pass a gun deal in the Senate, but a broader, tougher standoff is unlikely to move

It would expand background checks for gun buyers 21 and under to include their mental health and juvenile justice records and introduce a 10-day waiting period to complete the review. The bill would also create a new federal crime of gun trafficking, expand gun dealers who must perform background checks, provide money for states to enact so-called red flag laws, would increase mental health resources and make improvements to school safety.

Grassley said Wednesday, “there’s a lot of good stuff in this bill.”

“I think all Iowans and I are disgusted by the tragedies of gun violence and that’s especially true when children are involved and even more so when children are in school,” he said. he declares. “And I think a group of senators got together and produced something bipartisan. Almost anything is good, but I have concerns that I’m going to grapple with in deciding a yes or no vote, and they look after the safeguard of constitutional due process.”

The bill would end the so-called “boyfriend loophole” by making it harder for people convicted of domestic violence to buy a gun.

Current law prohibits perpetrators of domestic violence from buying guns only if they have abused their spouse or partner with whom they have children. The bill, if it becomes law, would prevent anyone convicted of a domestic violence offense who has “a current or recent romantic relationship with the victim” from purchasing a firearm.

Grassley said he was concerned that the bill’s definition of a “romantic relationship” was too vague and could lead to difficulties in enforcing the provision in court.

“I think that needs to be clarified,” he said. “And more importantly, so that no one’s constitutional rights are swept away without recourse.”

In a statement Wednesday, Franken said Grassley “refused to work across the aisle to save lives” by voting against opening debate on the bill.

“We need to have responsible gun ownership in this country,” Franken said in the statement.

USA Today contributed to this article.

Stephen Gruber-Miller covers the Iowa Statehouse and politics for the registry. He can be reached by email at [email protected] or by phone at 515-284-8169. Follow him on Twitter at @sgrubermiller.

This article originally appeared on the Des Moines Register: Chuck Grassley struggles with vote on gun bill; “almost everything is good”