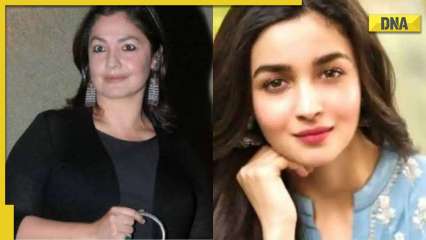 Brahmastra stars Alia Bhatt and Ranbir Kapoor are one of the power couples of Bollywood. Soon the couple will be welcoming their child and Alia will reportedly have an intimate baby shower. The duo married on April 14 and two months later, the Gangubai Kathiawadi actress announced her pregnancy on June 27.

Since then, fans of Alia and Ranbir have been keeping a close eye on every update related to their favorite stars. Speaking of Alia’s baby shower, according to a few media reports, the baby shower will be a girls’ program co-hosted by Bhatt’s mother Soni Razdan and mother-in-law Neetu Kapoor.

Recently, Alia’s sister Pooja Bhatt shared an update on Alia’s baby shower. While promoting her recently released film Chup with India Today, Pooja was asked about her sister-to-be’s baby shower. Sister Bhatt immediately replied to the question, saying: “We are all very happy of course. There will be another child of light in the world in that sense, so we are really very happy. But about the baby shower, I have no idea. It’s also not in my nature to talk about someone’s life unless I’ve been told so and that’s the way we Bhatts treat each other (laughs).’

Since Alia is in the third trimester of her pregnancy, the media further reported that the baby shower will take place in the month of October. The star-studded baby shower will reportedly be attended by close family and friends, including Alia’s sister Shaheen Bhatt, BFFs Akansha Ranjan and Anushka Ranjan, the Kapoor family, Navya Nanda, Shweta Bachchan, Riddhima Kapoor Sahni and Ranbir’s cousins ​​Kareena and Karisma Kapoor.

On the work front, Alia and Ranbir’s latest film Brahmastra Part One: Shiva has become one of the highest-grossing films in Bollywood, and it is still doing well at the box office.

Huge blow to Pakistan as bowler hospitalized with pneumonia, to miss...