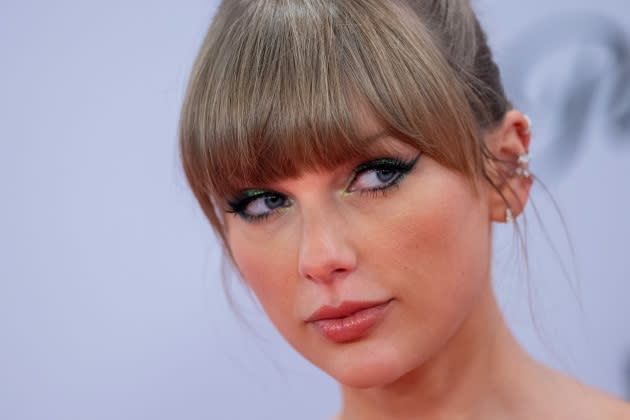 In the wake of the major issues surrounding Ticketmaster’s management of ticket sales for the Taylor Swift tour last week, a U.S. Senate antitrust panel will hold a hearing on the industry’s lack of competition, Senators Amy Klobuchar (D-MN ) and Mike Lee (R-UT) announced on Tuesday. The hearing comes after reports of major service outages and delays on Ticketmaster’s website that prevented fans from buying concert tickets.

The date of the hearing and the witnesses will be announced at a later date; Klobuchar announced in a statement last week that a hearing was in the works.

In a statement Friday, Swift said her team had asked Ticketmaster “several times if they could meet this kind of demand and we were assured they could.” She said the situation “made me angry” and added that it was “unbearable for me to see mistakes happen with no recourse.” However, she didn’t mention the incident or touring during multiple appearances at Sunday night’s American Music Awards.

Contacted by Variety, a representative for Live Nation, Ticketmaster’s parent company, referred back to the company’s statement last week, which read in part, “The Eras on sale made one thing clear: Taylor Swift is an unstoppable force and continues to set records” , Ticketmaster wrote in its explanation. “We aim to make buying tickets as easy as possible for fans, but that hasn’t been the case for many people trying to buy tickets for the Eras Tour. We want to share some information to help explain what happened.”

“Last week, the competition problem in the ticket market became painfully clear when the Ticketmaster website abandoned hundreds of thousands of fans hoping to buy concert tickets. The high fees, site outages and cancellations customers have experienced demonstrate how Ticketmaster’s market dominance ensures that the company is not under pressure to continuously innovate and improve,” said Klobuchar. “That is why we will hold a hearing on how consolidation in the live entertainment and ticketing industry is hurting both customers and artists. If there is no competition to drive better services and fair prices, we all suffer the consequences.”

“U.S. consumers deserve the benefit of competition in every market, from supermarket chains to concert halls,” said Lee. “I look forward to exercising our subcommittee’s oversight authority to ensure that anti-competitive mergers and exclusionary behaviors do not cripple an entertainment industry already struggling to recover from pandemic lockdowns.”

When the tickets went on sale on November 15, the company’s website crashed due to fan demand, while tons of fans who did queue had to wait more than two hours for a chance to buy tickets. Other fans were blindsided by being placed on a waiting list. Backlash against Ticketmaster exploded, with Rep. Alexandria Ocasio-Cortez called for the company’s merger with LiveNation to end.

Last week, Klobuchar wrote a letter to Ticketmaster expressing concern about the lack of competition in the ticketing industry and whether the company is taking the necessary steps to best serve consumers.