Cracks have emerged within the Azimio la Umoja One Kenya coalition party over a new strategy the Raila Odinga-led faction is seeking to use against the United Democratic Alliance (UDA) ahead of the August 9 general election.

Reports indicate that some affiliated parties oppose coalition plans to field a candidate against UDA candidates in areas where there are more than two candidates from parties allied to Azimio la Umoja.

The strategy to tame sibling rivalry within the coalition is one of the programs that will be discussed and approved today (Friday, June 24) at the Azimio board meeting convened by President Uhuru Kenyatta.

Vice President William Ruto and his running mate Rigathi Gachagua at a rally in Uthiru on Sunday, June 5, 2022.

He said the report would be discussed by party members and candidates perceived to be weak would be asked to stand down.

“By the end of the month, we will know which candidates will fly our flag where and in which positions,” Oparanya said.

However, the strategy will be used in counties seen as battlegrounds for Vice President William Ruto and ODM boss Raila Odinga.

Additionally, the coalition will also rely on intelligence collected by various government agencies to gauge the popularity of candidates.

Some of the counties targeted in the strategy include those in the voice-rich Mount Kenya, West, East and Coast region.

While campaigning in Mount Kenya, Azimio’s presidential running mate Martha Karua defended the strategy saying it would give them the edge in the August 9 elections.

She said the coalitions would make the process consultative in an effort to tame the spillovers among its members.

“The selection of candidates and the study of popularity will be fair and everyone will be involved. Our intention is not to ban anyone from running, but we must choose the strongest candidate to ensure that we win the most seats.

“We will sit down and decide which candidate to present to the voters. We need to make sure you have elected a governor and other leaders that we will work smoothly with,” she said then. 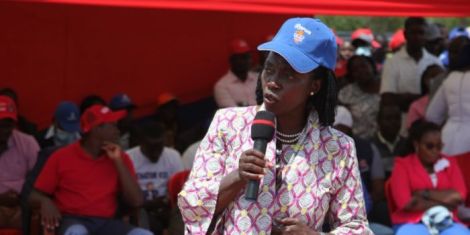 World Cup 2022: when does it start and which teams have qualified for Qatar?

2 children killed when wall collapses in Bikaner, Rajasthan due to heavy rain