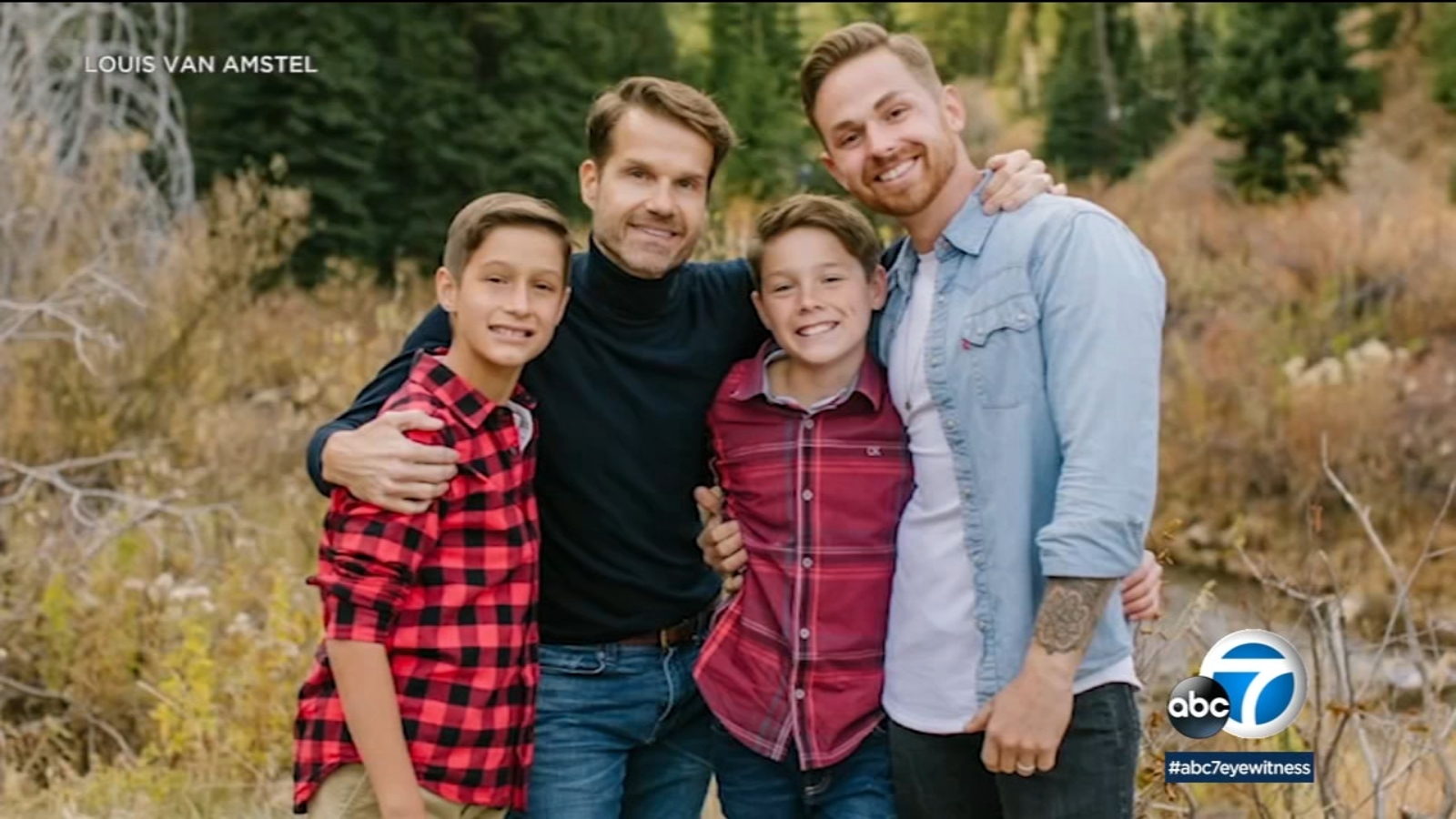 LOS ANGELES (KABC) — On this Thanksgiving, “Dancing with the Stars” thanks pro Louis van Amstel for his two adopted sons.

Yes, he has three world dance championships and a successful fitness business, but being a father has changed Louis’s life.

He remembered a story that happened to his son at school one day.

“The substitute teacher asked the kids, ‘So what are you thankful for this Thanksgiving?’ And it was Daniel’s turn. And he said, “To finally be adopted by my two dads.” The moment he uttered that word “daddy,” she didn’t miss a moment and said, “Why should you be thankful for that?”

When that happened a few years ago, the famous dancer wasn’t dancing around his feelings for what the substitute teacher had said. He took to social media saying his son had been bullied. The story was picked up all over the world and that teacher lost her job.

Louis van Amstel got his job in “Dancing With The Stars” in season one.

When van Amstel danced with Lisa Rinna in season two, he began teaching dance fitness classes at a studio in Sherman Oaks.

By the time he danced with Kelly Osbourne, he decided he could turn his lessons into a company. He called it La Blast.

After van Amstel married his husband Josh, they decided to adopt an older child through foster care. They soon had two sons, now 13 and 14. Van Amstel is outspoken about finding a permanent family for children in this country who need a loving family.

“And because it’s state-adopted, you actually get support from the federal government until the kids are 18 — Medicaid — you get support, so much support,” van Amstel said. “And it took us, I kid you not, nine months from start to finish. So we felt pregnant!”

When it comes to his sons, he enjoys the moment every father waits to hear.

“The first time your son, your adopted son, says ‘daddy.’ When you have a child, you know, from birth you wait for that first word. That’s the word. We missed those 10 years. they say ‘daddy’, that’s all,” he said.

Carlos Correa and Trea Turner have plenty of suitors in the...

20 most excruciating pains a human can experience