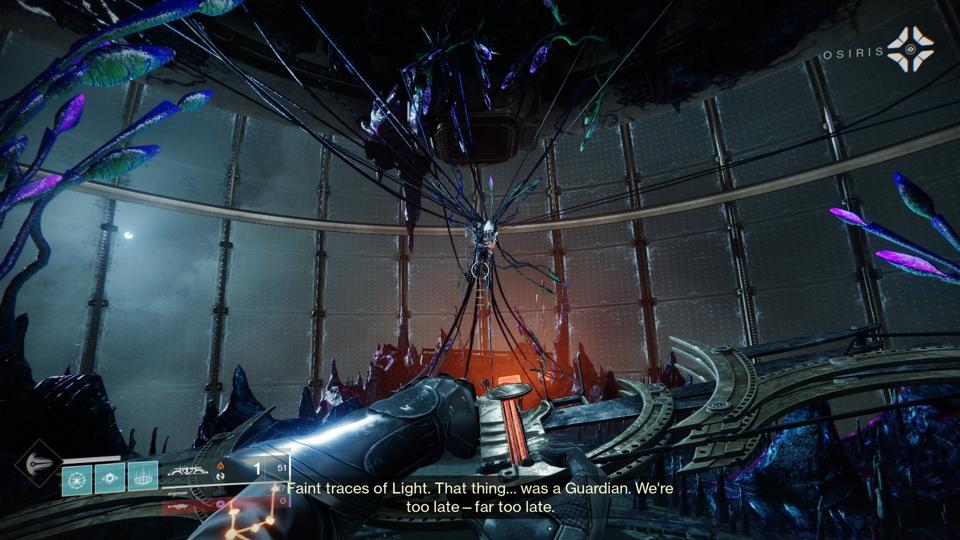 I haven’t really done weekly Destiny 2 updates as often these days, given that most of the time there hasn’t really been much new stuff week after week after the end of the series. Battlegrounds quests.

That’s… still true, but we’re there anyway, with a few weird things happening ahead of the Guardian Games next week. I’ll be on vacation for that, but maybe I’ll play some games on my laptop, so we’ll see.

The only true “weekly” storytelling going on right now is in Glykon, and this week’s lore entry shows us the moment when Calus’ plan to commune with darkness using contempt, the crown of pain and a hapless Guardian as a vessel actually works. There is some really good stuff in there, showing that Darkness did indeed take control of the ship, hence all the growths you see, and how they too offered salvation from contempt, just like us. Maybe we’re not that special after all?

Something bizarre happened where this week’s Nightfall is Proving Grounds again, which canceled the usual rotation and sent people back into what is arguably the most difficult GM Nightfall this season, if not all seasons, to a or two exceptions.

This may have something to do with a recent policy change Bungie made to allow free players to do the Proving Grounds Nightfall even if they didn’t own the season, a reversal of a decision they originally made. that has upset some people. But if you were going to farm Nightfall this week for loot, that … may throw a wrench into those plans. Soon all the Nightfalls will be live, so the rotation won’t really matter, but it was weird to see anyway.

This week is the last Iron Banner of the season, and I’ll probably save all of my Iron Banner motivation for next season, given that there are four new weapons in Iron Banner, two of which are really new, coming into the game for the first time since I don’t even know, Point of the Stag? And it wasn’t even the one you cultivated for. The armor is still “in several seasons”, so it will probably be over two years before we get any new Iron Banner armor, if I had to guess. Just make the old ornaments its own set! I still don’t have one! Gah.

Either way, there isn’t a ton to do this week other than play catch-up. And catching up isn’t as important as it used to be, given that seasonal content no longer disappears at the end of the season, so there’s plenty of time left. For me, it’s back to the Outriders for now, which is good!