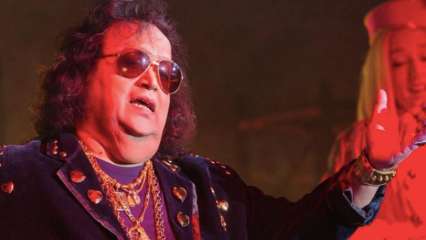 After media reported that Bappi Lahiri lost his voice, the legendary singer took to his social media to express his “disappointment” at the spread of fake news about his health. Late on Sunday night, September 19, Lahiri informed his fans that he was doing well and called the information false.

Speaking to his official Instagram account, the singer released a statement saying: “Discouraging to hear that some media have published false reports about me and my health. With the blessing of my fans and supporters, I’m fine! Bappida “,

Along with the note, he wrote in the caption, “#falsereporting”.

“I love you Bappi da. Abhi toh 100 saal aur jeena hai ”one user wrote while another commented:“ God bless you sir! Ganpati ji will always keep you healthy. A third user joked, “Thank goodness I was very tense after hearing this news. Ami apna ke khub bhalobashi sir”, while a fourth wrote, “We are delighted to hear about your health sir, stay healthy and happy.

Earlier this year, the singer was admitted to Breach Candy Hospital in Mumbai after testing positive for COVID-19. At that time, his spokesperson shared: “Despite the greatest precautions, unfortunately Mr. Bappi Lahiri tested positive for COVID-19. He is under very good and expert care at Breach Candy Hospital. Bappi Dada’s family asks everyone who has entered. contact with him in the recent past to be tested as a precaution. “

Bappi Lahiri is one of the most famous singers in the industry. He has voiced several hit and evergreen songs including “Chalte Chalte”, “Disco Dancer” and “Sharaabi”. The veteran singer’s latest Bollywood song was called “Bhankas” which featured in Tiger Shroff -Shraddha Kapoor starrer “Baaghi 3”.