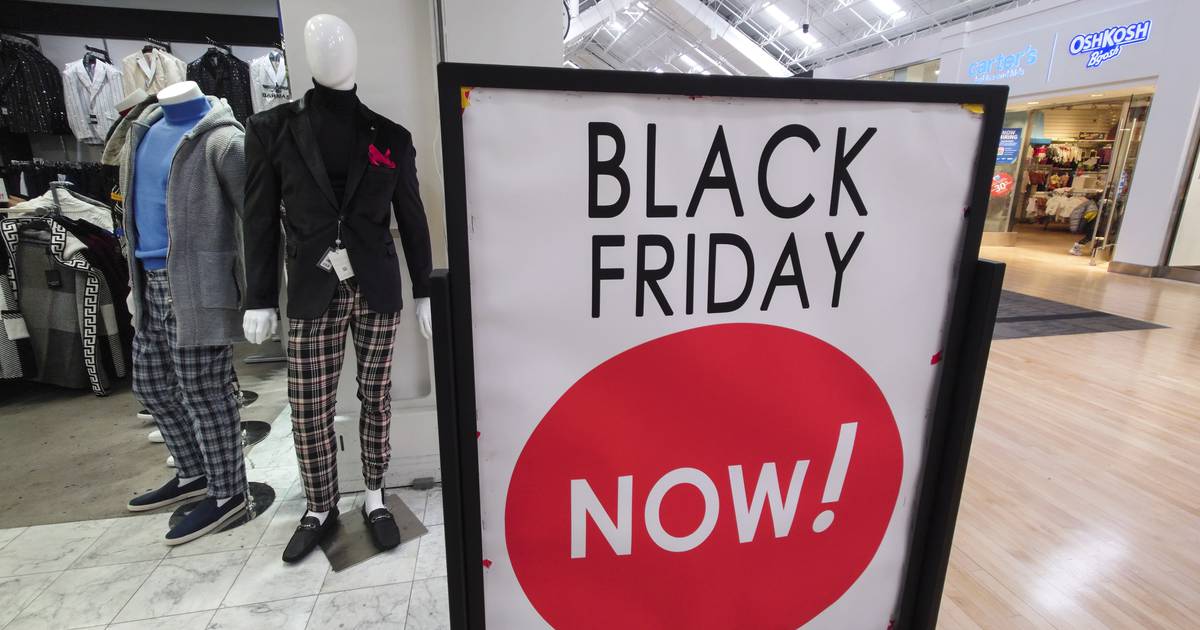 Scammers may be online all the time, but when the holidays arrive, they kick into high gear.

That’s because “all the stars are aligned” for bad actors, said Mark Ostrowski of Check Point Software, an online security firm. The shopping frenzy, big sales, and fundraising give scammers plenty of opportunities to trick people into clicking malware booby traps, revealing sensitive personal information, and coughing up money in response to deceptive emails and text messages.

You don’t have to be a Grinch to protect yourself from these fraudsters, but you do need to be skeptical of the unsolicited emails and texts you receive – something you should honestly be doing all year long. While you’re at it, remember what scammers like to do during the holidays and how your actions online inevitably expose you to more risk.

Here are some tips from Ostrowski, Norton researcher Kevin Roundy, and other experts on the holiday scams to watch out for and the types of practices that can protect you.

In the pre-Amazon days, holiday shopping meant fighting your way through the crowds at the mall or local shopping district. And for the real bargain hunters among us, it meant queuing for hours before sunrise, hoping for a chance at an insanely cheap TV or game console.

Some of that still happens – witness the frenzy two years ago by people trying to land a Sony Playstation 5 – but much of the in-person Christmas shopping has given way to online sales. That means more people are looking for deals online and getting packages delivered to their homes, which means more opportunities for scammers to impersonate new online retailers or impersonate well-known shipping companies.

Check Point’s research department estimated that 1 in 6 malicious emails sent in the first 10 days of this month were scams. These often convey the urgency to get you to click a link carelessly, for example saying there’s a problem with your delivery that you need to fix immediately. And by clicking that link, you either download malware onto your device or take you to a site that tries to smuggle sensitive personal information out of you.

These scams are common because they are effective. Is there anything harder to resist than a text message supposedly from UPS with a link to a tracking number? Or from FedEx saying you have a “delivery exception”? I do not think so. But you must resist.

You can try to identify fraudulent emails by carefully checking the sender’s address for a domain that does not match that of the shipping company, or by checking the email for spelling and grammatical errors. Better yet, just ignore the emails and go to the shipping company’s website instead, where you can enter the tracking number the retailer provided with your purchase. This way you can find all the information you need about your package safely and easily.

You’ve probably grown tired of the phrase, “If the deal seems too good to be true, it probably is.” But just because it’s corny doesn’t make it any less true. And it’s especially important at this time of year when scammers create traps especially for bargain hunters.

The problem, Roundy said, is that we tend to let our guard down during the holidays. “Slightly more than 1 in 3 American adults admit to taking more risk during the holiday season,” he said; not surprisingly, more than a third have fallen victim to shopping scams, with an average loss of $387.

Here is an example of the kind of scams you could face this year. In the second week of November alone, Check Point Research found that nearly 15,000 fake websites have been created to offer discounted designer handbags. In addition to stealing sensitive personal information such as credit card numbers, such sites may also try to sell you overpriced Louis Vuitton, Dior, and Balenciaga imitations.

Black Friday “doorbuster” sales from retailers like Best Buy and Walmart encouraged people to suspend disbelief at prices that seem impossibly low. Nevertheless, Roundy said, when you see a popular product being offered at a huge discount, you have to ask yourself if it makes sense for a legitimate retailer to do so.

You also cannot assume that an unknown retailer is on the rise just because it has an extensive website with thousands of products. “Scammers invest a huge amount of effort into their sites,” said Roundy. “A lot of our intuitions fail us, so we have to be pretty careful this time of year.”

The wisdom of crowds can help protect you from fake online sellers. Roundy suggested copying the domain name of an unknown website from your browser’s address bar and then searching for that term along with the word “scam” or “review.”

Users are quick to share their suspicions on sites like Reddit and ScamAdviser. And established sites are likely to have a lot of customer reviews, Roundy said, though that, too, can be played. Scam sites typically have a lot of bad reviews or bits of bad reviews mixed in with a series of short and very positive reviews, presumably posted by the scammer.

He said it’s also important to check the ratings of individual sellers on platforms like EBay and Amazon Marketplace, which can help distinguish the trustworthy from the untrustworthy.

Social Catfish, which offers a scam detection service for a fee, said heavily discounted game consoles and gift cards are two common lures used by scammers who take your money and deliver nothing. Check the URL to make sure you’re buying electronics from a retailer’s site and not a counterfeit with a similar spelling, says Social Catfish, and get your gift cards directly from the source.

See also  Ohio vs. Ball State Prediction: Back the home underdog in the MAC tonight

(Even if the discounted gift card you buy is a genuine card, Roundy said, the seller could be laundering money for an illegal business. After all, why would a legitimate company sell you something with $100 cash value for less than $100? )

Reverse image searches, such as those offered by Social Catfish or Google’s free Google Lens, can also help protect you from scams on specialized websites or selling platforms such as eBay, Craigslist, and Facebook Marketplace. If the seller posts a photo of what is supposed to be the actual item — say, a puppy or a designer dress — save a duplicate of the image to your computer or smartphone, then upload it to a reverse image search site. The search could reveal if the seller copied the photo from someone else’s site, which would be a giant red flag.

Another problem for bargain hunters is counterfeit goods and “grey market” products – versions that companies sell at lower prices outside the United States, but whose warranties may not apply here. Amazon has a well-documented history of counterfeit goods being sold on its site, though the e-commerce giant said in June it is spending more on the problem and seeing better results.

Many of those calls end up in your email inbox. Unfortunately, your inbox can also collect messages from scammers, who use emails as their main tool for finding victims, Roundy said.

According to AARP, you’re more likely to run into a charity scam this holiday season than any other scam. Nearly 40% of those surveyed said they had received a pitch from a fake charity.

One scammer technique, Roundy said, is to send you an email in the name of a popular charity, thanking you for past donations and asking again for your help. The link in the email takes you to the scammer’s bogus site, not the charity’s site, where they may attempt to steal sensitive personal information and money.

Scammers may also tie their calls to a recent tragedy or emergency that made headlines, and may set up a fraudulent GoFundMe site to funnel money away from the real victims, Roundy said. Or they can use fraudulent social media accounts to make bogus pitches based on a celebrity’s real charity work.

The best defense against this type of scam, Roundy said, is not to try to make a donation through a link in an email, text or social media post. Instead, go to the charity’s website and give directly.

You can also look for the same kinds of clues in charity emails that you’d look for in unsolicited messages, he said, such as spelling mistakes, grammatical errors and odd wording. Fake charities often try to fool you by using names similar to those of legitimate organizations, Roundy said: “It may sound official, but it’s not quite the real thing.”

To promote safe giving, some employers create Giving Tuesday portals on their websites to send donations (and possibly matching contributions) to the charities they’ve verified.

Briefing in the afternoon

Top stories from the TUSEN editors, delivered to your inbox every afternoon.

Alternatively, you can also do your own research on unknown charities. The Internal Revenue Service’s database of tax-exempt organizations is a data-rich resource. However, the more user-friendly search tools offered by Charity Navigator, Charity Watch, and the Better Business Bureau give you an idea of ​​how well a charity is run, in addition to verifying that it is genuine.

One thing all types of online scammers have in common is that they prefer to get paid in a way that cannot be revoked. So if someone won’t allow you to pay with a credit card, it’s cause for concern.

Rule No. 1 is: Don’t do business with people who ask to be paid with gift cards. That is a favorite of scammers around the world as the money cannot be recovered or traced.

Paying via Zelle isn’t much better, by the way, as the system offers no assistance in recovering money from scammers. Paying someone via Zelle is no different than handing over cash.

Rule No. 2 is, don’t do business with people who ask for payment outside of the platform they use to sell their products. Selling platforms like eBay, Etsy, and StockX offer ways to get your money back if you’ve been scammed, but only if you use their payment services. If the seller tries to persuade you to send money directly, that’s a red flag.