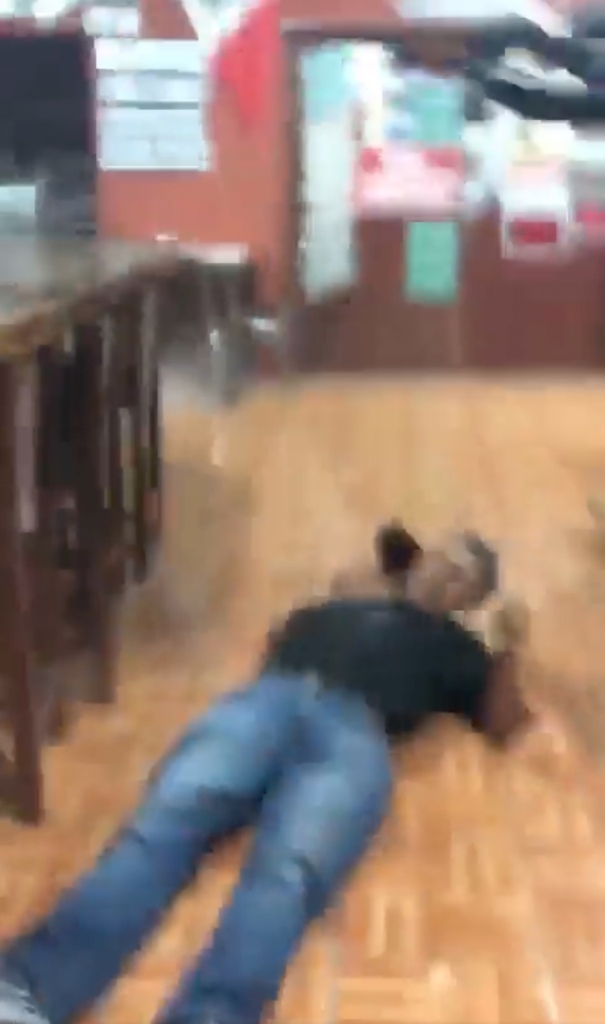 A chilling video shared on social media shows the bloody aftermath of a massacre by an alleged drug cartel gunman who killed at least nine people and injured three, in a Mexican billiard room.

At least six men in three vans had stopped in front of the pool hall just before the shooting broke out, witnesses later said.

The video, shared on Twitter by RawsAlerts late Wednesday, chaos in the bar shows as panicked patrons try to dodge the relentless gunmen — and bodies and handwritten signs lying on the floor.

The signs were later identified as notes of the Santa Rosa de Lima drug cartel, which claimed responsibility for the horrific attack.

El Universal reported that the gunmen escaped after the massacre. Both the Mexican National Guard and the military are investigating.

Tarimoro, with a population of less than 36,000, is located more than 160 kilometers from Mexico City. The mass shooting comes just a month after a clash between rival cartels in Juarez, just south of El Paso, that left 11 people dead.

“It wasn’t just the clash between two groups, but it got to the point where they started shooting at civilians, innocent people. That is the most unfortunate thing in this matter,” President Andrés Manuel López Obrador said at the time.