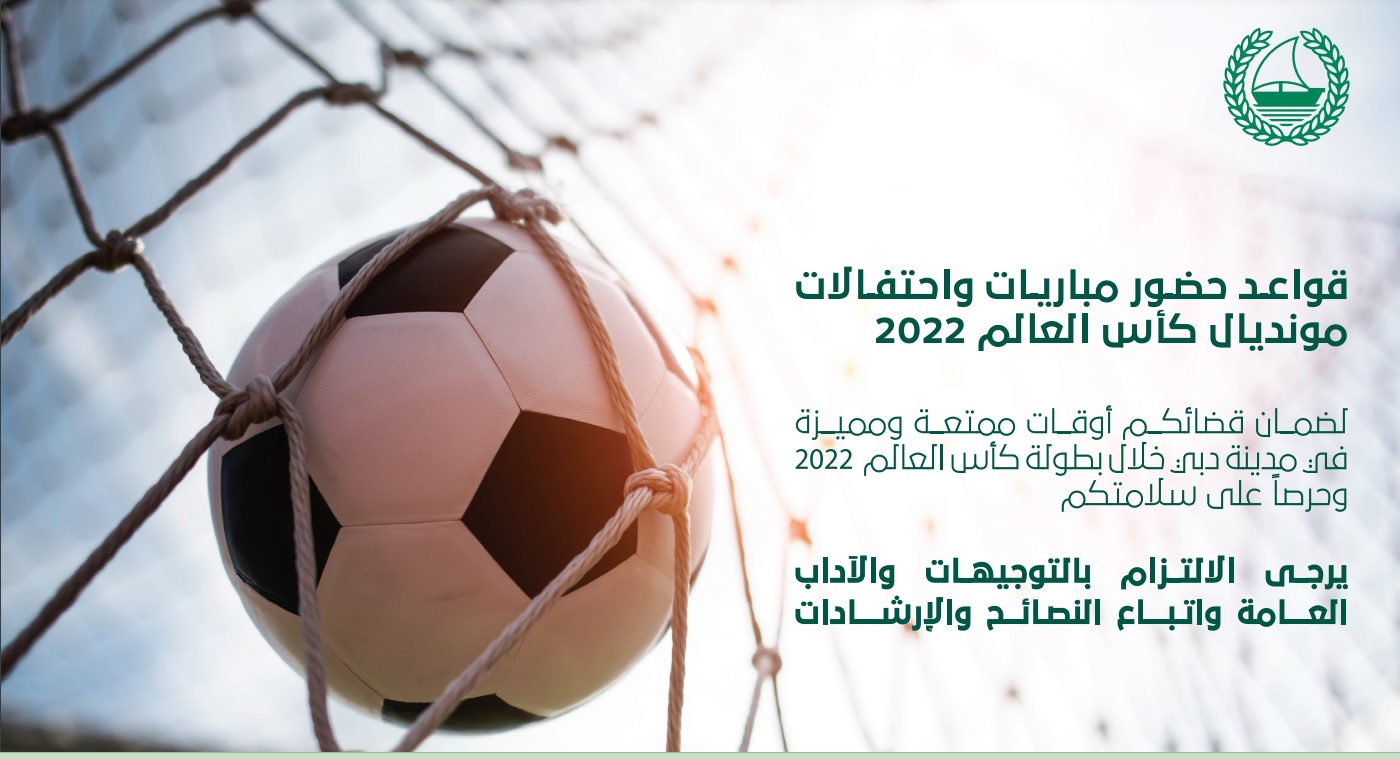 Dubai Police has identified 13 rules that must be adhered to while encouraging the activities of the World Cup by hundreds of thousands of visitors who came and are expected to come to the emirate during the important event, in addition to its residents who are enthusiastic about football, in the framework of a guide it launched under the title “Encourage with Dubai’s Hospitality… Encourage Safely”. .

The rules that I announced included not celebrating in unallocated places, in order not to disturb others, taking into account the privacy of others during filming and showing sportsmanship, observing the country’s values ​​and culture by avoiding disrespecting religions, and avoiding the use of games and fireworks.

In detail, at the beginning of the comprehensive guide, Dubai Police was keen to welcome the emirate’s guests, stressing that it is a city of tolerance, openness and diverse cultures, appealing to everyone to enjoy the matches of their favorite teams in accordance with the laws and regulations.

The guide included an overview of the emirate as the seventh in the world in the index of the safest cities, and its possession of a developed infrastructure, whether with regard to roads, ports and airports, which makes it one of the busiest gates of the world in the region for business, trade and tourism, in addition to being a melting pot in which all nationalities work side by side. Side, enjoying an exceptional lifestyle, an oasis for blossoming minds and integrating health and innovation.

Dubai Police published a list of 13 rules that viewers of the World Cup matches must abide by, dealing with directives, public morals, advice and instructions that ensure the safety of everyone and non-violation of laws.

The first rule mentioned not to celebrate in places not designated for that in order to avoid disturbing others, the second was not to drink or possess alcoholic beverages in public places, and the third was to preserve public property.

She indicated that the fourth rule is to take into account the privacy of others during filming, and the fifth to show sportsmanship and avoid sports fanaticism while cheering, and the sixth to respect the culture of the state as a homeland for tolerance, and to prevent contempt of religions and all kinds of discrimination and addressing political differences,

And in the seventh rule, it warned against the use of smoke flares, for the safety of the fan and to preserve its surroundings, and it appealed to visitors in the eighth rule to memorize the taxi side number or the plate number, or to keep the payment receipt to facilitate finding any missing items.

And in the ninth rule, she advised not to leave luggage in public places in order not to lose it, and in the tenth rule, to avoid showing emotion in public places in observance of morals, as emphasized in the eleventh rule, not to allow the use or circulation of narcotic substances, and in the twelfth to refer to the competent authorities, if desired. Holding any entertainment events, to obtain the necessary permits and approvals, and finally to avoid unlicensed massage parlors and suspicious advertisements.

Dubai Police was keen to include in the guide the most important numbers and means of communication with it, and ways to use its electronic application, pointing to the availability of smart police stations that provide all its services without human intervention, such as opening a criminal report, handing over finds, and issuing requests for certificates and permits.