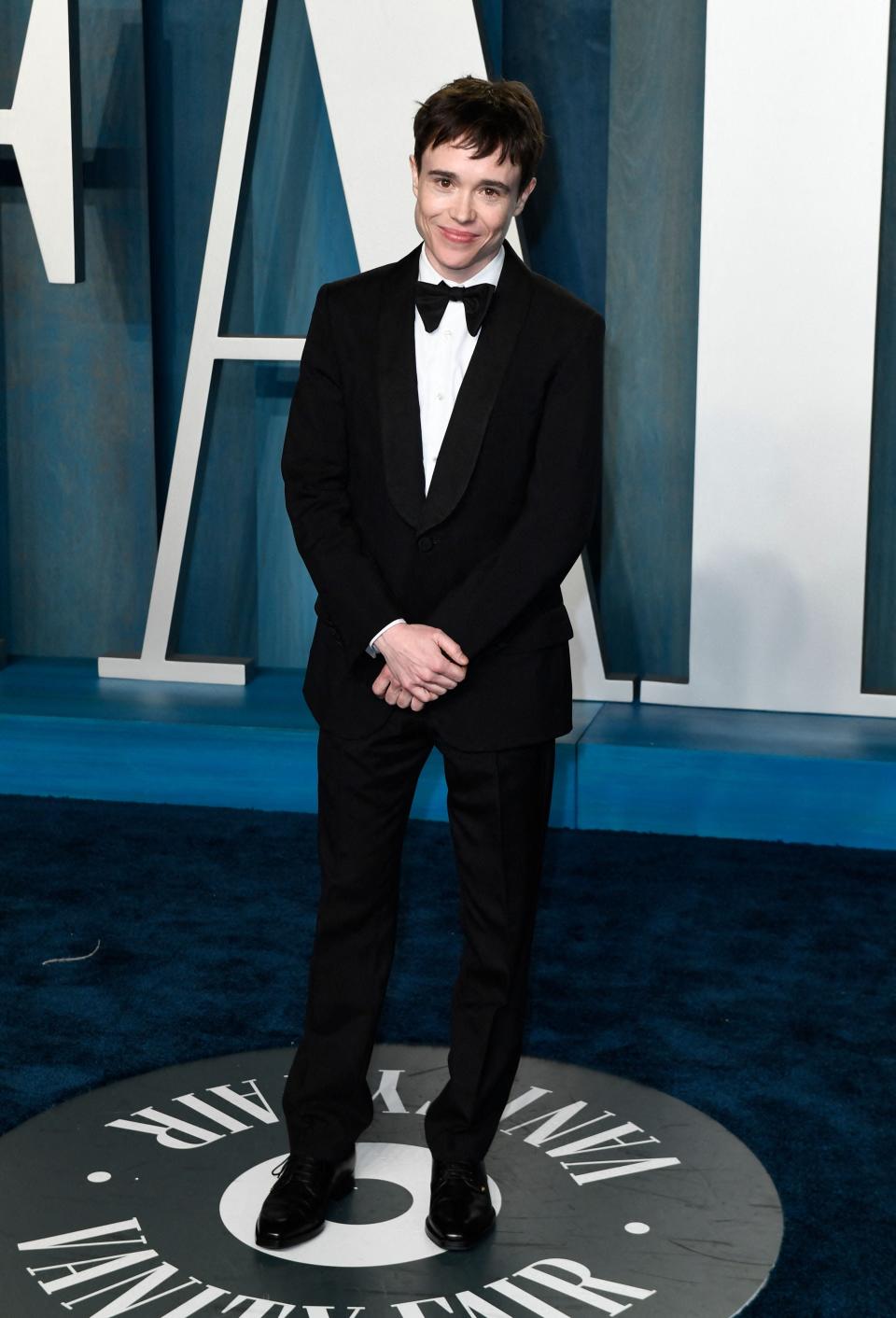 “Umbrella Academy” is back on Netflix, and this season Elliot Page is “proud” to see the evolution of his character.

In March, Page, 35, shared that her character Vanya Hargreeves will be Viktor in the future. Viktor’s transition journey parallels that of Page, who came out as transgender in December 2020.

The ‘Umbrella Academy’ actor appeared on Tuesday’s ‘Late Night with Seth Meyers,’ where he discussed how Viktor’s transition was approached.

Page shared that showrunner Steve Blackman “seemed really excited to bring (my transition) into the show” once he spoke about it. The team also brought author and trans journalist Thomas Page McBee to the set where he “helped” bring Viktor’s story to life.

“I’m proud of it and can’t wait for people to see it,” Page said.

‘I am fully who I am’: Elliot Page covers Time magazine, upcoming talks and trans equality

“Umbrella Academy” returned to Netflix on Wednesday. The first episode does not deal with Viktor’s transition as his family and friends still know him as Vanya. The character also still sports the same long hair he’s had since Season 1 – something that later becomes symbolic.

In the second episode, Viktor decides to have his hair cut by a hairdresser at the Obisidian hotel. Dialogue from Sissy (Marin Ireland), a Season 2 character, plays in Viktor’s head while he’s in the living room chair. “You don’t even notice the box you’re in until someone comes and lets you out,” Sissy says.

After the haircut, Viktor gets into an argument with his siblings as they discuss whether to kiss their new enemies The Sparrow Academy. When Viktor intervenes, his brother Diego (David Casteñada) retaliates: “Who elected you, Vanya?”

“That’s, uh, Viktor,” he says, before telling his siblings, “That’s who I’ve always been.”

His brothers accept the fact, before returning to the current discussion. “Really happy for you, Viktor,” Five (Aidan Gallagher) says. “But last time I checked, you don’t speak for this family.”

In another conversation, Viktor talks to his older sister Allison (Emmy Raver-Lampman), who feels bad for not noticing him.

“You couldn’t know because I didn’t fully understand it,” Viktor’s character says, adding that Sissy’s death in Season 2 made him realize he “can’t live in that box anymore.” .

What you need to know about gender dysphoria: Elliot Page ‘collapsed’ after ‘Inception’ premiere from stress of continually wearing dresses

The pair later walk past a shop window where Viktor notices that he finally feels like he sees his reflection. “You know I’ve always hated mirrors. I thought everyone felt so weird about themselves. Guess that’s not true, is it?”

During Page’s “Late Night” appearance, Meyers asked if Viktor’s support system was true to the actor’s real-life experience to which he shared that “most people weren’t surprised. “and that his entourage was very supportive.

Meyers also asked how the “Juno” alum felt about the negativity surrounding his transition.

“What I want to focus on right now, and that has been so amazing, is the degree of joy I feel, the degree of presence I feel. I feel a way that I really never thought I would. possible for a very, very long time,” Page said. “Of course, some moments can be overwhelming.”

The actor added, “I feel like it’s so unfortunate because we’re all on the same team here, you know? Whether you’re trans, non-binary, cis, we all have those expectations and those limitations and constraints because of people’s obsession with binary and the way we’re meant to live. To me, it would be so special for us all to be able to connect and talk about how we’re all similar.

Elle Macpherson, 58, is every inch the supermodel as she poses in Paris

War in Ukraine hits Germany with its first trade deficit in...