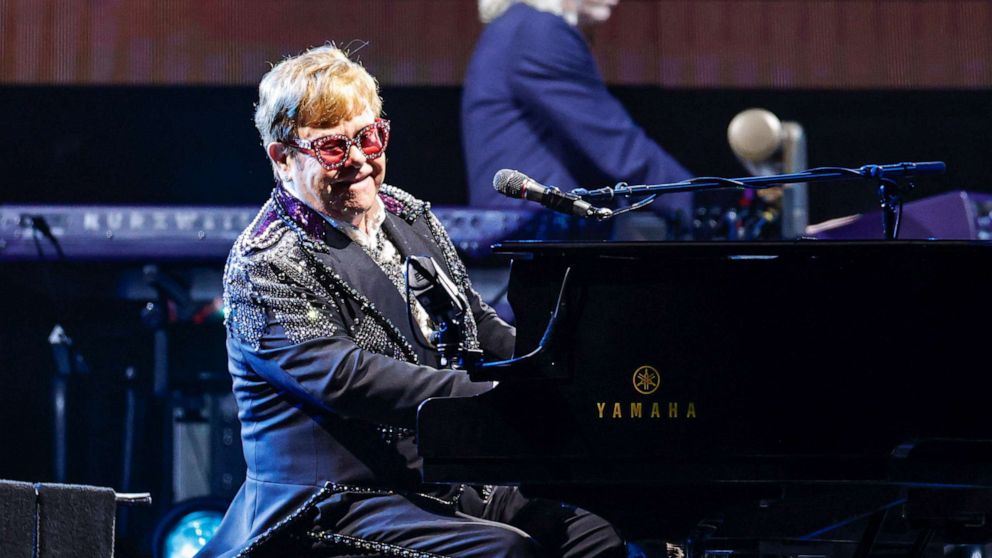 Biden has said his songs hold deep meaning for him and John, TUSEN reported, asked the White House if he could perform.

The event, called “A Night When Hope and History Rhyme”, is part of a collaboration with A&E Networks and The History Channel, according to the White House. The event’s title is a quote from Irish poet Seamus Heaney that Biden often uses in speeches and remarks, including when he accepted the Democratic nomination in 2020.

The event, attended by cabinet secretaries and 2,000 invited guests, is said to honor John’s life and work, and commemorate “the everyday history makers in the public, including teachers, nurses, frontline workers, mental health,” according to the White House. advocates, students, LGBTQ+ advocates and more.”

Biden and his wife will make comments.

John has scheduled a concert Saturday night at nearby Nationals Park, as part of his “Farewell Yellow Brick Road Tour.” The more than 300 world tour dates are a farewell to his fans around the world, according to the “Crocodile Rock” singer, part of a nearly 50-year career in music.

It is not the singer’s first time at the White House. In 1998, President Bill Clinton invited him to play at a state dinner for then British Prime Minister Tony Blair, along with Stevie Wonder.

Biden has said John’s music has comforted his family in their most painful moments.

In his 2017 memoir, “Promise Me, Dad: A Year of Hope, Hardship, and Purpose,” Biden said he visited his son Beau in the hospital one night, shortly before Beau died of brain cancer. John had been to the White House earlier that day, Biden wrote.

When he reached Beau’s bed that night, Biden sang, Biden said, “Crocodile Rock” for Beau—just as he had done for Beau and his other son, Hunter, many years earlier, after Biden’s wife and daughter were killed in a car accident. accident.

“The words came back like it was yesterday, but after the first few lines I started to get emotional and wasn’t sure I could continue,” Biden wrote. “Beau didn’t open his eyes, but I could see through my own tears that he was smiling. So I gathered myself and stuck with it, for as much of the song as I could remember.”

In addition to his music, John has also been acclaimed for his work as an AIDS activist, testifying on Capitol Hill numerous times in support of AIDS funding. According to its website, the Elton John AIDS Foundation has raised more than $600 million to date since its founding in 1992.

John also has another presidential fan — former President Donald Trump — who reportedly wanted the Grammy Award winner to play at his inauguration, but John declined.

Trump regularly plays John’s music at his rallies and infamously reacted to the news of the death of Supreme Court Justice Ruth Bader Ginsburg as “Tiny Dancer” blared in the background.

Trump even called North Korean leader Kim Jong-un “Little Rocket Man” in what appears to be a reference to John’s song, “Rocket Man”. The singer also performed at Trump’s 2005 wedding to his current wife Melania.