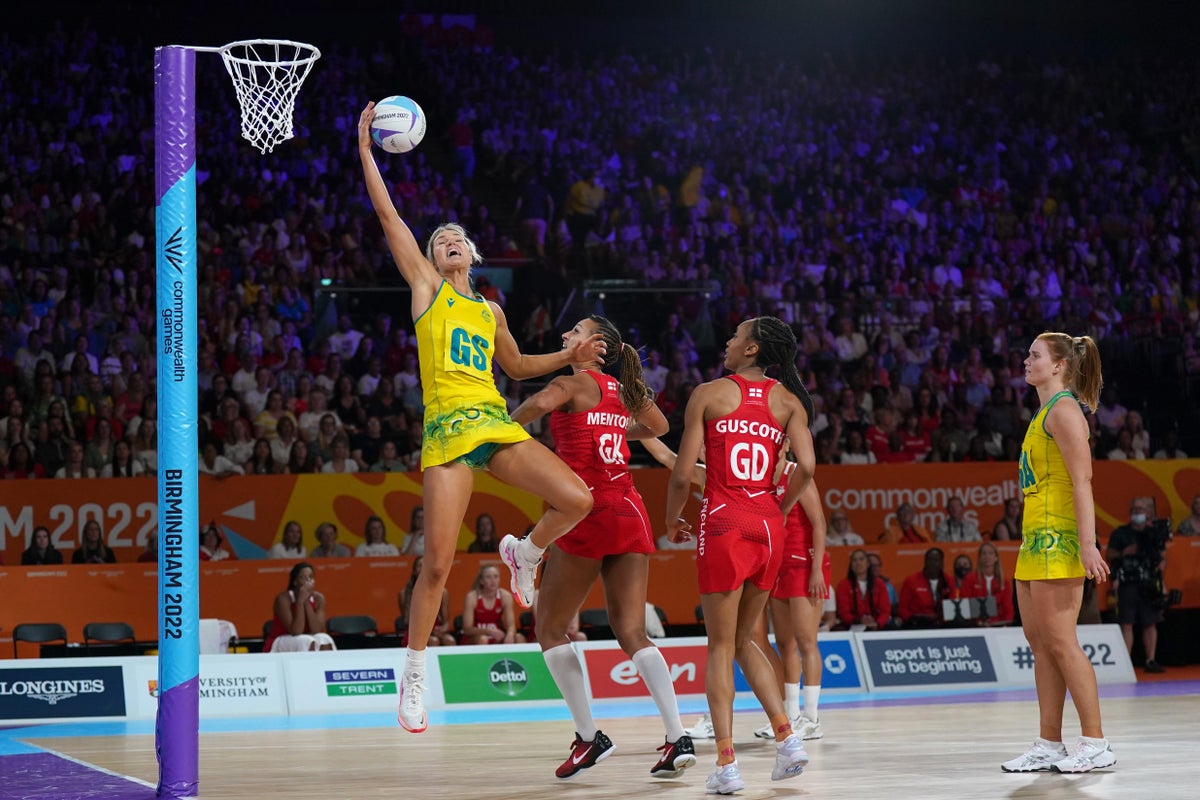 England’s hopes of retaining the Commonwealth Games netball title were dashed by a 60-51 semi-final defeat to Australia in Birmingham NEC.

Jess Thirlby’s side was never up front against the Diamonds, who they famously beat at the last second on the Gold Coast to win the title four years ago.

Three down after the first quarter, Thirlby traded Helen Housby’s goal-attack for Eleanor Cardwell, but the move had little noticeable effect as Australia dominated the middle section.

While goalkeeper Geva Mentor also had a negligible impact interrupting Australian goal strike Gretel Bijeta, the hosts were six points behind at 29-23 at halftime.

Fueled by the full crowd, England managed to narrow their deficit to four, but it was a brief interruption and a miss by Jo Harten midway through the third quarter allowed Australia to move up the other side and extend their lead to 10 goals .

A 45-36 deficit at the end of the third was virtually untouchable, and despite a boost in momentum from Housby’s introduction, temporarily reducing Australia’s lead to six, the result never seemed in doubt.

Australia will face Jamaica in the final after the Sunshine Girls took a hugely impressive 67-51 win over world champions New Zealand, with Jamaica’s Jhaniele Fowler scoring all 54 of her attempts.

Near-accident between freight train and bus in Christchurch under investigation