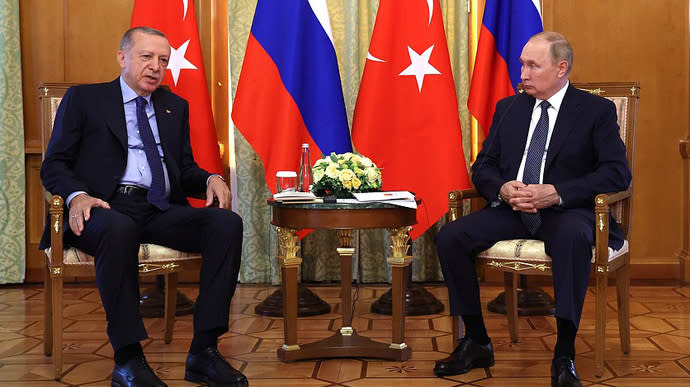 Turkish President Recep Tayyip Erdoğan and Russian President Vladimir Putin concluded their meeting in the Russian city of Sochi after more than four hours of talks.

The Kremlin’s official website states that Putin said at the beginning of the meeting that the presidents would discuss large-scale joint projects between Turkey and Russia, such as the Akkuyu nuclear power plant or the TurkStream. [a natural gas pipeline running from Russia to Turkey – ed.]. Putin noted that the latter supplies Russian gas “not only to Turkish consumers, but also to European ones”.

Putin has also raised the issue of Ukraine’s grain supply through the ports on the Black Sea.

He added that “regional security issues, and in particular” […] the Syrian crisis” with the Turkish president.

Earlier reports indicated that Putin would be accompanied by Chechen leader Ramzan Kadyrov during his meeting with Erdoğan. The end of Russia’s war with Ukraine and the possibility of a Turkish offensive in Syria would be central topics of discussion.

Journalists are fighting on their own front lines. Become our patronsupport our work!

See also  How much more do these household items cost in South Africa – including deodorant, toothpaste and washing powder?