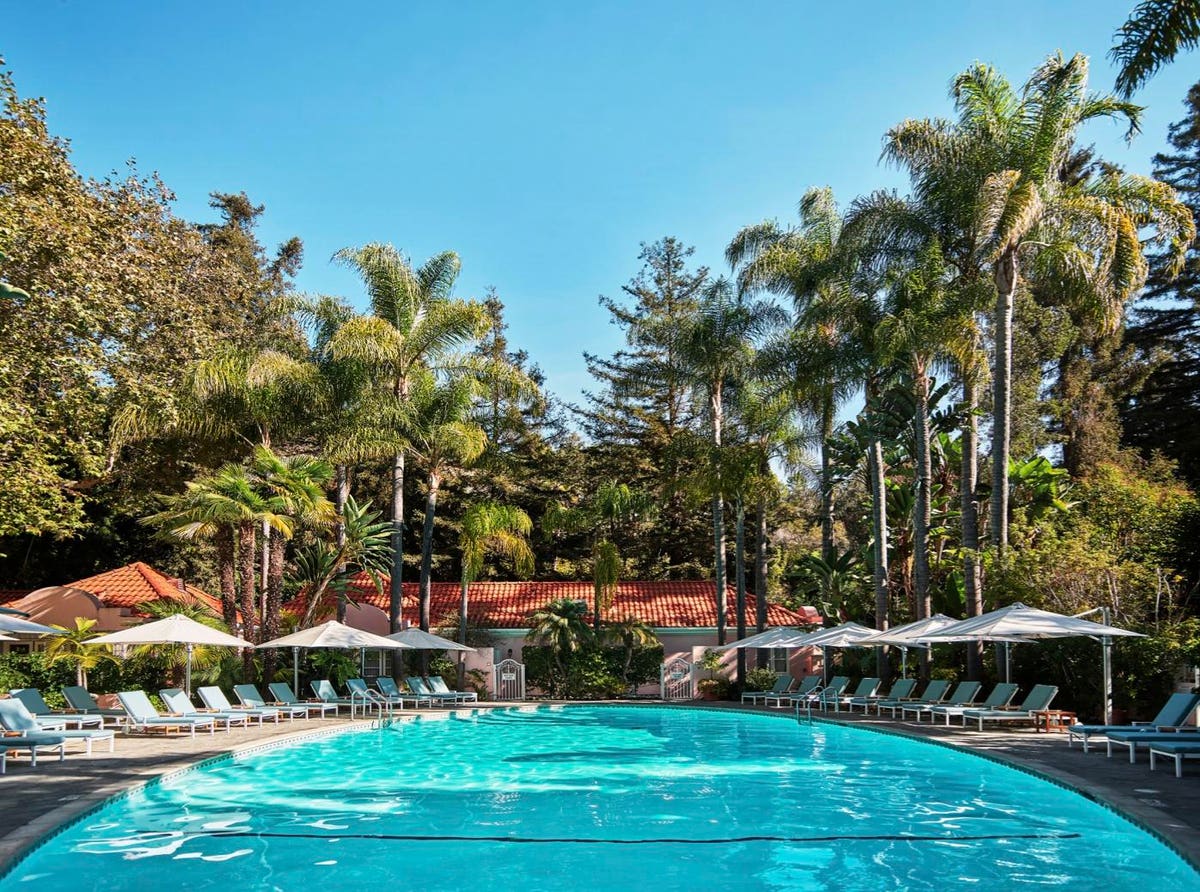 There are places where celebrities go to be seen, and there are rare places where celebrities are not seen. However, there’s only one place that has elegantly enveloped celebrities in its 12-acre secret garden for over 70 years: The Hotel Bel-Air. The Prince of Wales is said to have said: “I have slept better in the Bel Air presidential suite than in any other hotel in the world. Tom Cruise once remarked: “I have lived in Hotel Bel-Air and I always feel there very comfortable.” What’s up with this classic hotel, complete with gliding swans, that persists as Hollywood’s harbor? During a recent stay at the Hotel Bel-Air, I think I discovered it.

The top quality it takes to last as a celebrity retreat: discretion by design. Though it’s only about a mile from Sunset Blvd, the drive to Hotel Bel-Air is unobtrusive along a narrow road marked by colossal hedges and pretty gates that envelop the mansions and estates for which Bel-Air is known. A few subtle pink signs point in the direction of the property, but these indications aside, Hotel Bel-Air appears just around a corner like any house in a neighborhood. Except, of course, this neighborhood is Bel-Air, and hardly a house sits casually on a street.

The friendly attendant will take your car and you will walk across a small walkway, you may catch a glimpse of one of the property’s swans (Chloe, Athena, Hercules or Odette) skating on the hotel’s ponds. There’s a huge, old tree that literally emerges through the walkway, and 12- to 15-foot-tall white bird-of-paradise trees, miniature daffodils, billowing red bougainvilleas, and orange blossoms frame the walkway. The dripping of the water from a fountain can be picked up somewhere. There doesn’t seem to be anyone around, and that’s on purpose. This is the moment I’ve had in Hotel Bel-Air several times now during my stay over the years, but especially on this visit: a precise moment to “over the rainbow” (or at least the hotel’s bridge) to go and feel a little transported to a sparkling, secret world.

Across the bridge, one can walk right into the hotel lobby (discreetly, again by design) or pass through Wolfgang Puck’s open-air restaurant, who often waves just to greet guests on their way home, a few blocks from the hotel . I’ve always found this endearing (and met him twice at the restaurant), and it’s another reason why Hotel Bel-Air not only maintains its discretion, but also a remarkable warmth: it’s an irresistible feeling of coming home. Celebrities still get it. Long after the sojourns of Marilyn Monroe, the Beatles, Richard Nixon, Doris Day and countless others, Hollywood’s elite still find their way home to the Hotel Bel-Air. Fashion “royalty” Calvin Klein, Ralph Lauren, Isaac Mizrahi and Oscar de la Renta supposedly hang out a lot. Russell Crowe held his Oscar night party in one of the hotel’s 45 suites in 2001. Oprah Winfrey hosted the cast of Friends for their final interview at the hotel, and Lisa Kudrow, Courteney Cox and Jennifer Aniston had lunch as last of their friends’ reunion in 2015. As Prince Charles once described, Hotel Bel-Air is like “staying at a rich friend’s house.” Even if you are rich and famous, everyone can enjoy such a treat.

The rich friendliness of Hotel Bel-Air continues in the 103 rooms and suites, thanks to the all-star design eye of Canadian-born Alexandra Champalimaud. My suite had a real fireplace, put together and lit at night by a porter, French doors, heated limestone floors, and a bottle of lavender pillow spray to put me to sleep. Other suites have two-panel fireplaces, private rimmed spa tubs, and the most luxurious bathrobes imaginable. Given the range of suites with their custom design motifs, such as the Grace Kelly and Chalon suites, it’s a good idea to ask the reservations team for recommendations on which suite or room to book. Consider the array of rooms another benefit of friend warmth, which it certainly is.

Some people visit a hotel once, for example for a business trip or vacation. I like to see Hotel Bel-Air, which celebrities certainly do, as a luxury home that you often return to. Maybe your rich friend owns it, but that dear friend keeps welcoming you back. With its utmost discretion and warmth, Hotel Bel-Air remains such a popular place.