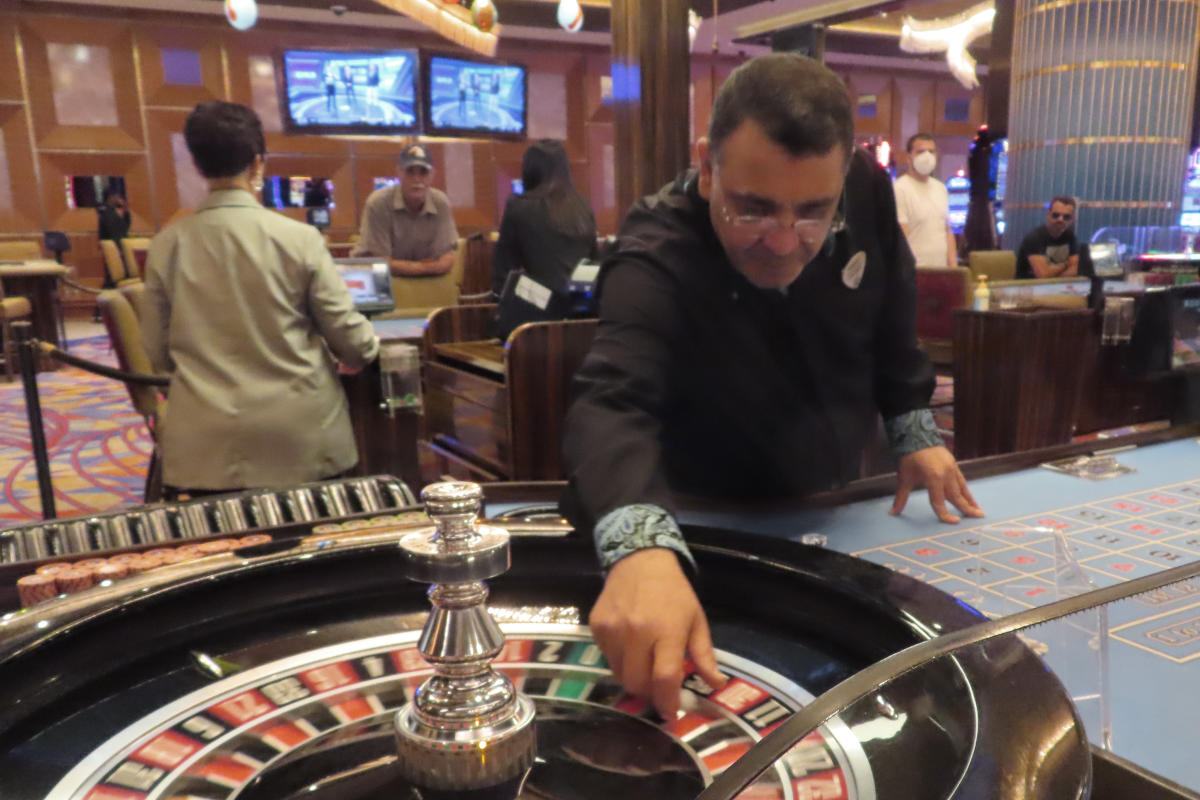 But the forced closures and highly regulated chargebacks have also taught the industry some useful lessons that will continue after the pandemic is a distant memory, panelists said at a major casino conference Thursday.

At the East Coast Gaming Congress, executives from several major regional gambling companies and one of the world’s largest said the changes they had to make as a result of the pandemic had some benefits.

“It forced us and gave us the opportunity to tell our guests that things that used to be seen as a right may not need them as much as they thought they did,” said Jim Allen, president of Hard Rock International. “Do you need a buffet? Do you have to have a buffet?”

The conference was held at the Hard Rock casino in Atlantic City, whose buffet is still active today. Some Hard Rock casinos in other states, including Florida, offer buffets while others don’t. States have different rules and health guidelines that the company follows, Allen said.

David Cordish, chairman of the Cordish Companies, which operates casinos in Pennsylvania, Florida and Maryland, said the pandemic presented his company with an opportunity “to tighten the ship.”

“We haven’t gone back to buffets,” he said. “It certainly wasn’t fun. Being closed for months was terrible for employees. But many lessons have been learned.

“What we did – and maybe we should do it again – is when we were closed, we did every kind of health and safety screening you could possibly do,” including hand sanitizers and barriers between player positions in table games, measures that were often adapted in casinos across the country.

Cordish said those costs were well rewarded when the casinos were allowed to reopen in mid-2020.

“People got tired of being locked up and coming back to the casinos, especially when we were doing these things,” he said. “It’s been fantastic since the reopening.”

The daily cleaning of casino hotel rooms has become another victim of the pandemic in some places. In June, Atlantic City’s top casino workers’ union filed a complaint with the state that four casinos failed to clean hotel rooms on a daily basis as required by law, and one admitted it didn’t have enough housekeepers to clean every room. to clean every day.

Hospitality leaders say the combination of a shortage of housekeeping staff and the reluctance of some guests to allow hotel staff into their rooms during their stay has led to the phasing out of daily cleaning standards at resorts across the country.

One lingering effect of the pandemic is smaller payrolls. This is due both to workers made redundant during or shortly after the closures and not rehired, as well as a continued difficulty in attracting new hires in the gambling industry, as with many others.

Jayson Guyot, president and CEO of Foxwoods Resort Casino in Connecticut, said he ordered a complete top-down restructuring of the company during the shutdown — something that would have been difficult if it were still in business.

But he also expressed a common concern: Foxwoods has not yet returned to pre-pandemic business levels.

That’s a major concern for Atlantic City’s casinos, which collectively have yet to return to 2019 revenue and winning levels for personal gambling.

Second-quarter results, released in August, show that five of the nine Atlantic City casinos have not exceeded their pre-pandemic earnings levels, and the resort as a whole saw a nearly 1% drop in earnings.

Atlantic City has thousands of less casino employees than before the pandemic hit. It, like virtually every other casino market, has struggled to attract new employees and retain existing ones.

Hard Rock recently made headlines by spending $100 million to give 10,000 employees large pay raises without tip, most of them in the US. Other companies have recently given smaller pay increases. Foxwoods has raised its hourly minimum wage from $10.50 two years ago to $14.50 now, Guyot said.

But the forced downsizing has enabled many casinos to learn to make do with fewer workers, voluntarily or not.

“We’ve moved as many workers as possible (during the shutdown), but you can’t keep doing 100% forever,” Cordish said.