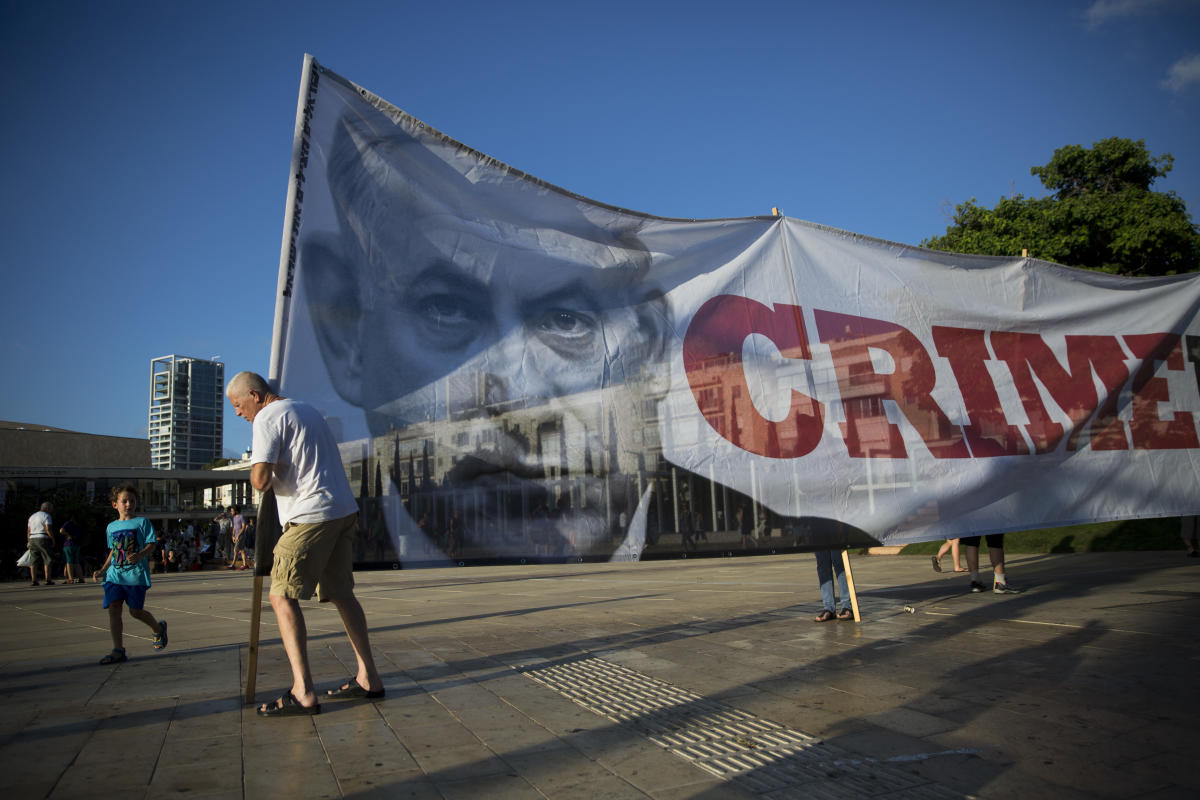 TEL AVIV, Israel (TUSEN) — Former Israeli Prime Minister Benjamin Netanyahu is about to return to office, from which he could try to make his years of legal troubles go away through new legislation drafted by his far-right and ultra-Orthodox allies. Critics say such a legal crusade is an attack on Israeli democracy.

Netanyahu, 73, on trial for corruption, will likely have the backing of a loyal and comfortable government majority that could give him a lifeline from conviction.

Defenders of the justice system say the proposed changes would allow lawmakers to abuse their authority and upset the shaky balance of power that keeps them in check.

“It puts us in a situation where our whole democracy comes down to elections, but once you’re elected, you can do whatever you want,” said Amir Fuchs, a senior researcher at the Israel Democracy Institute think tank in Jerusalem. “It’s not a normal situation in any democracy.”

Israel’s right wing has been trying for years to change the legal system, portraying it as an interventionist and leftist roadblock to its legislative agenda. The composition of the anticipated coalition is now paving the way for such changes.

Netanyahu is on trial for fraud, breach of trust and taking bribes in three scandals involving wealthy associates and powerful media moguls. He denies wrongdoing and has portrayed himself as a victim of a witch hunt by law enforcement and justice.

Netanyahu’s political rivals say such accusations from supposedly politicized prosecutors and judges are part of a campaign to erode and ultimately weaken public confidence in the justice system.

Netanyahu has claimed that the proposed law changes would not affect the outcome of his trial. While on trial, he is bound by a conflict of interest regime that limits his dealings with the justice system, although it is unclear whether it will be enforced.

Here’s a look at the legal maneuvers that could help Netanyahu:

The most controversial change would be aimed at the Israeli Supreme Court in what critics say is a direct blow to Israeli democracy.

Netanyahu’s partners say the Supreme Court far too often steps in to throw out right-wing laws. They say that voters choose their legislators to create legislation and that the Supreme Court challenging those laws is an affront to the choice of the people.

Israel has no constitution, relying instead on a set of “basic laws” that enshrine rights and freedoms. The courts have the task of checking whether the legislation complies with those laws. The Supreme Court is seen as the last resort for minorities and other groups challenging legislation they consider discriminatory.

The override clause, which is expected to be one of the coalition’s first moves, would allow the government to treat some Supreme Court decisions as non-binding. Under the proposal, which is still being negotiated, the coalition could overrule rulings by any majority, giving the government bloc overwhelming power to disrupt Israel’s system of checks and balances.

Yaniv Roznai, a law professor at Reichman University near Tel Aviv, said once the override clause is passed, the government could pass other legislative changes that could exonerate Netanyahu.

Netanyahu’s allies plan to draft a law that would postpone the prosecution of a sitting prime minister for alleged crimes until he leaves office. It is called “French law” because sitting presidents in France are immune from prosecution.

Sitting Israeli prime ministers can be prosecuted. But unlike France, Israeli leaders have no term limit, meaning the shield of immunity could potentially last for years. Netanyahu is Israel’s longest-serving leader, having ruled for 15 years and has no plans to retire.

Under the plan, a prime minister can be prosecuted for some crimes, but charges of corruption are excluded. Fuchs, the researcher, said that makes the law seem tailor-made for Netanyahu.

AMENDMENT OF THE LAWS OF CRIMINAL LAW

Netanyahu’s allies have pledged to remove from the penal code the charge Netanyahu is accused of in three counts: fraud and breach of trust.

They say the crime is ill-defined, giving the court too much discretion in deciding whether to convict. They say this puts lawmakers at too great a risk of unjustified prosecution.

Critics say clearing the charges would take away any protection against corruption. They argue that tackling the charges Netanyahu is accused of could erode the rule of law, opening the door for further changes to the legal code to bail out other lawmakers.

Yoav Sapir, a former Israeli senior defender, said that the removal of an offense has retroactive effect. That could lead to charges in all three of Netanyahu’s cases being dropped and two of the three cases dismissed outright.

Netanyahu’s allies want to split the attorney general’s position into three separate jobs, with at least two of the positions being political appointments.

The current Attorney General, Gali Baharav-Miara, was nominated by the outgoing government and appears to have supported her predecessor’s decision to indict Netanyahu. And while firing her is complicated and ill-advised, splitting the post would keep her in her post until the end of her term in 2028, while handing over some of her responsibilities to a political appointee who could decide to to stop the process.

Netanyahu’s legal woes give enormous clout to his would-be coalition partners, who have negotiated hard in tougher-than-expected talks now underway to form a government.

His allies are asking for influential portfolios, such as defense, finance and public safety. They also want to grant legal immunity to soldiers who operate against Palestinians, allow segregation between men and women in certain public areas and increase government grants for tens of thousands of ultra-Orthodox Jews who study Jewish texts instead of working.

Ultra-Orthodox and far-right parties could hold the key to Netanyahu’s legal rescue, giving them great power in setting the next government’s agenda and shaping Israel’s future.

The 2022 Kennedy Center Honors: George Clooney, U2 and more

The 2022 Kennedy Center Honors: George Clooney, U2 and more

Bargains are starting to lure big banks back into betting in...